From radiometric dating, we know that the Earth is about 4.54 billion years old. While there is some debate on the date of the very first evidence of life on Earth, most estimates put it somewhere between 3.65 and 3.85 billion years ago. The universe, however, is known to be much older -- about 13.77 billion years old. This conclusion comes mainly from a combination of data from the Wilkinson Microwave Anisotropy Probe, with a determination of the rate of cosmic expansion by the Hubble Space Telescope. Consequently, it is relevant to wonder when life might have first emerged in the universe. The question become particularly intriguing when we realize that astronomers now estimate that the Milky Way galaxy alone may harbor as many as 4.5 billion Earth-sized planets in the "habitable zones" around their host stars. The habitable zone is that band around a star that allows for liquid water (thought to be at the very least conducive, if not essential, for life) to exist on the planet's surface.

The first thing to note is that it would not be farfetched to assume that first-generation life has to be carbon-based. By "first-generation" I mean life that emerged spontaneously out of chemical processes, rather than, say, some form of robotic life created (at least initially) by the intelligent products of first-generation life. The assumption of life being carbon-based is plausible because we know of no other atom capable of creating the stable, complex molecules that seem to be necessary for life. Given that ordinary (baryonic) matter is composed of the same atoms throughout the cosmos, carbon seems to be the go-to atom when complexity is desired. However, carbon did not always exist in the universe. Carbon nuclei were created in the hot interiors of stars, by fusing together three helium nuclei. Most of the carbon in the universe was generated in the nuclear furnaces of intermediate-mass stars, which subsequently ejected their outer layers in the late stages of their evolution (Fig. 1). 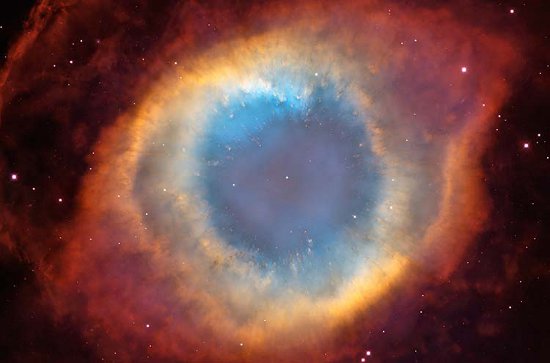 Observations from the ground and with the Hubble Space Telescope have shown that the cosmic rate of birth of new stars reached its peak some 9 to 10 billion years ago, and it has been declining ever since. The peak in the universal rate of carbon production lags behind the cosmic star-formation rate by no more than about 1 billion years. Consequently, we can guess that if the universe did indeed experience a burst of life-formation, similar perhaps (in terms of its eruptive nature) to the Cambrian explosion on Earth, the earliest this might have happened was about 9 billion years ago.

It took life on Earth about 3 billion years to develop from primitive to complex. We have no idea if this is "typical," but it seems reasonable to assume that if "intelligent" life develops at all, this process should take a few billion years, given the rather slow pace of Darwinian-like evolution. This means that we might expect "intelligent" (more cautiously, "complex") life forms to have emerged in abundance in the universe some 5 to 6 billion years ago. If true, then there could be quite a few civilizations out there that are more advanced than ours by a few billions of years. How is that for a humbling thought?