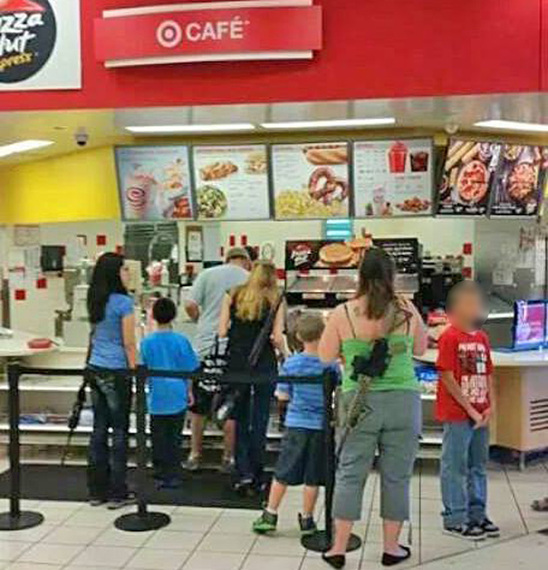 The purpose of terrorism is to terrorize. Much of the American population is terrorized. In that light, we're giving the jihadi terrorists exactly what they want.

When did the US become such a nation of cowards that a rag-tag army of roughly 20,000 ISIS guerillas in the desserts of Syria and Iraq, and a handful of supporters in the West, could put much of the US nation into a state of terror and fear, dominate the media, shape the Presidential campaign, and give leading politicians unprecented license to call for discrimination against an entire religion, suppress the First Amendment, and silence the Statue of Liberty's promise to "give me your tired, your poor" by barring refugees fleeing war?

This is a nation that won its independence from the British to create the first democratic republic in modern history, absorbed and assimilated wave after wave of foreign immigrants, fought a bloody civil war to preserve the union and abolish slavery, led the civilized world to defeat fascism, survived the Great Depression, won the cold war, abolished legal segregation, and with 4.4 percent of the world's population produces 17 percent of global GDP and accounts for 37 percent of world military spending equaling the military spending of the next nine countries.

Yet a handful of jihadi terrorists has much of America shaking in its boots, running to gun stores seeking protection from their neighbors, and supporting candidates who would discriminate on the basis of religion and would trade hard-fought liberty for false security through abridging our Constitutional liberties by invading the privacy of every innocent American citizen in the vain hope of finding a needle in a haystack.

So I ask again, when did America become such a nation of cowards?

The tragic and barbaric mass shooting in San Bernardino slaughtered 12 innocent civilians. 128 people died in the brutal attacks in Paris. Less than 3,000 people lost their lives on September 11, the deadliest terrorist attack in history. (One of them was by dear cousin Karen who worked in the World Trade Center, so I have personal experience with the loss of a loved one at the hands of terrorists.) This is horrific.

But there have also been more than 1,000 mass shootings since Sandy Hook and 355 incidents this year alone in which at least 4 or more people were injured or killed, none by Islamic jihadists. 32,000 Americans die every year in auto accidents -- so you have a far greater chance of dying while driving to the mall or your workplace than you do in being shot by a terrorist when you get there.

Yet every terrorist attack leads to mass hysteria and counterproductive over-reaction. In the wake of 9/11, the US fought wars in Afghanistan and Iraq that cost trillions of dollars and hundreds of thousands of lives. They not only didn't make us safer. They made us less safe. The rise or ISIL is a direct result of the Iraq War. We've created a huge new bureaucracy in the Department of Homeland Security with 188,000 employees, 200,000 contractors, and a cost of $649 billion from 2001-2011. Vast new powers were vested in the NSA, CIA and other arms of the national security state to spy on innocent Americans.

Now, in the wake of Paris and San Bernardino, there are serious calls to ban Muslims from entering the country.

There are vested interests who benefit from scaring Americans. The military-industrial complex and gun manufacturers profit from endless war and fear of your neighbor. The national security state gains vast new powers to invade the privacy of innocent Americans. Demagogic politicians gain attention and support by playing to our fears instead of our hopes. And the mass media attracts larger audiences and sells more ads by focusing their coverage on terrorism and Trump. Coverage of the Paris terror attacks exceeded coverage of the Paris climate talks many times over.

There are plenty of things for Americans to be insecure about. For the first time since the 1960's, less than half of Americans are middle class. Economic inequality and insecurity has exploded. More and more people live paycheck to paycheck. Our political system is increasingly bought and sold by a handful of oligarchs. Climate change threatens the existence of human civilization as we know it. The US and Russia still have thousands of nuclear weapons pointed at each other.

But increasingly, all those insecurities are focused on fear of terrorism, which, though real, is a simply not the biggest threat to our military and economic security.

It's time for Americans to stop being cowards and stand up to those who would have us quiver in our boots over a few thousand jihadidists and look with suspicion at our neighbors. We're better than that.