"... if you believe in God, then intellectually you cannot believe in man-made global warming ... You must be either agnostic or atheistic to believe than man controls something he can't create." -- Rush Limbaugh 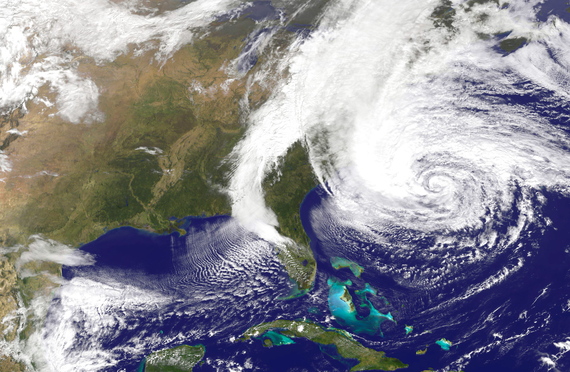 Conflict between faith and science is as old as science itself.

In 1543, Copernicus's great work, On the Revolutions of the Heavenly Spheres, laid the groundwork for a new model of the cosmos, with the sun, rather than the Earth, at its center. Attempting to preemptively defuse the controversy the new worldview would unleash, Copernicus's publisher anonymously attached a preface. Addressed to the pope, it stated boldly that the author's only purpose in challenging the status quo was "to seek truth in all things as far as God has permitted human reason to do so."

The overture failed. Copernicanism became de facto heresy. For Galileo's unabashed promotion of the new worldview, the Vatican summoned him, aged and infirmed, to face the Inquisition. The verdict: guilty of heresies "more scandalous, more detestable, and more pernicious than any contained in the books of Calvin, of Luther, and of all other heretics put together." Having been shown the instruments of torture and facing execution, Galileo recanted. Broken but spared, he remained under house arrest until his death in 1642.

When faith and science collide, science ultimately wins. Facts are inherently verifiable; beliefs are not.

But the process of reconciling paradigm-busting facts with long-cherished beliefs is agonizing and slow. Not until 1992, 350 years following Galileo's death, did the Vatican officially apologize for the Church's harsh treatment of the greatest scientist of his time.

In the long run, facts prevail. In the short run, belief -- right or wrong -- trumps the facts. And there's the rub.

It matters little that it took centuries for heliocentric cosmology to dislodge Ptolemy's Earth-centered worldview. It matters tremendously how quickly Americans and the world awaken to the dangers posed by climate change. Two more decades of dawdling and the Earth we know is toast.

The demographic group most skeptical of scientific claims, in general, is conservative ("evangelical") Christians. This is particularly true regarding the scientific evidence of climate change. Whereas 37 percent of the general public expresses doubt that the Earth's temperature is rising because of "man-made, heat-trapping greenhouse gases," 58 percent of evangelicals doubt this assertion (Religion New Service, May 1, 2014).

Climate scientists have assumed that the overwhelming weight of evidence would carry the day. It hasn't. Indeed, studies show that, when individuals are challenged with facts contrary to their core beliefs, those beliefs temporarily harden. Thus televangelist Pat Robertson could stiffen the spines of his 700-Club flock by warning that fighting climate change "is high on the agenda of those radicals who want to destroy America."

Most scientists I know want to save the planet, not destroy America. The essential science has been settled for years. The predictions of climate scientists have come true. The future is now. The optimal time to have acted is past. Yet despite the dedication, insights, intellectual toil, and best intentions of climate scientists, science has lost the battle for the hearts and minds of Americans. Disinformation and calcified beliefs have prevailed over facts and reason. We have yet to institute the emergency measures necessary to preserve a viable future.

Hope yet remains. Climate change is far more than a scientific issue; it is, and has always been, a deeply moral and spiritual issue as well. Ironically, it may be the "faithful" who turn the tide that science has been unable to turn.

Slowly but surely, communities of faith are awakening to the moral issues posed by human-caused climate destabilization.

On Sunday morning, April 28, 2013, environmentalist Bill McKibben preached a sermon titled "God's Taunt" to a packed house at historic Riverside Church in New York City. I just became aware of this remarkable address, the environmental equivalent in power and moral persuasion of MLK's "Beyond Vietnam" speech of 1967, also at Riverside.

Such appeals to our moral instincts have not fallen on deaf ears. Mainline protestant denominations in the U.S. have launched initiatives or issued statements to address climate change. These include the United Methodist Church, The Presbyterian Church (USA), and the Evangelical Lutheran Church in America.

Similarly, Pope Francis exhorts the Catholic faithful: "... let us be 'protectors' of creation, protectors of God's plan inscribed in nature, protectors of one another and of the environment."

And because climate disruptions disproportionately affect the poorer peoples and nations of the world, climate change and economic justice are inextricable.

For this reason, former Anglican Archbishop Desmond Tutu calls for direct action: "People of conscience need to break their ties with corporations financing the injustice of climate change."

Last month, the World Council of Churches (WCC), representing half a billion Christians worldwide, heeded Tutu's advice and divested its holdings in oil, gas, and coal. Moreover, the WCC encouraged its members to follow suit.

Even among evangelical Christians, the demographic most resistant to scientific evidence, there is movement toward "creation care." At the website of the Evangelical Environmental Network, carbon pollution is considered a "moral issue." There, pro-life Christians are encouraged to contact the EPA and members of congress to lobby for limits on carbon emissions.

With just 360,000 members worldwide, the Religious Society of Friends (Quakers) might seem too small a faith community to hold much sway. And yet, the historical record shows that Quakers have often led the way in important issues of social justice, among them the abolition of slavery, women's suffrage, and racial equality.

On Sunday, August 10, one small Quaker group in Virginia -- Valley Friends Meeting (VFM) -- approved a Minute (Statement) on Climate Change. As a stand-alone document, VFM's Minute is a cry in the wilderness. But we do not stand alone. By this statement we add our voices to a growing chorus -- soon to be mighty -- from science, from faith communities, from the young whose future is in jeopardy, and from the public at large.

The will of the nation regarding climate action has been dammed up by disinformation, by politicians beholden to special interests, and by a government that no longer represents ordinary citizens. But, as history has shown, "The truth will out."

The dam is about to break.

(The author is grateful to Doug Hendren for editorial suggestions.)