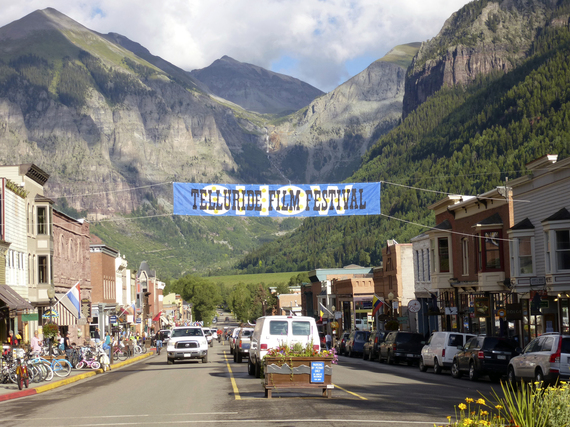 While millions of Americans experience the rise and fall of summer blockbusters, enthusiastic audiences see radically different movies in jam-packed theaters. I'm not thinking of your local multiplex, where the latest Woody Allen movie might sneak onto one of the screens, or of the few remaining specialized cinemas that regularly play foreign films, but instead of your friendly annual film festival.

Born in Venice in 1932, film festivals have exploded worldwide in recent decades. Every significant international metropolis, up-and-coming city or hamlet now has one of its own. France alone hosts some 500 film festivals -- that's more than one for every day of the year. The best festival you may have never heard of, the Telluride Film Festival, takes place each Labor Day weekend in Colorado.

Festivals nourish world cinema, sustaining its evolution as an art form as well its militant dimension. They support a greater diversity of subjects, points of view and styles than found on Netflix or Amazon. Festivals keep alive the communal experience of film viewing, considered an anachronism in the age of laptops and cell phones. Many also court controversy. In 2011, Berlin invited Iranian director Jafar Panahi, then under house arrest in his native country, to serve on its jury, a position Panahi was not allowed to accept.

Festivals come in all shapes, sizes and flavors; LGBT, African-American, Celtic and more. There are festivals of African cinema in New York, Jewish cinema in Hong Kong and Asian cinema in Italy. Every conceivable genre has its showcase, while a first-rate nonfiction film on any topic will find a festival devoted to it's very own subject matter.

Festivals sift through the abundance of new digital movies, selecting among tens of thousands of features produced each year, curating the outstanding and sparing us the worst. In 2015, Sundance showed 118 features out of 4,105 submissions. A filmmaker has less chance of getting a short shown at Telluride than a high school student has of gaining admission into Stanford.

Major festivals - such as Cannes, Sundance and Toronto -- work hand-in-hand with global media industries. Business and publicity (markets, stars, red carpets, press conferences, paparazzi) butter their bread. After the FIFA men's World Cup, Cannes is the most mediated event in the world, attended annually by more than 4,000 accredited journalists. Such mega-festivals sport budgets in the tens of millions of dollars.

On the other hand, small U.S. festivals with tiny budgets bring excellent independent American and foreign films to eager local audiences. Even Sebastopol, California (population 7,596), has a fine documentary jamboree.

A good film festival resembles a successful rock concert. It is, above all, a live event, with directors and critics on hand for post-screening debates. Film lovers spend hours queuing in eager anticipation. In 2013, an Indiewire critic waited in line for 90 minutes at Telluride to watch All Is Lost, with star Robert Redford in attendance. At 109 minutes, the movie itself lasted barely longer than the wait. 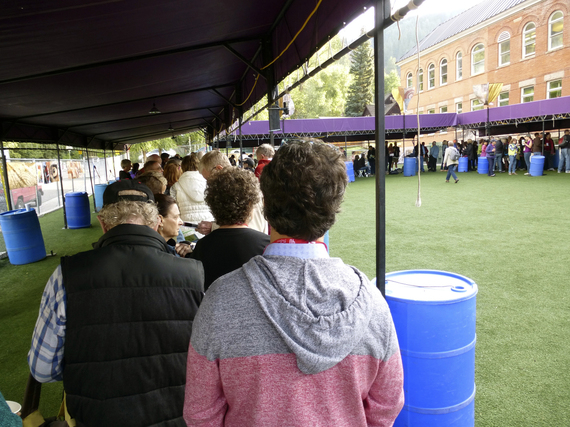 A David among Goliaths, Telluride combines elements of mega-festivals such as Venice and smaller, more intimate, events. With a population of just 2,319, the town welcomes, each Labor Day weekend, more than 3,500 passholders. Unlike the mega-events, however, Telluride forgoes red carpets, press conferences and prizes. Bucking trends, the festival doesn't even announce its program in advance.

And yet, despite its Rocky Mountain remoteness, tiny Telluride has hosted the world, or North American, premiere of virtually every Oscar-winning Best Picture in the past seven years, including Argo (2012), 12 Years a Slave (2013) and Birdman (2014). Venice, Telluride and Toronto all take place in early September, competing with each other to host the most prestigious premieres. Early buzz at Telluride opens the fall season of North American award speculation that climaxes with the Oscars. So, major festivals confer capital -- economic as well as cultural -- on successful movies. Similarly, award-winning films bring cachet to the festivals that first project them.

Fortunately, would-be Oscar fare is not the only item on the menu at Telluride. The program always includes substantial helpings of documentaries, foreign films, shorts -- works that may never receive U.S. distribution. Plus, crowds there discover revivals of forgotten classics, presented by the likes of novelist Salman Rushdie or avant-garde theater director Peter Sellars, who bring greater star power to the venues than the retrospectives themselves. A handful of beautiful pre-1930 silent movies unfurl with live musical accompaniment, breathing life into a lost art.

Without film festivals, our media landscape would be poorer. Little-known American documentaries and independent movies show aspects of our nation occulted by the mass media. International cinema reaches American shores at festivals more than anywhere else. If you're interested in seeing how people live in other countries, turn off CNN and Fox News, and head down to your local film festival. If you're lucky, you'll catch Abbas Fahdel's 2015 documentary Homeland (Iraq Year Zero), a five-and-a-half hour exploration of his family's day-to-day life in Baghdad before and after the 2003 U.S. invasion, a vanished world heartbreakingly preserved on digital video. Homeland will have its North American premiere at the upcoming 2015 New York Film Festival, another jewel in the festival galaxy. 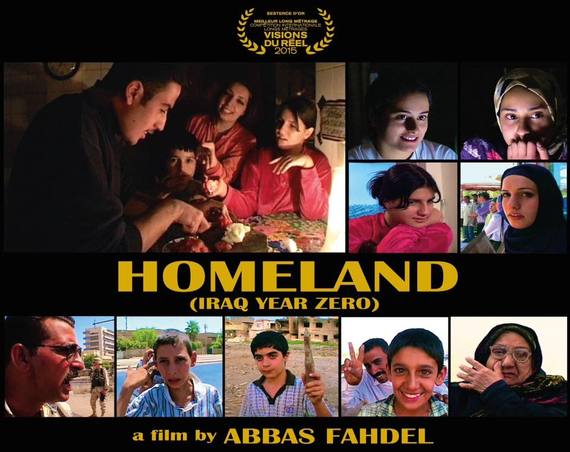 As the etymology of "festival" suggests, good film festivals are also fun. Imagine the satisfaction that comes from viewing movies by, for and about LGBT folks in the presence of hundreds of other LGBTs. Even if some of the movies spotlight outrageous discrimination, solidarity and community reign.

I spent a week this August in south-central France at the Lussas Film Festival, what many there call the "Woodstock of documentary." More than 5,000 directors, producers, critics and students descended on the petit village of Lussas (pop. 823) for a week of 150 screenings, seminars, copious conversations and local cuisine. The documentaries explored PTSD among U.S. veterans of the occupation of Iraq, life and death among four generations of an Argentinian family, disenfranchised fishermen in the Azores islands and some more playful subjects, too. 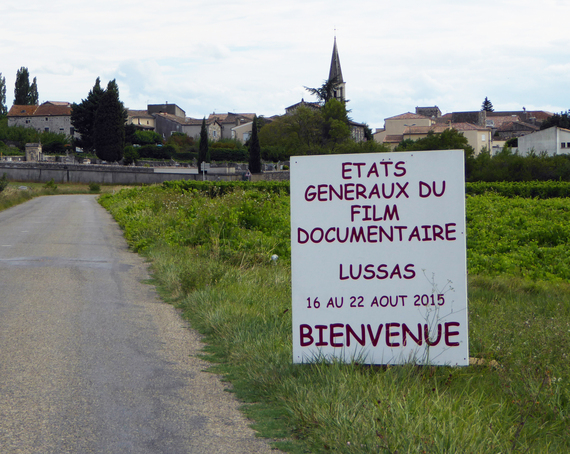 Lussas is a festival mostly for young people; the twenty-something students slept in tents in open fields, while their elders paid to stay at modest accommodations. As in Telluride, the festival is the only game in town, so everyone hangs out together.

Admittedly, the world's problems won't be solved by watching documentaries in the French countryside. But doing so doesn't make our troubles worse. At midnight on August 22, the annual Lussas adventure concluded its final, open air screening. Under a crescent moon, an animated documentary charted the nine-months' gestation of France's 2013 legalization of marriage for all. Vive la différence! Et vivent les festivals!