In January, a Florida family's home was foreclosed on and sold at auction by their Homeowners' Association to collect overdue Association fees amounting to $1,900.

In November, a homeowner in Idaho was ordered by his Association to remove his Christmas decorations because they infringed on the rights of his non-Christian neighbors.

Last March, another Florida couple who suffered a brutal home invasion sued their Association for not properly maintaining the fence around their gated community.

Roughly 66 million Americans live in common interest communities such as Homeowners' Associations, Condominium Associations, retirement communities, vacation timeshares, and gated subdivisions. When a common interest community, such as a gated subdivision, is built, the developer is in control of all aspects of the management of the neighborhood until 90% of the houses are closed. Then the control and management is handed over to the Association, which is the official membership of residents and elected officials whose raison d'etre is to enact and enforce provisions that protect the homeowners' investments. 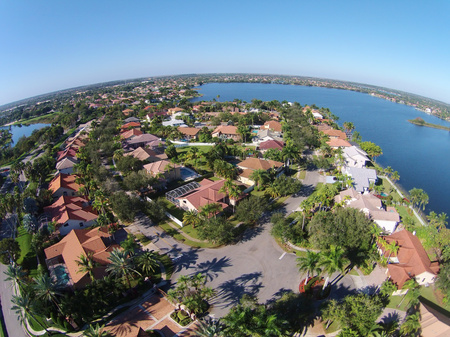 66 million Americans live in common interest communities with governing bodies, such as Homeowners' Associations and Condominium Associations, designed to protect property values and quality of life. But when HOAs or COAs are mismanaged, or homeowners have false expectations, life behind the gates isn't as hunky dory as it may look from the outside.


This protection occurs in the form of maintaining standards which are specified in the Declaration of Covenants, Conditions and Restrictions, or CC&Rs. They cover measures to protect both quality of life and property values. These might include reducing vehicular traffic through maintaining gates, addressing water infrastructure management, and putting all kinds of restrictions on everything you can imagine, from what colors a house can be painted and where a pool can be built to where cars can and cannot be parked and what kind of holiday decorations can be put out and for how long... I've seen it all.

Since 1964, Associations have become increasingly common in part because they give residents a degree of control over their investment that homeowners in non-Association communities do not have.

But along with the benefits of enhanced control over their environment and their property values can come problems, such as time consuming bureaucracy, legal imbroglios, unexpected expenditures, and unmet expectations. Sometimes these problems can be benign - you can't fly the flag you want to over your front door, you can't put the jungle gym in your front yard - other times serious - your home is auctioned off because of unpaid Association dues, an Association-related lawsuit drags on for years and costs members a fortune.

Over the last two decades as the head of The Melrose Management Partnership, I have managed, on behalf of well over a thousand Associations, over 200,000 dwellings in 500 communities, as well as overseen Melrose franchisees who manage dozens of communities. I can tell you that Association-related problems such as these can never be entirely avoided. However, a more informed homeowner can prevent most of them.

Understand that once you're in, you can't get out of it: Buying a residence in a community controlled by an Association is not a voluntary commitment. This is not a "country club" membership that you can simply choose or not choose to join. A review of your title policy will clearly state that you are taking title to your home under the encumbrance of the Association. I will never forget a resident calling me after she had received a deed violation notice. She stated, "I quit, I don't want to be a part of this Association." Unfortunately for her, she had no choice once she moved in, nor will those that come after her. So understand that when buying into an Association, you are legally bound to its conditions and restrictions.

Don't skim over the CC&Rs: The CC&Rs state explicitly what, as a homeowner, you will and will not be allowed to do so that there won't be any confusion once you've moved in. Read these carefully - they are tantamount to the Association's Bible. They explain the do's and don'ts.

For instance, homeowners in a community I manage wanted to put up a solid fence in their backyard, only to find out--several deed violations and penalty fees later--that the CC&Rs only allowed them to put up an open, picket fence because their backyard overlooked a conservation area that had to remain visible to the community.

Similarly, the CC&Rs may restrict dogs to under 30 pounds. Reading them will save you the heartache of bringing home a puppy for Christmas that quickly grows to 60 pounds only to later find out that you have to get rid of the dog or move out. It can happen. I have seen residents get fined for everything from having too many potted plants to placing a 'For Sale' sign in their own front yard. 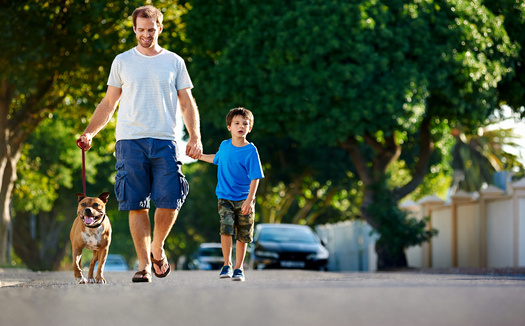 Read the CC&Rs closely. It's the only way you won't find out the hard way that the pooch you brought home for the kids has to go back to the pound just because he's over the HOA weight limit.

Ask to see the Association's books: Before you buy, take a look at the Association's current financials to see what's coming in, what's going out and what the reserves are like. The financial condition of the Association should be an important and significant factor in your decision to purchase your new home.

As a member of the Association, you will be responsible, along with your neighbors, for any repairs and maintenance to any and all common area elements. Should there be a shortfall, it could be costly to you and your neighbors. Be aware that you could be special assessed if the reserves are not properly funded. 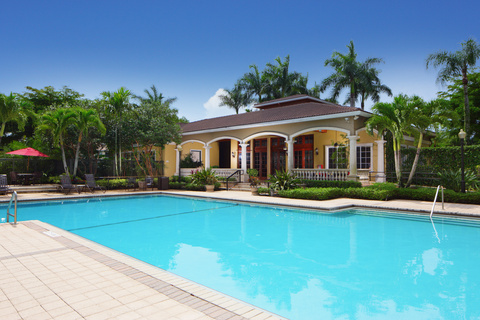 If someone slips and falls by the community pool and sues and the Association is not insured then you and your neighbors will be held personally liable. So before you buy that dream house do your homework and make sure the Association is covered.

Don't try to blow off your dues: If a homeowner does not pay their Association dues, the Association can enact all kinds of collection measures. These can range from filing a suit against the homeowner, and, in some cases, even foreclosing on the home to collect on them. Dues can (and often do) increase as well, so don't expect that the dues you pay when you first buy will be the same five years hence.

You can also be fined for violations, usually at something around $100 a day per violation, up to $1,000. Understand this beforehand and you won't have to pay $500 in fees just for going out of town for a few days and leaving your car parked by the curb.

Keep your expectations this side of great: Homeowners in Association-managed communities, especially gated communities, have all kinds of false expectations. For instance, gates do not stop crime, they just limit vehicular traffic - and they don't stop criminals from walking around the fence or jumping over it.

Additionally, an Association cannot actually stop your neighbor from painting their house pink: it can fine them and penalize them and even foreclose on their home, but it can't stop them from doing it. Understand as well that if you don't comply with Association regulations you won't just pay a financial penalty, you will pay a social penalty when you find you have become an outcast for not conforming to the dictates of the community's rules and regulations. 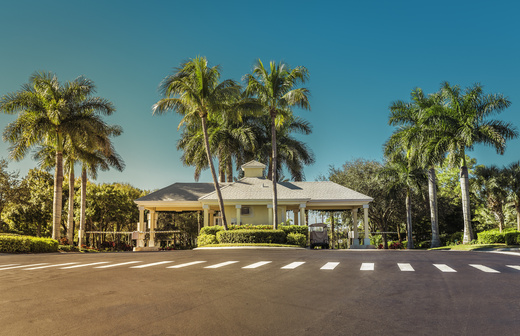 One of the biggest misconceptions related to security in HOA and COA managed communities is that gates stop crime. They don't -- they just limit vehicular traffic.

Notice there is no "I" in HOA or COA : This is your property so you should be involved, which means communicating with your fellow homeowners, attending meetings, understanding the individual roles of the Board of Directors and knowing the importance of effective management.

If you are looking to buy a home within an HOA or COA, follow these tenets and instead of falling into a quagmire of problems you can benefit from the maintaining of property values and quality of life standards that HOAs and COAs are actually there for... and not have to move just because your German Shepherd outgrew the Association's weight limit.