I can't remember the instant I first heard the phrase developmental delays.

But I can remember the feeling. Relief. Compared to all the wicked things that appeared during my anxiety-driven, late-night Google binges, this was one I could accept with grace. Developmental delay I could tackle. And full throttle was the only speed at which I would accomplish this.

My precious firstborn son, Greyson, was 22 months old. Each day, I could see in his eyes that he was drifting further and further away from me. I was doing everything I could to reach my arms out as far as possible to catch him -- but my fingers could only stretch so far.

I would sing to him as I rocked him to sleep.

"You are my sunshine. My only sunshine. You make me happy. Your name is Grey. You'll never know, how much I love you. Please don't take my sunshine away."

That last sentence almost always brought tears so fast they leapt from my eyes. You see, they weren't simply song lyrics; they were a desperate plea. Born from fear and pain and anger and confusion. That's what it felt like -- someone was stealing my Greyson's sunshine, and I was sick because I had no idea how to stop it.

Delay: noun 1. A period of time in which something is delayed or postponed.

A delay can be fixed. A delay implies, we may be late, but we will eventually get there. So we dove right in, eager to catch up: Twice weekly Early Intervention preschool, twice weekly speech therapy, 30 hours of at home Applied Behavior Analysis (ABA) and play dates with typical kids. 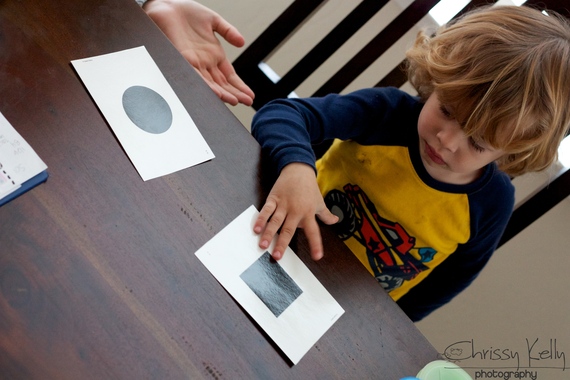 We found a doctor who prescribed daily B-12 injections, probiotics, fish oil, digestive enzymes, hormone creams and a long list of herbs and enzymes, vitamins and pills I couldn't even pronounce. I felt like a chemist, and I hoped I was pouring the perfect concoction that would have the power to bring Greyson's sunshine back.

Months went by, and the gap between what Greyson was doing in comparison to his peers grew exponentially bigger, as did the sick feeling in my gut. I could barely stand to watch kids his own age play at the park because it reminded me what he wasn't doing. It reminded me that I was failing him. I needed to do more; I just had no idea what more even looked like.

For a year, we chased that delay, Monday through Friday. Sometimes from 8:30 a.m. until 5 p.m. We chased it through times I wished we were actually at the park. Times when kids his own age were napping. But no matter how fast we ran, that delay -- it always ran faster. And one day, soon after Greyson turned 3 and was diagnosed with autism, it hit me. Our delay may never go away.

When it comes to developmental delay, "delay" can also mean never. My son may never speak. He may never call me "Mom" or be able to tie his own shoes. He may never give me a hug all on his own. He may never attend a regular school, and I may never ever be a regular mom. The kind of mom I thought I had signed up to be. And the pain of all of that hurt so bad that sometimes I wanted to die. The sadness burrowed deep in my bones and consumed me. My sunshine was gone.

And it took time. And a patience I was forced to adopt. I stopped setting the finish line so far out of reach and instead set it for the end of each and every day. We stopped relentlessly racing and instead took our time and enjoyed the adventure. The whole of life isn't a sprint; it's a life-long cross country glide. And when I actually slowed down, I realized the scenery was profoundly beautiful. I realized Greyson is exactly the boy he is supposed to be, and I am exactly the mom I was meant to be. I realized how lucky I was to be living this sometimes painful story.

My son showed me how beautiful our imperfect life really is.

We started to take things a day or two at a time because the future felt too scary and unclear. I decided we would no longer wait to be happy. We wouldn't wait until Greyson started talking or was mainstreamed at school or got a job -- he was only 3 years old, and the future can still hold absolutely EVERYTHING.

Greyson is now 5. He still doesn't really talk, and he won't be mainstreaming in a typical classroom anytime soon. And as far as I know, he doesn't have any job interviews lined up either. And you know what? I don't really care. He and his brother bring me a joy I never knew was possible.

I look back at our beginning with respect, sadness and joy. I wish someone had told me that "delay" could also mean "never" but that we would still be OK. But who knows, maybe I wouldn't have listened. Some things are best when we live them and figure them out all on our own. And now I realize -- Greyson's sunshine was never gone. I just had to be willing to look beyond some clouds. 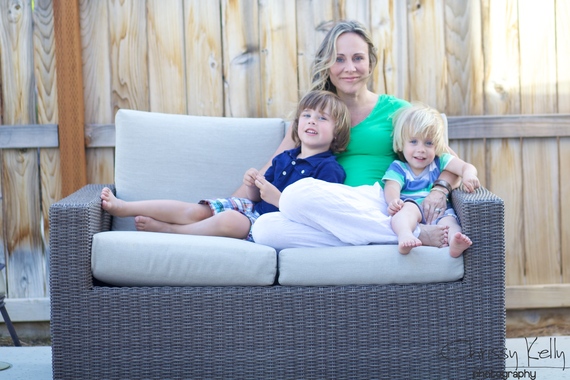