In the latest James Bond movie, Spectre, the plot hinges on documents found in the Hotel L'Americain in Tangiers. James (Daniel Craig) and his "Bond Girl" Dr Madeleine Swann (Lea Seydoux) both know that the hotel in the Moroccan port city holds the essential clue, so they check in and during the sweltering summer night, a mouse appears. James points his gun, but before he can pull the trigger, the animal scurries through a small hole into the next-door room. In true Bond style, the adjoining wall is demolished in seconds revealing a secret room which holds the vital clues. 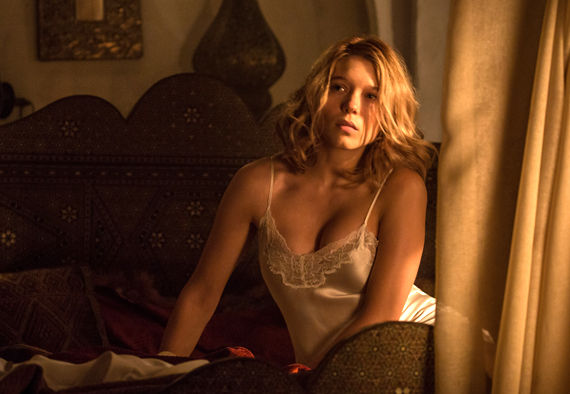 But if you want to follow in 007's footsteps, don't bother searching online for such an establishment in Tangiers - because it doesn't exist. 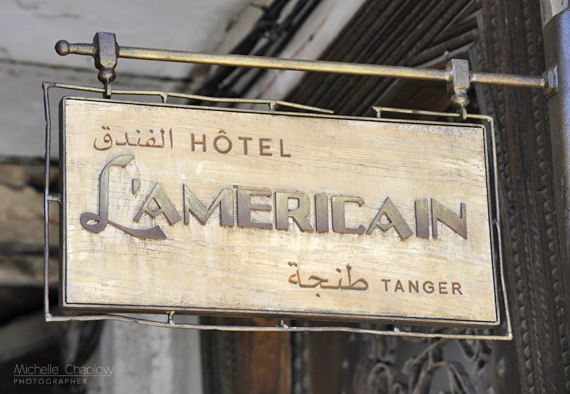 The street sign for Hotel L'Americain in Tangiers © Michelle Chaplow

"Hotel L'Americain" is, in fact, an old palace situated on Rue Ibn Abbou (very near to the Kasbah Museum) - the Palace of Abdeslam Akkaboune.

Filming of Spectre took place in Tangiers June this year - a massive film crew moved in to the Kasbah (old citadel), famously rocked in the Clash song, armed with everything from cameras to costumes. High-power cables for generators ran through the maze of tiny medieval streets. 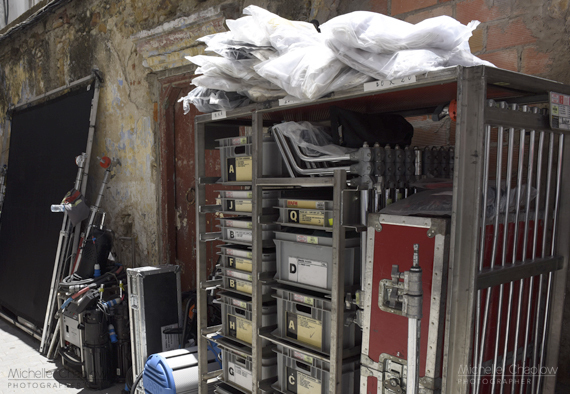 From sand bags to sound equipment, the Kasbah had it all. © Michelle Chaplow

Unlike L'Americain, one hotel in the Kasbah which most definitely exists is Hotel La Maison Blanche, I know it well, as I have photographed the hotel since opening in September 2013, a beautiful riad at the highest point of the citadel, which also had a role to play during the movie shoot - it was transformed into the Green Room (where actors wait to perform) between the scenes.

Daniel Craig himself, and Lea Seydoux, were both prepared for their scenes by the wardrobe, hair and make-up departments at La Maison Blanche, situated close to the upper gate of the Kasbah.

Daniel Craig had the hotel's Moulay Ismail suite, the best room in the house, decorated in rich ruby-red and emerald-green velvet, with sumptuous hand-printed silk wallpaper from Paris. 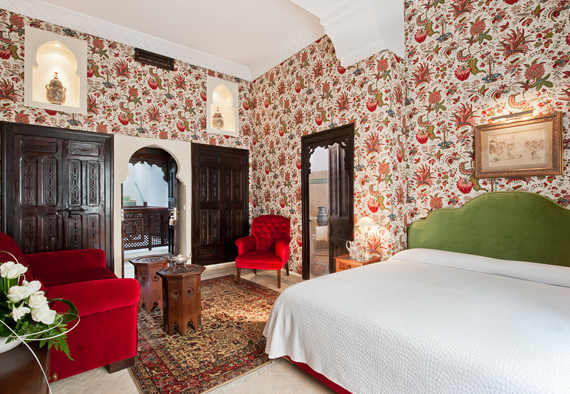 The room is named after Sultan Moulay Ismail, second sultan of the Alaouite dynasty in the 17th century - you can visit his palace, now the Kasbah Museum. Moulay Ismail's descendant, Morocco's current ruler King Mohammed VI, has a spectacular residence on the outskirts of Tangier.

Bond Girl Lea Seydoux had her make-up done in a room where I have also been a guest - Régis Milcent, named after the late French interior designer who was responsible for the hotel's luxurious ambience. 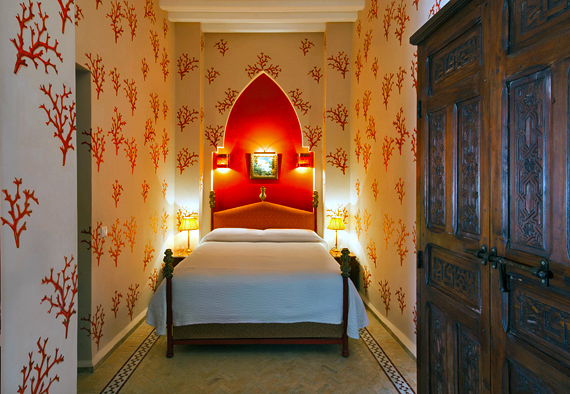 The delicate peach coral walls were painted by hand, and Moorish horseshoe arches on the mahogany doors leading to the bathrooms provide a feminine touch which Seydoux surely appreciated.

In the Green Room, the actors, VIPs and crew were treated to Moroccan mint tea, cookies and olives.

La Maison Blanche was overflowing with costumes and stylists during the shoot, the perfect choice for the film crew's base as it is situated at the entrance to the Kasbah near the medieval Ben Amar Borj and the narrow streets where Spectre was filmed. A comparatively new hotel, it will now have a permanent place in the Bond Film History. 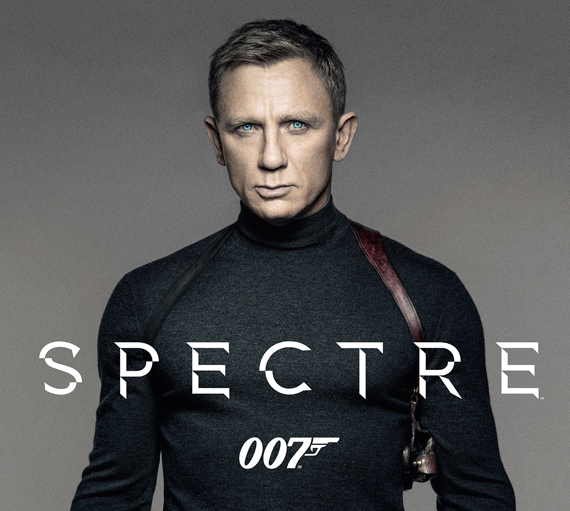 The hotel's proprietor, Aziz Begdouri, said "Bond coming to Tangiers has been a fantastic opportunity for my city, bringing our historic and beautiful Kasbah into the international spotlight." 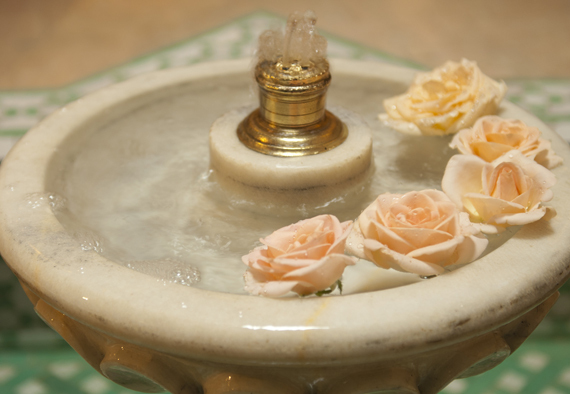 Bond has moved on, but the fountain still trickles in La Maison Blanche
© Hotel Essence Photography

As recommended by one of the movie's senior shoot crew on Trip Advisor:

"We hired the entire hotel to use as a green room for a Hollywood film (you can ask Pilar and Aziz which one!) and needless to say it was deemed perfect for our actors and VIPs - all of whom loved being there.

After a day walking around the craziness of Tangier, La Maison Blanche is a little haven behind that beautiful wooden door - the fountain in the middle of the reception room and the specially crafted perfume are just some of the elegant touches that make this hotel so wonderful. Pilar and Aziz are utterly lovely and so welcoming - and they throw a fantastic party!!!"