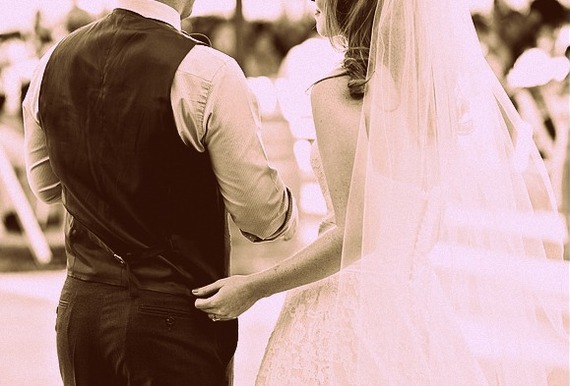 Have you ever heard someone say, "There are rough patches in every marriage"?

You probably have. You may have even said it yourself. But how different are those "rough patches" and what ultimately becomes "irreconcilable" in a marriage or long-term relationship?

Beyond the obvious reasons for a marriage becoming unsalvageable such as abuse, adultery, or death, how do we know when to quit? What are the guidelines? Do we give up too easily in relationships when we don't see eye to eye or experience too many unpleasant arguments?

Not everyone is willing to admit what their own relationship "rough patches" are like. We love to speculate about what really goes on inside a marriage (think Brangelina) but sometimes it just comes down to knowing what's worth fighting about and what's not.

There are indeed many peaks and valleys when you've been with someone a decent amount of time. You really do have to learn to pick your battles.

In my own marriage, most of the disagreements we have are about the kids, money, and the sheer frustration that everyday life can bring.

For instance, in the last three weeks, my 4-year-old has decided that she is a puppy. I'm sure this has something to do with the new dog in the house and the fact that she sees how much attention the dog has been getting.

At first, it was really cute that she was pretending to be a puppy. Now it's maddening. When you ask her a question, she'll growl or whimper like a dog and we all must bow to her demand of calling her hands paws or else with 100% certainty the world will come crashing down around us.

There are indeed many peaks and valleys when you've been with someone a decent amount of time. You really do have to learn to pick your battles.


My husband and I have had many late night discussions about why this behavior is happening and how annoying it is. We even had a disagreement on how to handle it. In the end, this wasn't a battle that needed to happen. She will grow out of it and once it's over we'll probably miss it.

What came next was our fight over nighttime potty training. The daytime part was handled long ago, but the nighttime part -- not so much. We heavily disagreed on if she was ready to keep herself dry yet, how long to let her wet the bed continuously before putting her back in pull-ups again, or who was going to get up every night and walk her to the toilet and clean the bed every morning.

In hindsight, this problem was worth a serious discussion but not a battle. Not in the grand scheme of things.

My husband and I find ourselves arguing about all kinds of stuff like this. To me, it's normal. I wouldn't even call it arguing. It's more like talking about the things in life that aren't pleasurable to talk about but that need to be addressed. As partners and parents, it's really just wading through tough issues like mud to get to the other side.

The same goes for our 12-year-old. My husband is the father and I'm the stepmother. I play a large role in my stepson's upbringing. Co-parenting a stepchild is insanely complicated and rigged with frequent land mines. I write about many of my experiences as a step-parent because it's incredibly challenging. Any step-parents out there know this.

My husband and I don't always see eye to eye on what's best for my stepson, but since he is such an integral part of my life, I have no qualms in voicing my opinion in regards to what's best for him. We've had intense disagreements about many co-parenting problems that have come up. It's unavoidable. But sometimes I just have to let issues go because rehashing them over and over doesn't do anyone any good.

Money is, apparently, one of the most significant reasons couples split up. I believe it. Sometimes we don't have enough money for all the countless financial demands we face on a daily basis, whether it's food, bills, fixing cars, insurance, clothes for the kids, school, or random emergencies.

Tension over money can erupt into ugly arguments. The only thing that gets us back to sanity is remembering that we're both in this together. We have a common goal which is to provide a stable, secure and loving environment for the children. We also really love each other, even on the terrible days.

And then we have sex. Ah, yes. "Heated" discussions over how often it's being done, who initiates it the most, or how to spice it up.

There are times when my husband and I question if we're keeping the romance alive to the best degree that we can in the midst of all that is raising a family through an epic ocean of responsibilities.

Are any of these issues irreconcilable? I don't think so. But perhaps they are for other couples. Having a difference of opinion about how to raise the kids or how often to have sex are indeed important concerns. But isn't that the point of a real, long-lasting relationship? To get through the tough stuff together and figure it out?

Maybe some couples just give up at the "figuring it out" part. I get it. Sometimes it feels too difficult.

I don't know about anyone else, but figuring out differences is how I see a normal couple functioning under the significant pressures of life. Maintaining a well-adjusted, thriving family on top of a relationship is a test a lot of relationships end up failing.

We may falter in our temperaments from time to time and experience those "rough patches," but we don't give up. We keep going. It's just what we do. We reconcile.

More: 5 Signs Your Romantic Relationship May be Abusive

Catch More at The Pondering Nook

More:
lifestyleweddingsKidsParenting brangelina
Newsletter Sign Up
A weekly guide to improving all of the relationships in your life
Subscribe to HuffPost’s relationships email
Successfully Subscribed!
Realness delivered to your inbox