When Uno, the beagle, won the Westminster Dog Show a couple of years ago, I was compelled to blog about how two dogs of the same breed and similar in every way, ended up with completely different fates. One extremely triumphant and the other terribly tragic.

The dogs (and all animals) locked away in laboratories around the world are never far from my mind so when I read this very personal story written by my new friend, Jay Johnson, who forever changed the life of one of these pups, I decided I had to share it with the readers of The Huffington Post. Here is the story of Liam.

For the first four years of Liam's life, he didn't have a name. He was a laboratory testing animal and as such, a name wasn't in the cards for him. A name would have personalized him. Made him real. Turned him into something more than the subject of an experiment, a tool to be used for human gain. It makes it harder to view a person as a thing when it has a name. A series of numbers says the opposite of a name. It denotes a lack of importance; it strips a living creature of its worth and makes it just a thing that is being used. Because that's what Liam was to the people who had him for the first four years of his life. A thing. A tool. Nothing more than a number.

People sometimes ask me how I can know that. How I can know what it was like for Liam in the lab? I know because I was the first person to see him when he came out. When Liam came to live with me, he was terrified. Not just of his new surroundings, but of everything. The sound of metal clinking, the feel of grass or anything soft -- it all scared him. The thing that broke my heart most was that he was afraid of me as well. When I touched him, he would put his head down and put his tail between his legs. The only touch he had known had been the touch that was always followed by something painful. Something unpleasant. I could see it in his eyes when I touched him, he was afraid of what I was going to do to him. Afraid that myself and my friends would treat him exactly how all the other humans he had ever encountered had. As a thing. A tool. Nothing more than a number.

But he proved himself to be stronger than I can even begin to understand. Somehow, even after everything he went through, slowly but surely, he began to trust the new people around him. He started to wag his tail. To learn that there was more to this world than pain, cages and concrete. The grass still scared him, but he wanted to be near the new people around him. So he would take one big jump into the yard to be next to us and then one big jump back to the sidewalk. Over time, he didn't have to jump, he would simply walk through the grass. He had learned not to be afraid of the feel of something soft. He even learned how to play ... sort of.

In preparation for getting him from the lab, my friends and I got tons of toys for Liam -- toys we quickly learned he didn't understand or care about. We would throw a toy for him and he would just watch, unsure what was going on. He had never played before and didn't have a clue what we wanted him to do. I remember vividly the first time he chased a toy. I got so excited and he saw it. He ran to the toy, picked it up, dropped it halfway back and ran into me, knocking me over. He looked so happy. We threw it again and he would run to where it fell, leave it there, run back and bowl me over again and again in his excitement to be playing for the very first time. Watching him running back and forth through the house, wagging his tail and literally jumping into my arms remains one of the happiest moments in my life because I know it was one of the first happy moments in his. That memory still brings tears to my eyes.

To me, this tattoo is first and foremost about Liam. About someone I love and who constantly gives me the strength to not give up in the face of odds that nearly always seem insurmountable. But its about more than just Liam. Because Liam, despite all he has gone through, is one of the lucky few. The end of his ordeal was the beginning of something better. Millions of other animals in laboratories around the world and billions of other animal in exploitative industries don't get a new beginning. Only an end. Liam reminds me of that every day. Because he got a chance the vast majority of them will never get. Its of them I think when I want to give up fighting. How Liam is getting the chance they all deserve. My dog, who I love more than anything, is no different then any of them. The only difference between him and them, is he got the chance to become something more than a number.

There are so many alternatives to animal testing in this day and age that this type of suffering can and should be abolished. I encourage you to learn more about animals used in research if you were moved by Liam's story. 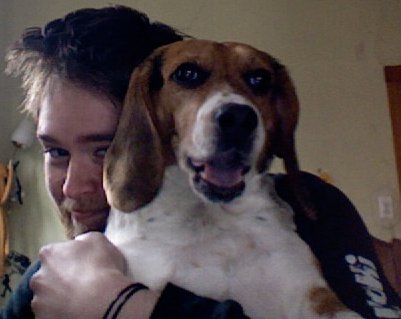 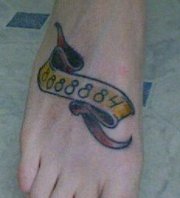