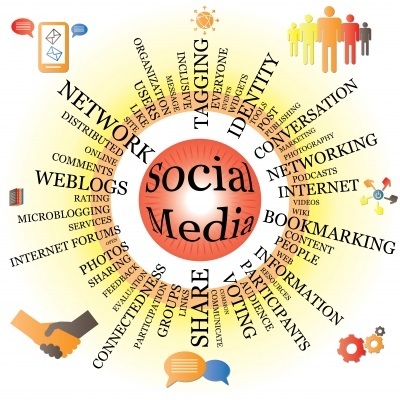 Last month, I had the opportunity to attend the East Coast Chicano Student Forum at Harvard University, where I had the privilege of conducting a presentation to a group of college students from Ivy League Universities eager to learn how they could follow in the footsteps of Latinos who are using Social Media to implement positive change in their communities.

There is no denying that social media as a multi-faceted tool has been an enormous success. Not only has it allowed billions of people to connect on a variety of platforms -- Facebook, Twitter, Instagram, Pinterest, and so many others -- but it has also served as a valuable tool with the tremendous potential to help implement positive change among the Latino community.

When discussing the power of social media and how it can be used to impact communities in positive ways, Latinos simply cannot be ignored.

Latinos, who have been recorded as the group with the highest rate of early adopters are continuously embracing technology faster than any other demographic in the United States.

According to a report by Pew Internet and American Life Project, 18 percent of Latinos online are Twitter users, a greater percentage than their counterparts in every other category.

On Facebook, Latinos are also using the social media platform at a higher rate than their counterparts, with 54.2 percent of Latinos online regularly using Facebook, just above non-Latino blacks at 47.7 percent and non-Latino whites at 43 percent, according to marketing company Big Research.

Here's a list of helpful tips of my own that can help you be effective in the Social Media Sphere.

1. Find a Problem: Make sure that it's a problem that needs a solution. A problem that directly affects you and your community tends to become personal, which can help drive people to find a solution.

2. Get to Know Your Audience: Do your research. Understand your audience from a close angle.

3. Engage your Audience: Include your audience in the conversation. Ask for their ideas, advice, and get them involved.

4. Identify What You Would Like Your Audience To Do: Once you have a respectable amount of people paying attention to your problem, it's time to engage and persuade your audience to perform a specific task that will advance the mission of your organization forward.

Even though these steps may seem simple on the surface, applying them successfully takes time, flexibility, quick-thinking, and a great deal of patience.

Latinos carry an immense amount of power when it comes to using social media as a tool to advance issues that are important to us. And we are social creatures by nature, which makes social media the perfect tool to engage us and drive us to contribute towards a greater cause. So whether you are trying to implement change in politics, the private sector, or anywhere else, embracing the power of social media will not only help continue the positive trend and relationship between social media and Latinos, but it will also advance the issues that are important to you and your community.