Four score and seven years ago, my mother was born into an America swarming with pathogens. Many were simply known as diseases of childhood; not all children survived them.
My mother remembers how her family suffered when a cousin died during infancy from meningitis.
Even closer to home was the scare when her younger brother developed encephalitis from the measles virus.
My mother began having children of her own in the 1950s--my brothers and sister and I were born before the breakthrough measles, mumps and rubella vaccines came out the next decade.
Our family was spared the terrible wave of congenital rubella that struck thousands of Americans in the 1960s. It resulted in 20,000 infants born with birth defects or deafness - on top of 2,000 cases of encephalitis, 11,250 fetal losses, and 2,100 newborn deaths. Watching the Zika virus spread in Latin America, I can't help imagine how frightening that earlier epidemic of virus-induced birth defects must have been for families in America.
I came to the CDC in 1988. That year, the World Health Assembly announced a commitment to eradicate polio--which every day paralyzed 1,000 children. Today polio is on the brink of extinction, clinging to existence in only two nations.
The year I came to CDC, the Haemophilus influenzae b (Hib) conjugate vaccine was just beginning to be used to prevent life-threatening meningitis and sepsis. Now Hib disease is nearly eliminated in the U.S., and the Vaccines for Children program makes sure vaccines are available to every child in America, and the GAVI Alliance has helped Hib vaccine be introduced in the poorest countries of the world.
Other things have changed since I came to CDC. Soon after I arrived, the U.S. experienced a major measles outbreak--55,000 cases and 123 deaths--and 1.9 million children worldwide were estimated to die from measles each year. By the year 2000, measles was eliminated from the U.S. And by 2014, worldwide measles deaths had declined to 115,000, with efforts in Africa and Asia accounting for most of the progress.
Twenty-five years ago, I made my first trip to West Africa to look for places to test a meningococcal A conjugate vaccine. In the past five years, 235 million people in the African meningitis belt have lined up to get the low-cost MenAfriVac developed by the Meningitis Vaccine Project. Today, epidemic group A meningococcal meningitis is gone.
Of course it's not all smooth sailing now. We can't take lifesaving vaccines for granted. In parts of Europe, we've seen many people forgo having their children immunized. The result: large outbreaks of measles that have been very difficult to control, including cases imported to the U.S. The progress in Africa is fragile -- there've been very large measles outbreaks in the same countries that experienced Ebola, a result of interrupted health services and a tragic consequence of the Ebola epidemic.
Working with global partners and national governments, it is crucial we prevent, detect and respond to outbreaks before they spread; finish the job of polio eradication and secure its legacy through resilient immunization systems and sustained high coverage of measles vaccine.
Now I've reached the "mature" stage of my CDC career, and we are fighting a new threat called Zika. Our Ebola response showed we could move candidate vaccines from pre-clinical testing into large-scale field trials faster than ever. Zika, with its link to birth defects and miscarriage, provides an echo of the terrible rubella outbreak of the '60s. Improvements in science and global collaboration can help vaccine development against Zika advance even more rapidly.
As I reflect on the 1960s when my parents were busy with five young children, it amazes me to consider what a different world their great-granddaughter Maya will inherit, and just what kind of future she can expect. She has a greater chance than ever to grow and thrive, free of vaccine-preventable diseases and complications like vaccine-preventable cancers caused by human papillomavirus. She can grow up in a world that is free of polio for every generation to come. A world where no child dies from measles - anywhere.
Nature will continue to pose new and unexpected disease threats. But thanks to strong partnerships and political will, we are today, and can be tomorrow, better prepared to overcome them. And thanks to the voices of immunization champions, we can hear the voices of parents around the world and imagine prospects for their children as if they were our own. 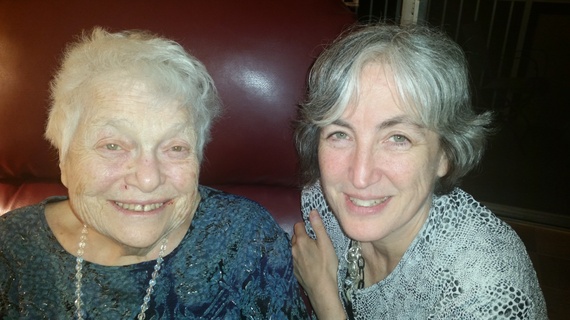 This Thriller Is The Most Popular Movie On Netflix Right Now