For years, my mantra has been, "I don't want to outlive my usefulness."

As long as I am productive, which could be making dinner or helping a friend in need, I will feel useful. When that time ends I want to go quietly and quickly.

How do you arrange that?

Obviously you can't. But, you get my point. We see it all the time on a 'feel good' evening news piece. Some poor woman turns 100 and they stick a cardboard tiara on her head as she drools onto her cake while everyone sings Happy Birthday like she cares. 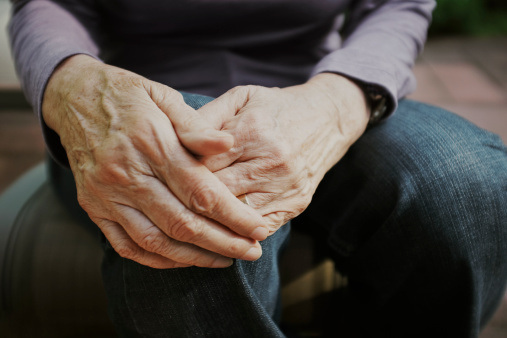 But, how can we stop doctors, families, or whoever becomes the decision maker, from keeping us alive when we're virtually dead? Why can't we include in our will, "Being of sound mind and body, I demand someone put me to sleep, as I have done with beloved animals, when I can no longer live a full life and be of use to myself or others."

Yesterday we physically moved my 96-year-old father-in-law into assisted living at his senior facility. He can no longer be remotely independent after almost four years there. Previously he lived in an apartment in our home for 10 years.

We watched him slipping away by inches over several years. The real decline began when we took his car keys away. My husband was the last to ride with him in his big Cadillac, barely able to see over the wheel. I lived in fear of him being the guy who hit the gas instead of the brake and smashing into McDonald's, taking out innocent people.

Then there was the fire. We were preparing to leave for an evening out when the main fire alarm began blaring. My husband ran upstairs to find flames shooting up from the stove while dad was in the living room trying to change the channel on TV. He thought the noise was coming from the TV, and failed to notice the place filling with smoke.

At that point we knew we could never leave him alone again and the search for 'Senior Housing' began. We'd heard good things about a high rise across town and made an appointment.

It was lovely. The public areas were beautifully appointed and the residents seemed well groomed and taken care of. They were still in independent living. That's how it begins. You have to be able to live independently in your own apartment in order to get in.

Once you're in, if you begin to fail there are safeguards put in place. In dad's case, it started when he became ill and ended up in the hospital. My husband then discovered dad had stopped taking his meds months before. He had no explanation, but I think he was trying to let go.

He spent several weeks in rehab and ultimately required an aide for 12 hours daily. A few months later he fell. He was becoming frail and needed 24/7 aides at that point.

He began losing weight, losing his watch, his false teeth, just about anything you can imagine. We watched him become a ghost of his former self.

He started swearing like a sailor, which he'd never done in front of a woman before. He was angry. Angry at the world yet nothing he could do would stop the decline.

After he fell out of bed one night, then fell again shortly after, it was time to move to assisted living. We toured the area. It wasn't as scary as we anticipated but, seeing residents in varying stages of their final cruise while the cheery cruise director is trying to play bingo with them made me want to cry.

Don't get me wrong. I admire each and every health professional that can do what they do. I don't know how they do it, but I guess someone has to.

We didn't go to such lengths to extend life when my grandparents were in a nursing home. They were cared for, but I think they were allowed to fade away with dignity. Well, as much dignity as you can have while dying.

Is it right to keep people alive when they have no life to live, just because you can?

I have no answers. But, I have a distinct memory of my father-in-law on a cool winter evening at the Atlantic City Airport, after a trip to Florida. We were waiting at the curb for our ride and a car pulled up in front of us, a man got out and pulled a wheelchair out of the trunk. He opened the rear door of the car and helped lift an older woman into the chair. She seemed in great spirits.

"If I ever get like that SHOOT me!" Dad said.

"Why would you say that?" I asked.

"I don't ever want to be dependent on someone like that!" he said.

"It looked, to me, like she had a fun time in Atlantic City," I said.

He grumbled and turned away.

If he could only see himself now.