He was ready for camp. Me? Not so much. 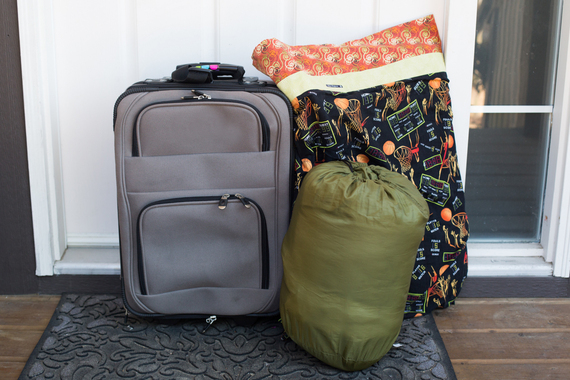 As soon as we dropped off our oldest son at his first-time camp experience, I felt uneasy. Did we make the right decision encouraging him to go? Why didn't we ask a friend to go with him? Would he tell someone if he was lonely? What if he didn't wear sunscreen? How would he do with such a late bedtime? How safe were they really around the water? What if he needed me? 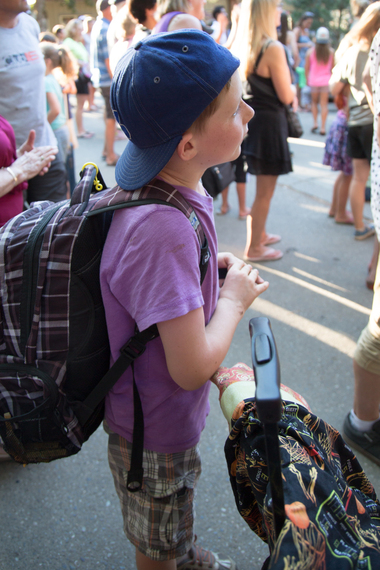 Throughout the week-long camp, my stomach was in knots. If I thought about my almost 9-year-old Kai Bear, tears welled up in my eyes. He had only stayed over at grandma's house before -- this was a whole new territory for the both of us. We had not allowed him to sleepover at a friend's house and here we were letting him have a massive sleepover with 500 strangers.

As hard as it was for me, I know it was beneficial for both of us. I'm "that mom" who loves to know everything; bowel movements (yes), dreams, friends, thoughts, struggles... you get the idea. My instinct is to hold them close, probably too close. He was hesitant leading up to camp; unsure of whether he truly wanted to go or not. He loves almost all activities (as long as they aren't crafty) and I knew he would just need time to get over the initial nervousness that any new experience would give him. I could have easily swayed him to forgo camp but I felt that the benefits would outweigh any hardship.

I remember the first time leaving him when he was a 6-week-old. Gary and I went to a movie and then rushed home to see if he was okay. To be clear, I was the one "encouraging" Gary to get home as soon as possible and I'm still this way (which doesn't make for the most relaxing date). Over time, we took baby steps in "releasing" him; from a sleepover at grandma's to preschool to kindergarten, the distance and/or time apart increased. Having your kids go to school is an emotionally transitional time as a parent; you need to trust someone else to speak into your child's life for a large portion of their day. We have gone away without the kids several times but they were always together and we had daily confirmation that everything was okay; I need that "all is well" text.

By having a piece of my heart two hours away for six days, I was forced to let him go just a little bit more. I needed to trust him, the camp, and God. Worrying about it wouldn't make a difference; I just had to hope and pray that he was having the time of his life.

Sometimes it's hard to let go; my instinct is to protect my kids emotionally and physically... especially emotionally -- don't hurt my kids' hearts! There are some hardships in their day to day because I don't help them with everything, and I actually just can't; it teaches them problem solving and also shows them that there are consequences to their decisions. There are many new situations to navigate as they grow up; I know I won't always be right there to do it and they are going to have to learn to step up while I step aside. No matter what, I hope they know that their mom is cheering them on and praying for them whether they are in the next room, at camp two hours away, or off to university at the age of 18.

How did he do? He had a great time and said he enjoyed feeling like an adult (although I don't think an adult would store their wet bathing suit in the suitcase each day?!). How did I do? I stretched and grew and feel a bit more prepared for next year because obviously he can't wait to go to camp again. For now, we are in the post-camp detox stage: trying to get back into routine with three kids and enforcing regular bedtimes.

Louise is a blogger over at Talk Nerdy To Me where she loves learning and sharing with others on this humbling parenting journey. You can also find her on facebook.

More:
summer campraising kidsParenting Parentsletting go
Newsletter Sign Up
Raise the kind of person you'd like to know
Subscribe to our parenting newsletter.
Successfully Subscribed!
Realness delivered to your inbox

Blogger at Talk Nerdy To Me and mother of three.