The following was originally posted on MyMediaDiary.com.

It was once Armistice Day -- in recognition of the end of the Great War, begun 100 years ago with an assassination in Sarajevo and ending with the loss of millions of lives, the restructuring of the world's balance of power and with heavy reparation requirements -- paving a certain path to another world war in 25 years. 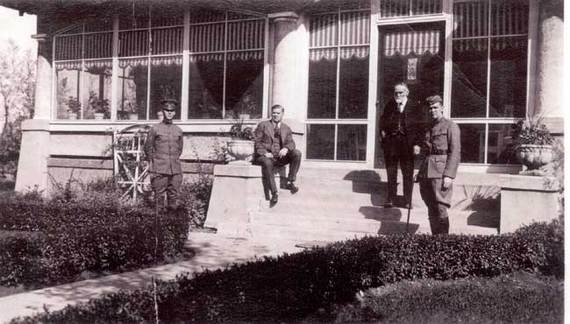 Franklin Roosevelt, Harry Truman and George Marshall refused to let history repeat itself in 1945 and created a plan to rebuild former foes into allies -- not the humiliated vanquished whose death we might celebrate. The GI Bill would create the foundation of a new middle class -- turning returning soldiers into college graduates. 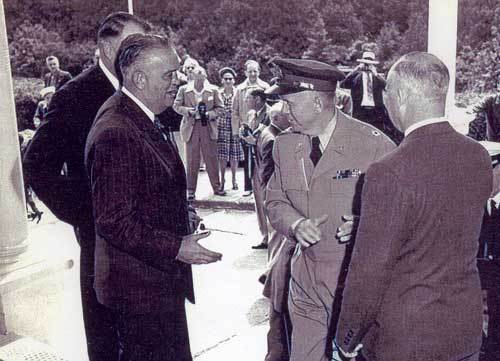 Today we thank our veterans for their service but do we really follow the lead of "the greatest generation?"

One week away from our biannual trench warfare of election ads, millions of dollars are spent and hundreds of characters assassinated nightly by news pundits who smirk as they run down the casualty list like ESPN anchors on Sunday night of March Madness. Unlike our sports world featuring Nick Saban and Jimbo Fisher yucking it up on a Heisman show, the wins and losses from last Tuesday will run deep and personal for many Americans. It is unlikely to expect that Harry Reid and Nancy Pelosi are expecting to receive hand-written invitations to Mitch McConnell's retirement party. 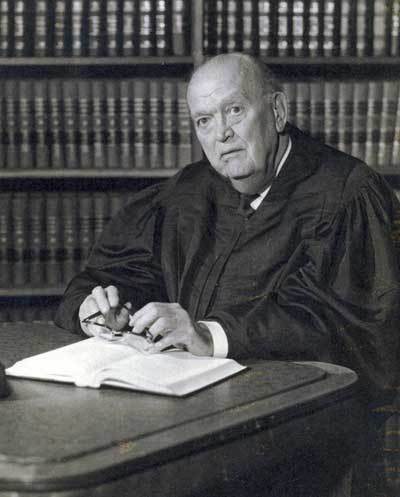 Yet in 1984, Michigan's Chief Justice G. Mennen Williams, a former democratic governor, was giving a speech, dedicating a portrait to his former Republican rival, Harry Kelly.

In 1950, Kelly's was asked to run again for governor, four years after declining to run again after two terms steering the nation's "arsenal of Democracy" through World War II. He was defeated by only 1,154 votes, in what is still Michigan's tightest gubernatorial race. Instead, Kelly became a justice in Michigan's highest court and served until his retirement in 1970 -- the same year that Williams himself was elected to the court. 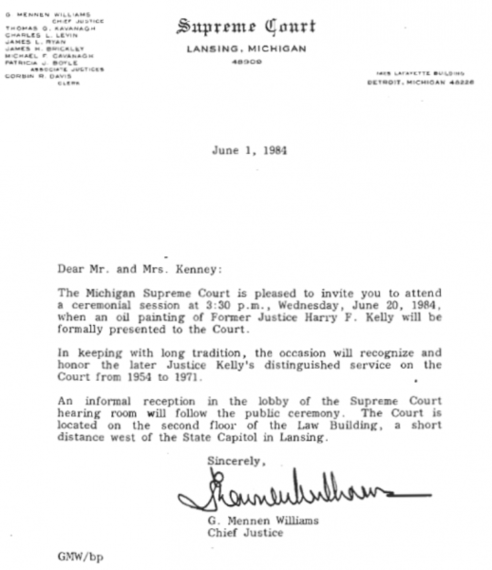 In crisscrossing the state very often Justice Kelly and I would be in the same place at practically the same time. And more than once I was in the audience in some small county seat at a park, or at the fairgrounds, where Governor Kelly was making his last remarks to a large crowd, and then I had the sort of lump in throat experience of another veteran seeing the doughty old warrior trying to get off that platform with his problems that he had with his legs.

"Slight wound in leg. No danger." 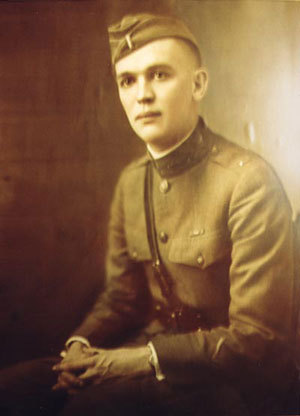 Those "problems he had with his legs" came in one of the bloodiest day of fighting in France in World War I where Harry lost part of his left leg from a grenade in France...

On the night of April 13-14, 1918, the Germans boxed in the Third Battalion with a heavy artillery barrage and followed it with a massive trench raid. This was the first serious action seen by any unit of the 9th Infantry. During this action, Lt. Kelly was seriously wounded by a German grenade, causing the loss of most of his left leg and part of his right heel. Although wounded in both legs, Kelly fought until he was captured by five enemy soldiers. But despite wounds and with the aid of some American soldiers, he escaped -- only to be wounded again. Kelly was taken to a military hospital and sent his parents a reassuring telegram that said "Slight wound in leg. No danger. Soon after, Kelly's left leg was amputated above the knee. (link to MyWebTimes article) 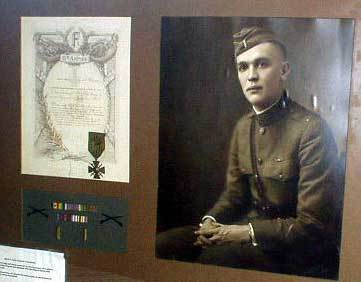 Well, Of Course You Served...

In 1917, Harry graduated from the University of Notre Dame and like most of his graduating class chose to enlist and, to quote the yearbook, kick the Kaiser out of power.

It wasn't a question of avoiding service. As Ken Burns' powerful The Roosevelts: An Intimate History illustrated, the fires stoked by the greatest PR politician of his time, Teddy Roosevelt, were at odds with president Woodrow Wilson until he could no longer keep America out of war. But beyond the hype, in both wars it was clear to the American soldiers the reasons for their fighting.

Governor Harry Kelly with his family during a radio address.

After the war, Kelly entered public life in Ottawa, then after moving to Detroit he quickly moved up the political chain in Michigan from prosecutor to running Detroit's Liquor Control Board, then as Secretary of State until he became governor in 1942 -- and like the other party's president, refused to allow his disability to be an issue. 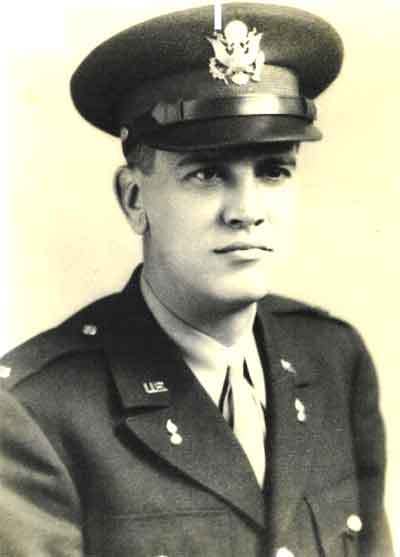 While he governed in WWII, two of Harry's younger brothers were enlisted. It was simply what one did -- and how one could best serve. Walter was an attorney but still landed at Normandy. Jerry's skills were put to use in the Navy undercover as an industry coordinator for the Manhattan Project -- he had to endure questionable glances as a 31-year old in his civvies and could not even inform his wife of his activities or even his rank.

Harry kept in touch with his brothers abroad in the days following the war. 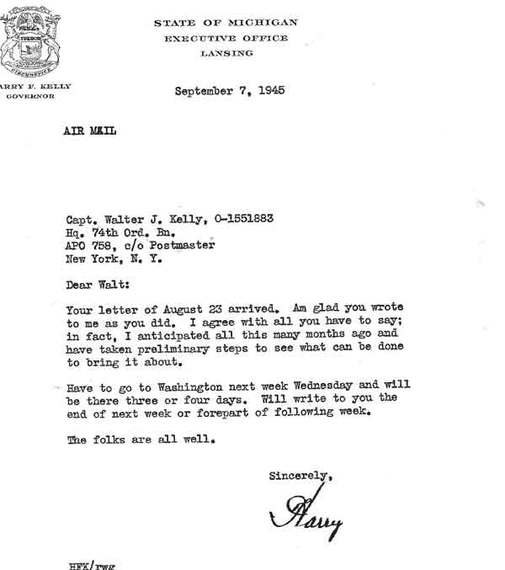 Harry replies to his brother abroad with cryptic references.

Their grandfathers had both represented Illinois in the Union Army -- Harry's maternal grandfather served as flag-bearer for General Sherman. They had all grown up with stories of service and responsibility and, like Teddy Roosevelt and those he inspired, the horrors of the "modern" war were relatively unknown to the general public -- and unspoken of by those returning. 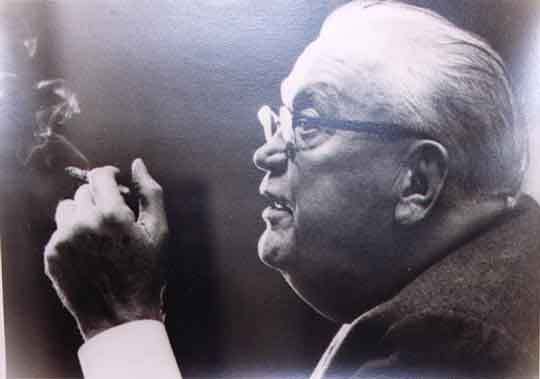 Kelly retired from the court on December 31, 1970 and died 39 days later. Detroit News writer Will Muller notes that the justice knew what war did to a man and left a legacy to care for Michigan's returning World War II veterans who had seen the horrors of war -- and what they needed internally as well as externally.

When Kelly left office there was a surplus in the state treasury and $51 million in a Veterans Trust Fund reserved for needy servicemen. The state's mental health program had been given new life. (link)

Perhaps, some day, our rival politicians will return to the days of Kelly and Williams and work with one another -- or at least honor one another at the ends of their long careers for actual service to our nation.