My daughters and I were volunteering at a group event a while back. We were all working for a common good, when one of the group leaders, whom we had only met less than a few minutes prior, stopped by to correct my younger daughter. And truly, this woman didn't commit the crime of the century. However, her correction to my 5 year old's hard-working attempt to keep up with kids even double her age, turned her excitement from contributing to something greater, to a shame-filled experience.

I just knew there were tears threatening to start, if not already, streaming down her face. She is a quiet one, sensitive down to her roots, and often always silently proving her worth to be here. I looked at my oldest daughter who was between us, and mouthed my concern to her. She confirmed what I had suspected. My daughter was indeed wounded, and was working through bleary eyes.

The Tears Didn't Stop with Her

I moved over to her, already prepared for the encouraging words I would deliver. Although, as soon as I saw her face, I was only able to mirror what I saw. The imaginary string that ties a parent to their child was pulled, and tears pushed through my eyelids as well.

She was done. She wasn't going to continue, no matter what anyone thought of her or asked of her. Her spirit was broken, and I couldn't fix it. So, now these are the clincher moments in which I always think I will rock my parenting skills. And yet, when it happens, it's as if I'm paralyzed, each previously well thought out plan void of the wisdom it seemingly once had.

And no, the world didn't collapse.

Simply, Her Feelings Were Hurt

So, how do we handle when our feelings are hurt, when the would-be offender was really only guilty of poor delivery of necessary information?

How do we teach our children what we as adults can't even seem to master?

When someone says something to us that stings, how do we react? Do we take it personally, feeling all of the shame of someone else's words? Do we react with vengeance, pointing our finger at the all of the wrong-doings of the messenger? Or is there a balance somewhere down the middle?

First, we acknowledge that words can hurt. The person who speaks of the old adage of sticks and stones being hurtful, but words lacking power, never had biting words whipped at them. Just that first part of recognizing, "Hey, that didn't feel good," gives us an open door to work through the hurt feelings and realize the reason behind them.

It seems nowadays everyone feels a right to defend their assumed honor, so that the slightest statement that might be met with disagreement warrants a righteous, and even derogatory, retort. But is it really necessary?

We need to take responsibility for our feelings. Just because we feel wronged, it doesn't mean we need to react. There is a difference between something malicious and something unintentionally hurtful. If there is any discrepancy, we can simply ask for clarification.

Often times, the words become hurtful when we believe they are highlighting some deep-seated insecurity we have about ourselves. It is as if someone has finally discovered our weakness and how we are not worthy. For whatever reason, we agree to what this person is saying and it feeds the salt to our wounds.

Take What We Need and Leave the Rest Behind

What I wanted her to take away from this situation was how to own her feelings, not feel ashamed for those feelings, yet at the same time, not to blame someone else for her hurt.

We can't change other people and the world isn't going to alter every sentence to our sensitivities. Nor should it. We are in charge of how we react. And that is empowering. I wanted to teach her that people can say what they need from us. We take what we need from their words, and leave the rest. And likewise, we allow others to do the same. 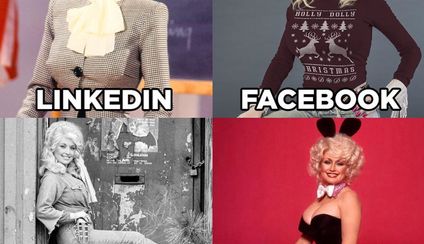