Hundreds of migrants believed to have drowned off Libya. 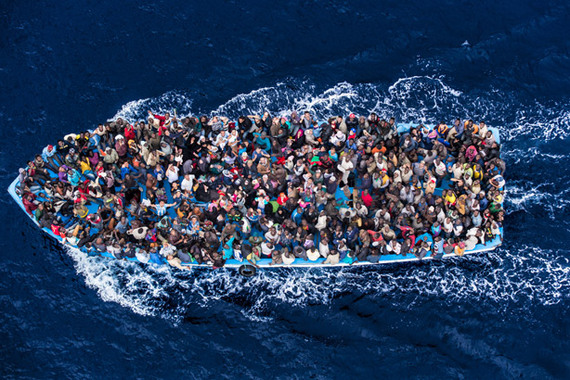 I read these articles and I am horrified. Not just by the state of the world, the war in Syria, the huge refugees problem in Europe but also by the way some of the media continuously portray these horrible events.

These people floating in the Mediterranean are not just a number! They have names. They have a story. They are a proof of how ignorant all of us have become.

Did you see the photo of that little girl?!

Her name was Ayesha. She was seven years old. She loved playing with her dolls and was fascinated by mermaids. Her father promised to buy her a mermaid tail once they reached their new home. He never did. Both of them died off Libya.

How about Mohamed? He dreamed of becoming an engineer, like his father. He was madly in love with Noor and promised to come back for her once he settled in his new country. He died when the boat he was on capsized off the Libya coast.

That pregnant woman you see in the refugee camp. Her name is Zayna. She was seven months pregnant when she lost her husband and was forced to flee Syria. She gave birth to her first born son at the Greek-Macedonian border. She has a name. She has a story. She is not just a number!

If, god forbid, a boat full of British or American people capsized tomorrow off Libya, in less than 24 hours we would know the names of everyone on-board. We would know everything about their lives, their goals and their dreams. We would change our Facebook profile photo to black, RIP would be trending on Twitter and in less than a year we would watch a Hollywood blockbuster movie honoring the lives of everyone that died on that day. Oh yes, and we would all collectively say #NeverAgain because that is what humanity has been saying for centuries now. It has worked wonderfully, right? 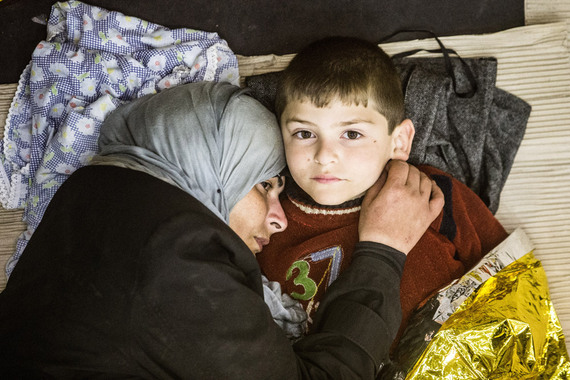 So why are we acting differently when the victims are Syrian or Libyan? I thought that we all bleed the same color. This is what I have been thought. This is what I have believed my entire life. And to tell you the truth, for the first time in my life I start to doubt it! If we all bled the same color, we would not treat someone's life just as a number.

One of my friends says that we ignore these issues because the victims are Muslim. I wouldn't agree. I would say that we have just become painfully ignorant. We sit with our phones and just watch while the world is falling apart. We comment, like and share and we go to bed. Why should we be affected? This is not happening in our neighborhood right? It is not our conflict!

The truth is this is everyone's conflict. Think of it. As you are reading this column, someone, somewhere is on a boat, at a border crossing trying to escape gruesome cruelty, hoping that the pain would end soon. But the truth is that they cannot do it by themselves. They need our help.

In the words of a dear friend of mine:

We need to dramatically change the world so that citizens stop accepting their corrupt, power-hungry politicians who start and promote war and hatred. They divide us as humans! They flair hatred among countries, races and religions for their own selfish benefit. We accept them... We even vote for some of them. Until we stop giving these horrible men the power, sadly, this will continue to happen and I fear that it is going to become worse. Each of us needs to drive change-- in our family, our neighborhood, our community and our country.

So next time you see a photo of Libyan and Syrian refugees or read an article about the capsized boats full of migrants, please remember one thing: every single one of them has a name, a story and a dream. They are not just a number. They are a result of humanity gone wrong. They are also maybe the last sign that we need to change ourselves and change the world.

No one deserves to be just a number.