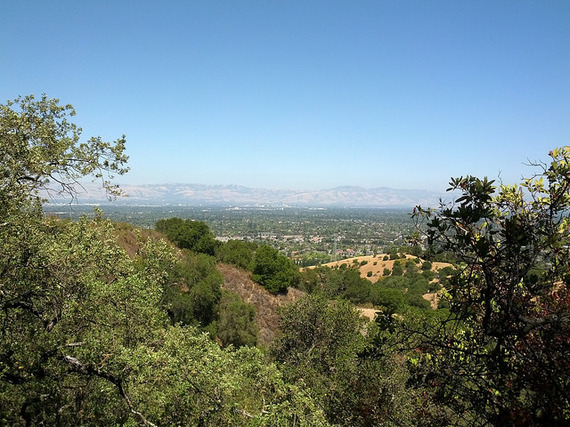 The question continues to come up often in our work with global entrepreneurs, so further to my earlier Harvard Business Review piece, I will add more color to it. First, here's a recap from the HBR piece:

My take on the subject is that if you're going to move to Silicon Valley, be prepared. It's horribly expensive, which impacts your burn rate. The talent war for start-ups that lack major VC backing can be brutal, and too many entrepreneurs underestimate this factor. And it's not easy to survive the early stages of such a move.

Let's imagine these conceptual arguments in more concrete terms. You're the founder of a start-up that's too nascent to allow you to draw a salary-but to live in the Valley, you're now paying $3,000 a month to rent an apartment. You have no funding, but you have to convince some engineer who's already juggling 15 job offers (including offers from Facebook, LinkedIn, and Google) to join you to help finish your product. Rehearse the pitch in your head, and please come share it with me at one of my Thursday morning free mentoring sessions. I'd like to see how it sounds. I'd like to see if you could convince me.

Remember, you have no funding, so you have limited ability to pay this person. Beyond equity, you have two things to rely on: vision and personal charisma. Since the company has not much to show for it yet, the equity probably isn't much of a draw, either.

Is this engineer going to accept your job offer? The answer, in most cases, is no.

Companies that move to Silicon Valley after gaining traction end up having a better success rate. Traction means running experiments to suggest you've found a validated business model, some actual revenue, some early wins. If you're going to move to Silicon Valley, waiting until you're beyond the very early days can make sense.

For one thing, having achieved traction may allow you to raise funds. There's a misconception that VCs and angel investors fund ideas, but generally speaking, that's not true. That may happen if you are a serial entrepreneur on your third venture and have made money for investors before-but even in that case, you would be able to invest in your own bootstrapping stage. In any case, you don't need outside investors till your experiments are somewhat mature.

The tension, clearly, is between the cost and competition for talent, versus access to capital and experienced talent in Silicon Valley. Let me address those in more detail.

If you come to Silicon Valley in the seed stage, say with a cloud services company that is under $80k MRR ($1M ARR), the likelihood of your attracting venture capital is low. The VCs are typically looking for much higher levels of traction, and the $1M ARR / $80k MRR threshold is quite typical these days.

You have to either bootstrap to that threshold, or fund it through seed capital raises, or with friends and family money.

Now, the current abundance of seed capital has allowed many companies to get going, but many are caught at the 0-$20k MRR levels, and have not gone to the next level to be able to attract a full venture round, or additional seed capital. This is what has come to be known as the Series A Crunch. There are numerous companies in Silicon Valley who face this crunch, as there are many who are not in Silicon Valley, but looking to move here.

My take: If you need runway, the Valley's cost-structure is very problematic, and unless your team is willing to work for equity and you don't need to hire here, don't move here until you get to the $80k MRR threshold.

If, however, your team IS willing to work for equity and some of you can move to Silicon Valley, and you have a reasonable degree of confidence that you have product-market fit, the capital available here is more than elsewhere, including seed capital.

The ideal point to move would be AFTER you've hit the $80k MRR threshold and you are going for venture capital. Definitely, there is more venture capital here than anywhere else, and we can certainly help you access that capital.

(1) I have used numbers of the cloud industry, there are similar thresholds in e-commerce, mobile apps, etc.

(2) Just because you have the MRR/ARR doesn't mean you are fundable in Silicon Valley. There are other issues like market size, go-to-market, growth rate, IP defensibility, team, etc. that would need to be addressed as well.

(3) Some Silicon Valley investors do fund companies elsewhere, mostly within the US, and a few very rare ones fund companies abroad. Most that have serious global strategies have people on the ground in India, China, Israel, etc. If you choose to tackle the talent crunch issue by locating elsewhere, then you'd definitely need to show a lot of traction to attract capital from here. Harder to do, but not impossible. We work with a small set of investors who like this model.

(4) If your market isn't global but rather local to a certain specific geography, these investments are rarely done from Silicon Valley, and you don't need to come here for funding those.

(5) Even if you move, you don't need to move your entire team here. Having an off-Silicon Valley base is considered smart human resource strategy by most investors. The talent pool here has become extremely fragmented, with a very large number of startups.

At the end of the day, Silicon Valley is still one of the best places to build a global technology / technology-enabled business. There are some exceptions (e.g. New York could be good for Fashion or Media). We know that many of you aspire to move out here.

If you do, please come with a well thought through survival plan. Don't run out of cash and become yet another infant entrepreneur mortality statistic.