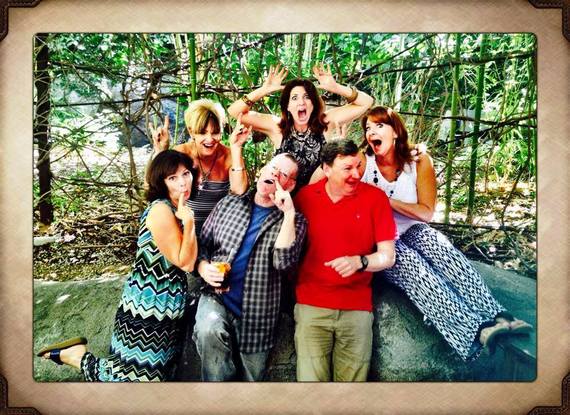 The youngest of seven children whose parents are deceased, Colleen Haggerty chronicles the sudden terminal brain cancer diagnosis of her single/childless 53-year-old brother, the makeshift care-giving her adult siblings built along the way and her experiences with the surprising person who awoke from that fateful brain surgery.

It was your typical Saturday afternoon of errand drift when the lightning bolt of texts and calls shattered the day.

Our 53-year-old brother, Kevin, was headed to surgery. He'd had a brain aneurysm. The MRIs indicated a tumor and bleeding, and the neurologist gave him a 20 percent chance of recovery.

It's been 26 years since we've had any deaths in the immediate family and we weren't going to have one now. Not with one of our own, one of The Seven.

See, my family on the surface is the all-American, Irish Catholic, working class version of the Kennedys, with seven kids born from the 1950s through 1970. We're outgoing, popular, jocks and cops, teachers and techies. Scratch the surface of the Rockwell painting, however, and what quickly appears looks more like a Carrie Fisher family portrait of medical scares, a few addictions, garden variety homosexuality and a dash of crazy.

Despite the generations of scrapes and dents, there's a lot of love among The Seven, along with a unique bond. Both our parents died relatively young -- dad at age 46 after a long battle with melanoma cancer, and mom at 56 with a sudden onset of acute myelogenous leukemia that snatched her up in mere weeks. We seven found ourselves parentless and on our own except for each other.

What emerged was an intangible energy bond among The Seven, through good times and bad, births and weddings, job loss and double mastectomies. It's the kind of connection you hear twins have, only among seven.

Now, our busy lives screeched to a halt to support our single, childless brother. Only we had no idea what we were dealing with or how to go about it. 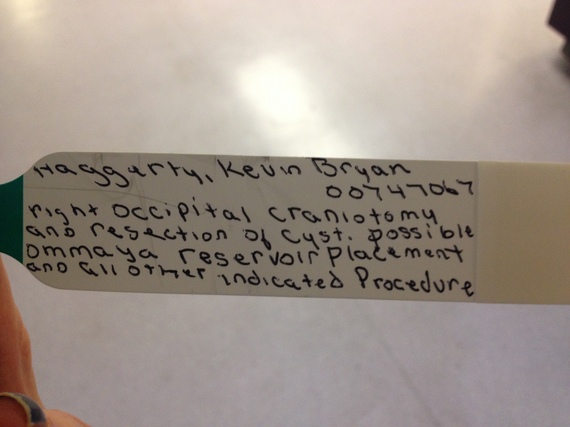 We camped out at the hospital while Kevin was in surgery, joined by in-laws, cousins and lifelong friends -- our family has an entourage. Later we descended onto a nearby relative's house, the day captured by my brother-in-law in an email to his family:

"... these Haggertys really know how to handle crisis. They are not cursed with solemn-mindedness as we are, but they acknowledge the gravity of the moment and instead of carrying it on their backs, they let it drop and serve as an anchor to ground them. They derive strength from their numbers so that each one's burden is not too heavy. They tell and re-tell stories, talk about politics but do not argue, buy way too much food and cook it all, drink wine and beer and laugh loudly. It's as if the heaviness of the moment is a reminder to them of how precious little time we all have with one another, and they do not treat it delicately, but robustly, without fear. And I love them for it. We should be so good at being serious."

And it was this coalescing through stories, tears and laughter that we gained the confidence to cobble together a safety net for our brother, who survived the brain surgery but would require significant support with daily living, medical appointments, and other needs utterly unimaginable to us before now.

No guidebooks or dress rehearsals, we were going to wing it, just like we did at becoming adult orphans.

Luckily, hospital case workers exist for things just like this, and we had our first crash course lesson on the ER lobby patio. We got clarity around Kevin's physical and cognitive limitations along with his immediate living and medical requirements. Next, we divvied duties by pairing those needs with our own strengths and fortitude, careful to honor each other's sensitivities given we didn't know if these assignments would be short term or a new lifestyle for us.

For anything else, we'd just figure it out as we went along. We learned quickly that we can't plan for everything.

This rag-tag system resembled the old kid's game Mousetrap, precariously stuck together yet miraculously functional. And it was working well for about two months, when our cheese got moved.

Kevin, who had regained memory, speech and strength by this time, suddenly went downhill physically and mentally. An MRI found fluid on the brain that needed immediate surgery. Our support system went downhill right along with him from panic, stress, blame, and people stepping on each other's toes.

It took guidance from the case workers, now on our speed dial, to get us back on track with amended plans, changes to some of our roles, and reminders to be sensitive to our own and each other's emotions and coping abilities. Not easy for a family who grew up relentlessly teasing each other and avoiding emotions. But, as of now, we were back on track with version 2.0.

Brain cancer will change things on a moment's notice. Once we accepted that, it was easier to be flexible and unattached to plans, and to not sacrifice the good over the pursuit of perfection.

Because none of this is about us.

Next Issue: The brother who awoke from that initial brain surgery, Kevin 2.0
Story adapted from original published on Medium.com 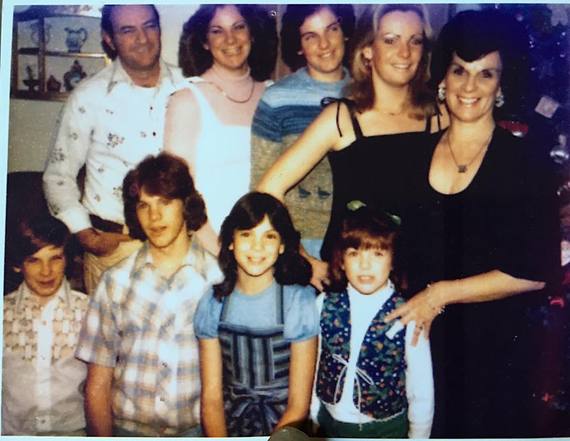