A parent's degenerative illness can make the holidays a lot less merry.

I'm a 43-year-old teenager, sulking, silent in the passenger's seat of my father's Subaru, and he's doing his level best to fill up the air -- mostly by pointing out the local landmarks of Mauldin, South Carolina.

There's the corporate headquarters for Bi-Lo groceries in case I was wondering where all the trucks were coming from (I hadn't noticed), the Duke's Mayonnaise plant, an intersection that's tricky after dark, in case I was ever out this way again at night.

He's trying to help and I love him for it, but I'm several clicks south of helpable at the moment and just trying to soldier through. That's what decent people do, I suppose. I haven't felt especially decent or much like a person since I landed yesterday. So I approximate what I hope is a neutral, perhaps even mildly pleasant expression and solder it onto my skull as we park the car and amble toward the low brick building with an armload of boxes.

He's limping noticeably and sports a massive, dusk-dark bruise on his forearm, exploding out from a pale, pinprick center. He's tired, too, from the medication ("Better that than dead," he says. "Yup," I say.), but he's still unmistakably my Pup. 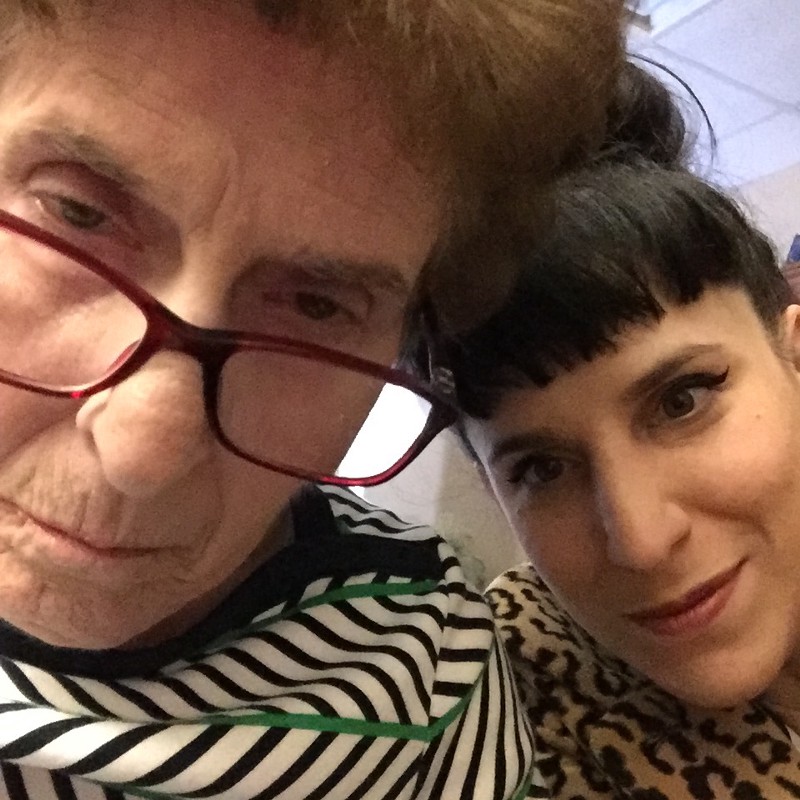 There, just inside, is my mother -- or at least what's left of her. I never know quite what to expect from visit to visit. Parkinson's disease (which killed her brother a few years ago) and Lewy Body dementia are an especially cruel roulette that way.

In the two months since I've last seen her, they've knocked walking and swallowing solids out of play, replacing them with a full-time wheelchair and a joyless slurry of pureed foods. But in a fit of whimsy, today they've given her back my name. It's been years since I've heard it pass her lips. It comes out in a croak and knocks me off balance.

"A parent's degenerative illness can make the holidays a lot less merry."

I force air through my smile, which is starting to cramp from the effort.

"Hi, Mumsie! I wanted to see you before Christmas! I'm helping Pup to..."

I pause, unsure how or if to proceed. It's unclear to any of us: my father, my sister, the staff and least of all me if she understands that she will not be returning to the apartment at the retirement community where she and my father have been living for the past few years.

Or that I have come to South Carolina to help him pack so he can move in with my sister -- to save some money for her care and to save his strength so he can get better.

Or that after 46 years of marriage, she now lives alone in a room in a nursing home, and everyone agrees it is for the best.

It's a nice room, clean and mostly quiet, and I wheel her listless body to it. With the door open, I can still hear the murmur of the common room TV. The first day or two after she moved in, there were no private rooms available and her roommate insisted on listening to cable news at top volume, so this is a definite improvement. Mumsie has always been sensitive to noise.

I back her chair against the bed, and Pup urges me to sit and face her while he finds things to fuss with around the room. I recognize a few artifacts from my ancestral suburban Kentucky home -- framed photographs, a Mary figurine, a few books (which I doubt she can still read) -- and he's brought over a few more, mostly Christmas tchotchkes he's found in the midst of the move. He's cornered the market on busy work for the moment and tells the two of us to talk.

I am terrible at this and terrified -- mostly of her, and I feel like a monster for it. She's my mother. And I love her, of course. But in this unfamiliar place, seeing this faint outline of her is causing my brain to fill it in with the most vivid impressions she'd burned into it. The anxious fits, the paranoid phone calls, the sobs about the world's injustices, the howls of arthritic pain, the drugged lump on the living room couch after the first hospital, then strapped down and rambling in another.

Today, I do not know who is in there. But I am damned if I am going to speak to her like the aged infant she appears to be. She deserves the dignity of being someone's mother and for this very small while, I allow myself the indulgence of being her child.

I fill the air with so much talk because I don't know how much longer she will be there to listen. I show her pictures of my husband, and of my two dogs who she will never get to meet. I tell her about home and work and travel and old friends and while I can not quite fathom what she's taking in, she seems to be fighting to keep her head up and eyes open. I let myself believe that means she wants to hear it.

Then it's time to leave. Pup has to wait for the satellite TV installers at my sister's place and there is still so much to wrap and pack from their old apartment. Mumsie understands that we are leaving and worries aloud, "But how will I get to lunch?"

"I've got you," I tell her and wheel her back out to a table in the common room where residents loll sleepily in their chairs or nod softly at anyone who passes. I plant a gentle kiss on the tip of her cheekbone. I am afraid I will break her.

"Today, I do not know who is in there. But I am damned if I am going to speak to her like the aged infant she appears to be."

In the hallway back at the retirement community, the women tell me how much I look like my mother, and what a saint my father has been for taking care of her all this time. These are both things I already know.

The next morning, she is newly surprised to see me and says my name again. I lock the sound away greedily. On the way over, Pup has told me that since getting Mumsie loaded into the car and transported anywhere is such an exhausting process, they will only bring her to my sister's house on Christmas Day, not the night before.

I nod and say yes, I understand, but a small part of me is snuffed out. Since the year before they were married, he had read Dylan Thomas' A Child's Christmas in Wales aloud to her on Christmas Eve before exchanging presents. Hell, my own husband will be reading it aloud to me on Christmas Eve, just a state over in North Carolina. He lost his mother a few months back and on the day of her funeral, his siblings extracted a teary oath that we would all gather on Christmas this year to celebrate her memory.

Memory. Today is not an auspicious one for that. Pup gently places his hands on her shoulder and begs her to please, please try and remember that he probably can't visit the next day. I will be back in Brooklyn and he will be waiting for the mover and please, please try to remember so you don't panic that I died and have the staff call like last time. Please try.

I have no idea if it's sinking in -- at least not as deeply as she has sunk into herself. If yesterday she seemed listless, today she is boneless, curled and twisting forward into herself as if the center of gravity is in her breastbone, pulling her chin and eyelids toward it. If Pup or I speak, she fights to resist it, but after a while it just seems cruel.

It would be a gift.

It's time to leave and I wheel Mumsie back out to the common room where another resident sleeps face-first on the table and a nurse speaks sweetly to her. Pup notes to the nurse that today seems like an especially low ebb in my mother's health, and while they confer, I kiss my mother softly on her head and whisper, "Love you Mumsie."

For the first time in at least a decade, she forms her mouth around the words and pushes them out. "Love... you."

She slumps forward, exhausted by the effort. I wrap her words up and tuck them away for later when I know I will need them. "Merry Christmas, I'll be back soon," I whisper and creep away so she can rest peacefully.