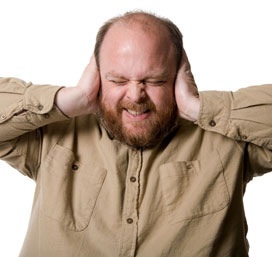 Now, you listen to me, Trader Joe's, and you listen good. I have stayed with you through the years even though you suddenly stop carrying every third item I have just decided I cannot live without; even though the goofy little attempts at comedy you put on your paper bags are about as funny as an episode of Mr. Belvedere and even though your parking lots are responsible for more near-accidents than a restroom bar on Jersey Shore.

But selling me my youth along with my groceries is starting to wear thin.

It starts in the aforementioned parking lot. The music pumps through the p.a. from before we get into the store, almost as if what is meant to get us through the automatic doors is not the promise of obtaining our much-needed, life-sustaining victuals, no. It is instead the exhilarating prospect of hearing the rest of "Wonderwall." From that point on, the innocent shopper is bombarded by the upbeat, playful, often downright awful songs of an earlier era. Before long, it feels like I am being sold something beyond just foodstuffs. I'm being sold comfort and familiarity in an eerily calculated way. And when it's not 80s music, it's a 50s mix, or a psychedelic mix, or a disco mix... a time for every demographic that might have naively stopped in thinking all they needed was some of that killer tomato basil hummus.

So much for living in the moment. It's hard to shake the sense that we are being loudly reminded of the past in order to stay in a good consumer frame of mind. Maybe our shopping experience will feel more like a keg party if we're reminded of that long-ago keg party while we're doing it. But it just reeks of branding, manufactured nostalgia and a playlist chosen by Big Brother.

In deference to the overall awesomeness that is Trader Joe's, the fact is we can barely go anywhere anymore without being assaulted by a feel-good music mix. The mall, a restaurant, a waiting room. And it isn't always feel-good. Music has the power to rocket one right back to all sorts of questionable moments in one's life. A recent visit to the bank (which has no reason to be anything but an innocuous, mind-numbing experience) was augmented by the Bangles' version of "Hazy Shade of Winter." All I wanted was to cash a check; the last thing I needed was to be transported to the time when I broke up with my college girlfriend: objects were thrown, vicious insults were hurled and a lackluster attempt at make-up sex not only drove the last nail into the relationship coffin, but also rivaled the lethal injection scene in Million Dollar Baby as an unmitigated downer. Thank you, bank.

Back when I was a wee lad, Muzak was what it was meant to be: wallpaper. Wheezing, anemic, non-vocal arrangements of hit songs designed to be ignored. A Google of Muzak turns up the fact that it's been around since the 1930's and was, depending on which spurious bit of Internet research you care to believe, either used to soothe workers who might otherwise revolt, or accompany folks in elevators to quell their fears of plunging to their deaths. Then, in the mid-1990's, the company re-branded, and soon supermarkets and dentist's offices featured original artist mixes from various eras of popular music. This meant that you could be checking a cantaloupe for proper firmness and suddenly remember who you were doing when you first heard "Sister Christian."

And there are unforeseen side effects to this more targeted invasion of consciousness. Such as when risqué songs from another era end up in the playlist, on the assumption that they've lost their controversial impact over the ensuing thirty years. Try telling that to the mother I saw walking her six-year old-kid around Trader Joe's while he was asking what the lyric "relax, don't do it, when you wanna come" was all about.

In any case, it just isn't fair. We should have control over when joyous or bittersweet memories grab us by the jugular and refuse to let go. We can voluntarily invite these moments into our lives by channel-surfing in our cars, cranking up the iPods during a workout, or selecting the proper song to help us sit in our favorite armchairs weeping about the three kids that could have been ours if we'd only stayed with our ex.

That our innocent consumer brains should be susceptible to yet another layer of subliminal feel-good marketing while we grab what we need to live, or slammed with an unbidden bout of sadness simply because we need to replenish our supply of Clif bars is troubling, to say the least. When I called the Association of Retail Outlets to complain, they put me on hold. While I waited for the next available representative, I heard "Everybody Hurts," "Don't Dream It's Over" and "Smells Like Teen Spirit." Muzak to my freakin' ears.

James Napoli is an author and humorist. More of his comedy content for the web can be found here.