From 1972-87, I worked as a professional scuba diver for Marine World/Africa USA, an aquarium-zoo in Redwood City, California. Most of the work was plain hard labor, scrubbing algae off the walls, floors, and windows of the giant salt-water tanks. But the creatures we swam with? Sharks, dolphins, eels, seals and killer whales -- magic.

Sometimes we brought the dolphins to the vets for medical attention. This was not always as easy as it might sound. In later years, tanks were made with rising floors, which made the situation less stressful for all concerned. 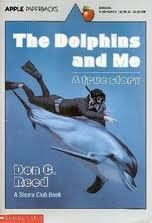 But in those days, we would put a net in the water, to narrow the swimming area. Breathing through snorkel tubes, we would swim over the top of the net, wait until the dolphin appeared to relax, and then gently approach, and put our arms around them. When they cooperated, everything was easy.

But one day a 350 pound dolphin named Ernestine snapped her jaws at me, and nodded her head in warning. ("Yes" means "no" in dolphin body language.) What I should have done was to back off and try again later. But I was young and foolish, and everyone was watching. I swam toward her, slowly, arms out.

She did a sudden forward roll, like dolphin judo. Her tail slammed the side of my head. It felt like a car crash. Cold water entered my now-burst eardrum.

When I pulled myself out of the tank, there was a roaring in my head. The world was spinning round and round, and I sat down to make the planet hold still. But I was lucky, the damage was minimal. I just had to stay out of the water for the next six weeks, and was deaf in the left ear for a while.

Most people lose their hearing in a less spectacular but far more permanent way.

Hair loss. No, not the gross tufts of hair protruding from old folks' ears, but essentially invisible hair cells, deep within the ear, inside the snail-shaped cochlea, where 30,000 hair cells rest in a bath of liquid. When noise happens, the hair cells tremble slightly, and send vibrations to the brain, as sound.

When our hair cells wear out, there are no more: lose some, and you are hard of hearing. Lose them all? Deafness.

How big a problem?

"Across all age groups in U.S., approximately one million people over five years of age are functionally deaf."

And the number of people with lesser degrees of hearing loss?

Hearing aides help somewhat, of course, amplifying the volume if you can still hear something. Even so, hearing-challenged people face difficulties, as they struggle to be a productive part of society.

Anyone who has had to answer the endlessly repeated questions -- "What did he say? What was that?" -- knows how irritating it can be. Imagine being on the other side of the equation, the person who must ask others to turn their volume up, not just once or twice, but on almost every encounter of the day?

Helen Keller, both blind and deaf, compared the two conditions:

All too often a deaf person will just quit trying to participate, and sink into loneliness, depression and despair.

And, of course, some bosses will deny jobs to a hard-of-hearing person.

But what if we could fix things? If those hair cells could regrow, or if we could make more of them when there was need, we might restore hearing.

There are no deaf chickens, because birds can regrow hair cells. If they can do it, why should humanity be denied the subtlety and grandeur of sound?

At Stanford University, in Palo Alto, California, a group of scientists have dedicated their lives to restoring human hearing.

"There are seven of us in the Stanford Initiative to Cure Hearing Loss (SICHL, pronounced like sea shell) working on different parts of the ear. As a group, we collaborate, and push hearing research forward," said Dr. Alan Cheng, M.D., when we did a recent catch-up interview.

A surgeon, Dr. Cheng frequently operates on deaf children, giving them a cochlear implant, a "complex electronic device that can help provide a sense of sound..."

But implants, while valuable, give only a crude imitation of normal sound. The person may learn to understand speech, and grasp warning signals, like a car honking its horn, but that is about it.
Dr. Cheng feels frustrated, because he does not have something better to give the children. But if all goes well with his research, that may change.

Remember when the dolphin struck my head? Not only the ability to hear was affected, but also my sense of balance. That duality may be important.

The body's sound system has two parts: hearing itself, and the sense of balance. The hair cells in the hearing part do not regenerate, but those in the balance system are different.

The utricle, a balance organ, has hair cells that regrow. This tiny organ is the center of gravity awareness. When the elevator drops suddenly, or the fighter pilot swerves the jet, it is the utricle which signals us. And in the utricle, Dr. Cheng appears to have found the particular stem cell that starts that process of hair cell regeneration.

"It's going!", he said enthusiastically, "You can see the results happening. We see re-growth of hair cells in the mouse balance organs. And the balance function appears to improve, according to how many hair cells come back."

I was glad the California stem cell program had funded his research, and hopefully will be able to continue doing so.

And then, an unexpected delight, like finding a thousand dollar bill between the cushions of a second-hand couch.

There may be a way to prevent one major cause of deafness.

Hearing may be lost by using the wrong prescription drug.

In poor countries, sick children are often given an antibiotic drug called aminoglycoside. This helps their immune system problems--but may also make them deaf. An estimated 30% of those who take this drug lose their hearing.

What if there was a powerful antibiotic to replace aminoglycoside -- but which would not steal the patient's hearing? Dr. Cheng and colleagues have developed an experimental drug which may do just that.

The California Institute for Regenerative Medicine (CIRM) has funded several members of the SICHL group.

Their path is complicated and difficult. In fact, one of the group, the renowned Dr. Stefan Heller, has just released a paper on approaches that did NOT work for them. 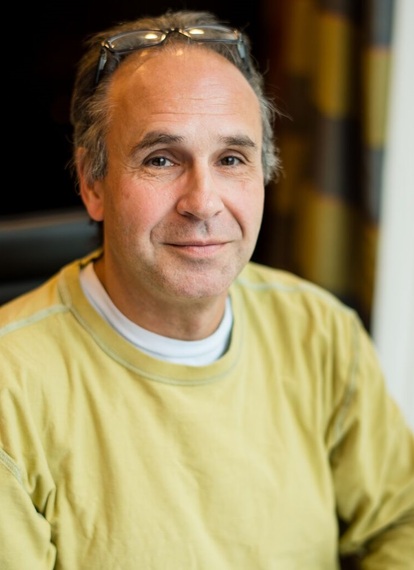 Discouraging? Not really. The scientists at SICHL -- and all who learn from the paper -- can use that knowledge to avoid mistakes. And it offers a positive direction: on the importance of the environment of the inner ear.

As the paper states: "Our results provide a framework for future exploration of stabilizing microenvironments for efficient differentiation of stem cell-generated human otic (ear) cell types."
Cheng sums up the struggle.

"Regenerating hair cells in humans to restore hearing is going to be a long journey with numerous obstacles. But with the support of the California Institute of Regenerative Medicine, and the Stanford Initiative in Curing Hearing Loss, I believe we are well positioned to overcome these challenges in years to come." 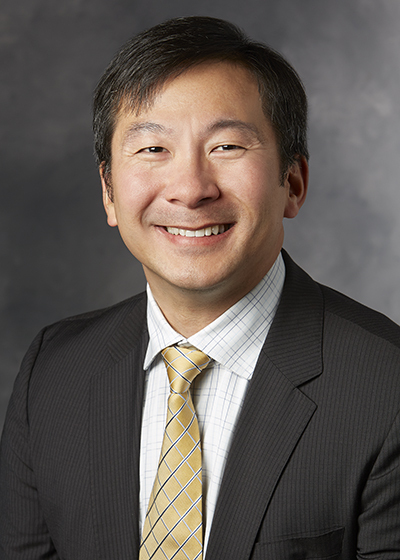 Scientists like Drs. Cheng and Heller are self-starters. If they have the funds, they will do the work: practically living at the lab, working toward the day when the deaf can hear again. If I had to sum up their attitude, it might be something like:

If you never quit trying, you can only win or die. And everybody dies, so why not try?