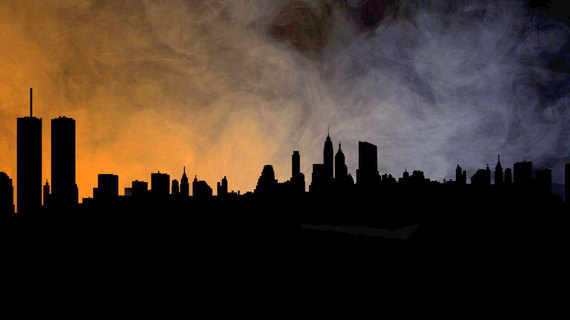 Listen to This Report

Thirty-eight years ago this week, the lights went out in New York City. Chaos ensued. But the nature of the disruption was far from simple. This week, PBS's American Experience chronicles and deconstructs that intense 1977 experience. Blackout, however, is no expose. It's a cautionary tale about simmering class divisions that explode when sparked by unanticipated catastrophe.

It was a stifling, scorching, sweltering night, and predictions of rain, however brief, were welcome.

Air conditioners worked overtime and fans rotated stale hot air. Around 4pm lighting struck a Consolidated Edison substation in Westchester County, and for the next 25 hours, more than 7 million people were without power, 800,000 were stuck underground in subways, and tens of hundreds were stranded in elevators. 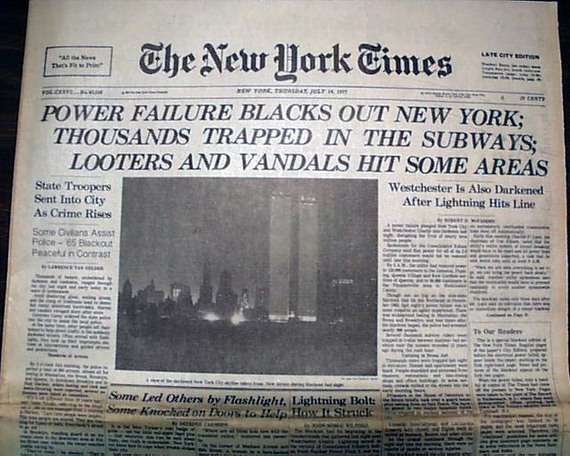 And when the lights went out that night the stark differences between New York's poorest and some of it's richest were illuminated in ways rarely seen before. At Windows of the World restaurant the general manager abandoned strict rules requiring suits and ties for the customers that night and ordered champagne for everyone.

And in the deeply racially segregated neighborhoods of Harlem, the South Bronx, Bedford Stuyvesant and other dense pockets of poverty, some individuals used the cover of darkness to go from store to store to "shop" without paying.

The impact of the blackout on New York was later summed up in crime statistics: Over 3,800 arrests; a thousand major fires; and damage that exceeded a billion dollars. But what the documentary Blackout decidedly is not about -- primarily -- are the initial wave of looters who stole washing machines, cars and television sets during the first few hours after the transformers blew.

"The much more interesting phenomena is what occurs after that wave of predictable crime," said Mark Samels, Executive Producer of American Experience. He said the second wave of looting spotlighted the desperation of many poor residents, and the class divisions that fractured and continue to fracture America's largest city. 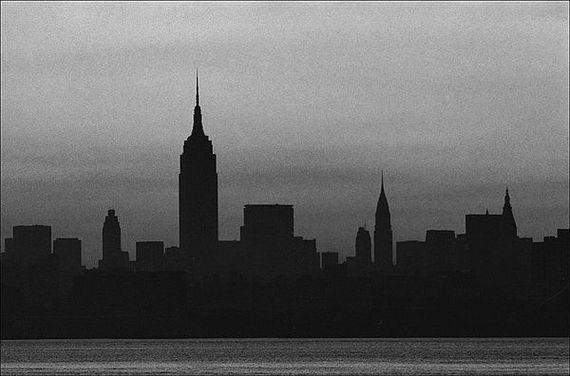 Among other items, pampers, toilet paper, food and essentials. They were taken by people who had never been in trouble with the law, including scores of down-on-their-luck housewives, according to the documentary.

"Not a package of pampers survived the looting" said one ex-policeman interviewed in Blackout.

Mark Samels asks: "What was the context of this? What was the background? What had happened? And when we looked closely at it we were reminded that twelve years earlier in 1965 there had been another blackout in New York City, and it was a blackout that was marked by jovial gatherings and music and the purported birthrate going up nine months later. And it had a sort of fond, wistful sentimental remembrance of it."

"It was still getting dark fairly early and all of a sudden the lights go out."

Vasquez, the former Executive Director of the Boston Women's Fund, was living in Bedford Stuyvesant, then a community marred by gang turf battles and the frequent sound of gunfire. A pre-teen then, Vasquez says she was trying to get home from a school study group meeting in New York's suburbs.

"And the parents of the girls in the study group actually drove me home. I'm sure they never drive through Bed Sty, but as they were taking me home everything was dark and certainly my own neighborhood, which had actually gone through two riots in the mid-60s. It was so silent and quiet. I got home around midnight and just felt really safe because there was no one on the street."

"What happened is that New York came apart at the seams," Mark Samels of American Experience said.

"Schools declined, police forces declined, people were laid off, the economy went spiraling downward. Everything got put under pressure. You didn't have a place to take your kids after school, the Bronx was on fire. You had in a way the erosion of all those things that prop up civility by 77' they were under tremendous stress and then, boom, the electricity goes out, the lights go out and a different reality sets in for twenty-four hours. And that's what our film is all about."

And race, said one commentator in the documentary -- who lived in one of the hardest hit neighborhoods -- was not the dominant issue during the rioting.

"Looting is a complicated thing. It's people on the bottom being on the top for a moment. It was people who were poor and hungry. Not so much race as it was class. Blacks didn't go after whites. Latinos didn't go after Italians. We went after their stuff."

We are reminded in Blackout that New York had been a blue-collar working class city. You could find a job on the docks, sweeping streets, building skyscrapers. "But by 1977 this was a distant memory." Unemployment in 1975 stood at 12 percent and New York had truly become the city of the haves and have-nots.

And Mark Samels asks, what does that mean for cities experiencing new and unprecedented levels of income and wealth inequalities today?

"This is really in a way a cautionary tale about the social contract and when portions of the social contract are eroded, to such an extent like they were in New York City in the 1970s, then a spark, some inciting incident can happen that really starts to break down society. And that's what happened that night."

The blackout of 77' also produced numerous scenes not captured in the reporting at that time. Former Boston reporter, Jim Boyd, originally from New York, was dispatched to the city and immediately called his mother. She told him she had come home the night before in the dark on a bus and when she got off at her stop, she was unnerved by the silhouettes of teenagers hanging out in the dark on the corner.

"The group approaches her and says 'mam can you tell us where you live? We live in this community. We want to do what we can to make sure that people are safe. And so if you don't mind, we'll gladly escort you to your building to make sure you get home safely.'"

When the lights finally came on, the ensuing narrative rarely touched on such good deeds. What is mainly recalled, says Mark Samels, are the fires that burnt, the thousands of people who took looted items from more than 1,500 stores, and the overflowing numbers arraigned in court in the days after. But Samels says in 2015 as we look back on that period the conflicting themes accented by the Occupy Movement and the Tea Party come into focus.

New Yorkers were undergoing a Depression and the federal government, led by President Gerald Ford, responded by demanding major cuts in social services and massive layoffs of police, firemen, janitors and teachers, in the name of austerity. New Yorkers, said Samels, rebelled. 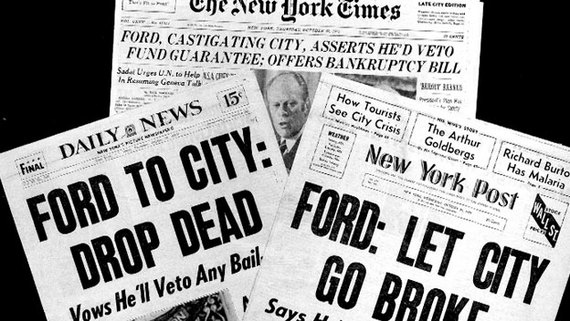 The documentary makers say that crises, such as the 77' blackout, which led to mayhem, could easily have occurred in a city like Boston or any other, under these circumstances.

The blackout of 1977 is being revisited just days after a new report was released -highlighted by the Obama Administration -showing that residential housing segregation and income inequality in New York and other cities have widened dramatically. Such were the conditions thirty-eight years ago in the five boroughs that when the lights went out on many of the city's poor -- metaphorically speaking -- they have yet to turn on again. 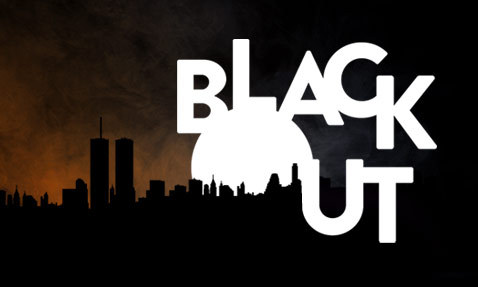