From Greg Mitchell's The Tunnels: Escapes Under the Berlin Wall and the Historic Films the JFK White House Tried to Kill , published this week by Crown.

When Daniel Schorr, on August 7, 1962, got a call at dawn in his Berlin hotel room, on the morning of the great escape under the Wall that he planned to cover, he was perplexed. The crafty CBS correspondent was being summoned to the U.S. Mission. On arrival, greeted by a Marine guard, he was even more startled to learn that he would be speaking on a secure line (indicating some sort of top secret issue), arranged by the American military.

It wasn't so surprising that the man on the other end was his boss, CBS news manager Blair Clark. But what was Clark doing in Secretary of State Dean Rusk's office--around midnight--in Washington? Rusk was still there, with some top aides, along with three CIA officials, acting with the approval of his boss, President John F. Kennedy. Rusk had just met with JFK's close aide and press secretary, Pierre Salinger.

"What's this I hear about you planning to film a Berlin tunnel escape?" Clark asked. Schorr had been tipped of to it just the week before, and paid thousands of dollars for the rights, which meant he could scoop arch-rival NBC, which had been filming inside another absurdly dangerous tunnel under the Wall since June. Up to one hundred East Germans were expected to flee through the CBS tunnel.

"I told our foreign editor all about it," Schorr replied.

"Well, I am sitting here with the Secretary of State in his office," Clark said.

"And he has convinced me that you shouldn't go ahead and do that."

"Because it would be considered a provocation [by the Soviets]," Clark asserted, "it could lead to a great deal of trouble, and the State Department doesn't want any unnecessary trouble at the Wall."

"That's the trouble with the State Department," Schorr countered. "That's why there is a wall."

"Dan, I know you don't like to be ordered around," Clark said, putting it mildly, "but that's it--I want you to scrap all your plans to do that film."

Schorr was stunned. "Okay," he said, after a moment, "but would it make any difference for you to know that once this gets around and we don't do it, they [the tunnelers] will go to NBC or, god forbid, ABC?"

The call lasted just six minutes. Rusk penned a cable (recently declassified) to diplomats in West Germany announcing CBS's surrender. Schorr returned to his hotel humiliated and fuming. The whole concept was wrong--this administration, any administration, dictating news coverage. He knew Blair Clark was a Kennedy man--a friend since their Harvard days--and he figured that JFK had talked to him personally, even pressured him, which made Dan even angrier. But there was nothing he could do about it now.

Rusk would meet with Clark again that morning, just to make sure CBS had no second thoughts.

In the days ahead, under orders from Rusk, U.S. diplomats in West Germany would meet with Schorr, the declassified cables reveal, and make it clear that he was not to consider any such foolishness in the future. Schorr would remain angry about the shutdown of his tunnel film for the rest of his life.

Little more than a month later, the "NBC tunnel"--then now known to American officials--successfully brought 29 East Germans to freedom in the minute, fully filmed by the network's cameras. A ninety-minute primetime special was planned. A few weeks later, in October, the White House and State Department would attempt to repeat its shutdown of a TV news special. This time the network would resist such bullying, but only to a point.

Greg Mitchell's The Tunnels: Escapes Under the Berlin Wall and the Historic Films the JFK White House Tried to Killed is his tenth book. His book The Campaign of the Century won the Goldsmith Book Prize. 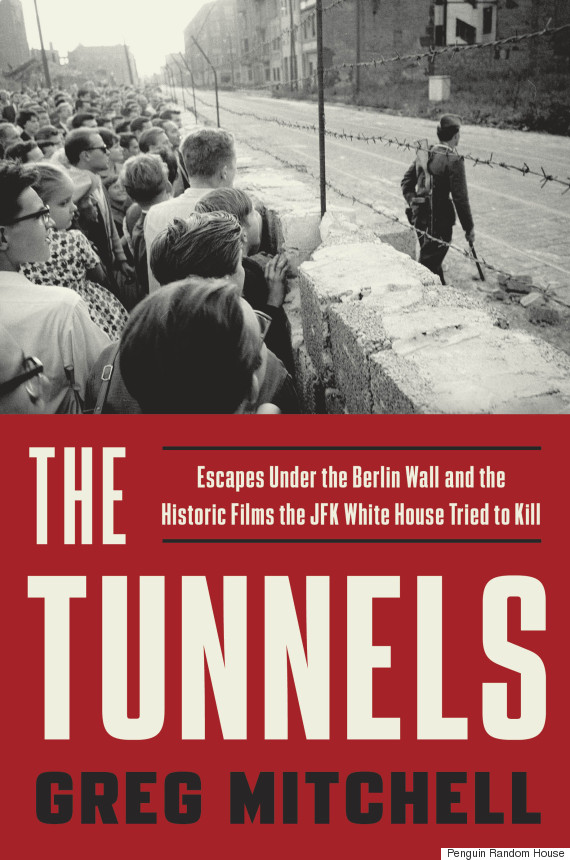