The author of the page-turning You Should Have Known explains how she knew when her toughest relationship had ended -- and why.

I can barely remember what the argument was about, but I do remember the tiny, irrelevant details: midmorning sun on the extremely white pavement, the smell of some very sweet flower I couldn't quite identify, someone's cat watching from a window across the street and the steep decline of the street Molly and I were standing on, which was heading downhill fast, like—not to put too fine a point on it—our friendship. A friendship that had lasted nearly 30 years, but had only moments left to run.

Okay, okay, I do remember what we were arguing about, but now, eight years later, the specifics are so laughably stupid that revealing them makes us both sound like ridiculous children fighting over a bit of colored plastic at the nursery school. The argument was about driving, which I was afraid to do in San Francisco, where Molly lived and where I was visiting. We were fighting about the fact that I had not rented a car at the airport like a normal person, and now Molly would have to drive me somewhere we both wanted to go (which was not the problem), but then she would also have to take me somewhere only I needed to go, and where she did not wish to go (which was very much the problem). On and on it went, only it wasn't actually an argument, I realized, because I wasn't saying anything. I was standing still and listening as she harangued and criticized, as I had stood still and listened so many times before.

The pavement. The flower. The watching cat. The steep decline of that San Francisco street.

At some point, I must have realized that I was crying, but that wasn't the strangest thing. We'd argued so many times over the course of our difficult friendship, and probably I'd cried before, or stalked away feeling sullen and resentful, or rushed to call another friend and complain about how critical and punishing Molly was. There had been so many times, after some cutting remark, that we had temporarily stopped speaking—just long enough for me to remember how much I loved her, and how much she loved me and that she did not intend the things she sometimes said to be unkind. A few weeks or a month or two would pass, and then Molly would be on the phone, letting me know that she was heading to the East Coast, or I would call her to tell her about some great thing I had found at the flea market, and we would proceed.

Then I realized that I was crying because I had figured out that Molly and I were never going to speak to each other again; this time, when she called or emailed me after a month, or six months or a year, I was not going to pick up the phone or email her back. Right now, right here on the street, I was giving up. Finally.

We had started our friendship during the first week of college, both of us newly arrived in our so-called adult lives. Molly was beautiful and smart and wildly talented as an artist. I thought she was a superwoman, and she must have felt something similar about me because, for my birthday that year, she drew a cartoon of me amid all of my perceived accomplishments at college: a pen! an oar! a stack of books! It was a glowing, idealized version of me, and I loved it. It also led to our first major fight.

I had loaned her some money. Some time later, and short of money, myself, I asked for it back. Perhaps, she suggested, while furiously writing me a check, she ought to deduct the cost of art supplies for my birthday gift. We didn't speak for the next three years.

Then we tried again, reuniting, with relief, after graduation, as if college—not the intersection of our personalities—had been to blame. I had gone abroad to study, returning with the man I would marry. She was living in New York, working in advertising, but not on the creative side where she belonged; instead, her smarts and
competence began to take her deeper and deeper into a marketing career she could never make peace with, let alone love. She met a co-worker and moved west with him. In 1987, she was a bridesmaid in my wedding. The following year, I was matron of honor in hers.

So far so good, right? Two women who loved and admired each other, who wanted happiness and success for each other, who were living on opposite sides of the country with their new husbands—mine liked her, hers liked me—but were closely in touch, nonetheless. I must have left something out, right?

I have left a few things out.

For example, the anxiety she had struggled with since childhood. The intense self-focus that arose from that anxiety. The constant negativity and criticism. Sometimes, she showed such cruelty in the way she spoke about other people (a mutual acquaintance, a stranger on the street, a celebrity, or me) that I thought she could not possibly realize what she was saying. "Oh I can't believe you have that bag.That is just disgusting," she announced once, at a dinner party. She meant the 30-year-old Hermès Kelly handbag I had just bought on eBay, after having pined for one for more than a year. There was a moment of stunned silence in the room. I sat very still, as always, embarrassed (for her? for myself?) and trying to move past the comment. She loved me, I knew that. But her habit of wounding me so casually—what did it mean?

Still, no cutting remark directed at another person came close to the criticism she leveled at herself. Molly could take no pleasure in her accomplishments, her beauty, her strong marriage. There were many times I would hang up the phone in despair over her crushing unhappiness. I couldn't fix it and she didn't want it to be fixed, so we were both frozen in place.

Why did it take so long? I wonder now. Was it because she had been my "best friend" for so long, because we had so much history, we had been "through so much" together? Maybe I knew how important our long friendship was to her, and worried that withdrawing from it would give her new ammunition with which to beat up on herself. Maybe I was just pathetic and weak, and took it for years because I couldn't stick up for myself. Maybe all of this was true.

I'm a novelist by trade, but every one of us conjures a story for the people in our lives: his terrible childhood, her inability to trust, this child's yearning for stability. My narrative for Molly was that she was so encased in her own suffering that she truly did not experience her anger and need for control as real…but eventually a great and happy day would come when she would accept that she was all of the things I plainly saw—stunning and smart and talented and deserving of love—and how much happier and more at ease in her own life she would be then! I believed that for years. I persuaded myself of that for years.

Until, that day in San Francisco, when I found that I no longer had it in me to keep this fiction alive. I suppose these epiphanies happen all the time, to people everywhere. One moment, you're listening to the same internal justifications you've listened to countless times before; the next moment, you have passed through some unseen membrane, and from the other side you can suddenly hear yourself think—with crystal clarity: Oh, I understand. I'm done.

For months afterward, I talked about Molly incessantly, compulsively, with people who had known us both and with people who'd never met her. Did I do the right thing? I asked everyone. What should I have done? I wish I'd known, while it was actually happening on that San Francisco sidewalk, that I'd be okay, that I'd slowly move forward in my life
with other friends, some of whom had never met or even heard of Molly. That I'd celebrate my 25th wedding anniversary without her, and she—I suppose—would do the same without me. That a few months later, I'd be able to see the entire arc of our friendship, from its beginnings through its trials to its conclusion, and with that perspective would come a return of the vast affection I had always felt for her.

Even now, I truly and sincerely want her to be successful, fulfilled and surrounded by people who love her as much as I loved her, but who are also better equipped to tolerate what I had not been able to tolerate. Sometimes, old friends and family members ask me if I miss Molly, and the answer is yes, I miss her very much. But I don't miss the friendship. I don't miss the friendship at all.

Jean Hanff Korelitz is the author of You Should Have Known, The White Rose and Admission.

PHOTO GALLERY
7 Surprising And Unexpected Toxic Friends In Your Life

Own OWN Relationships Friendships Female Friendship 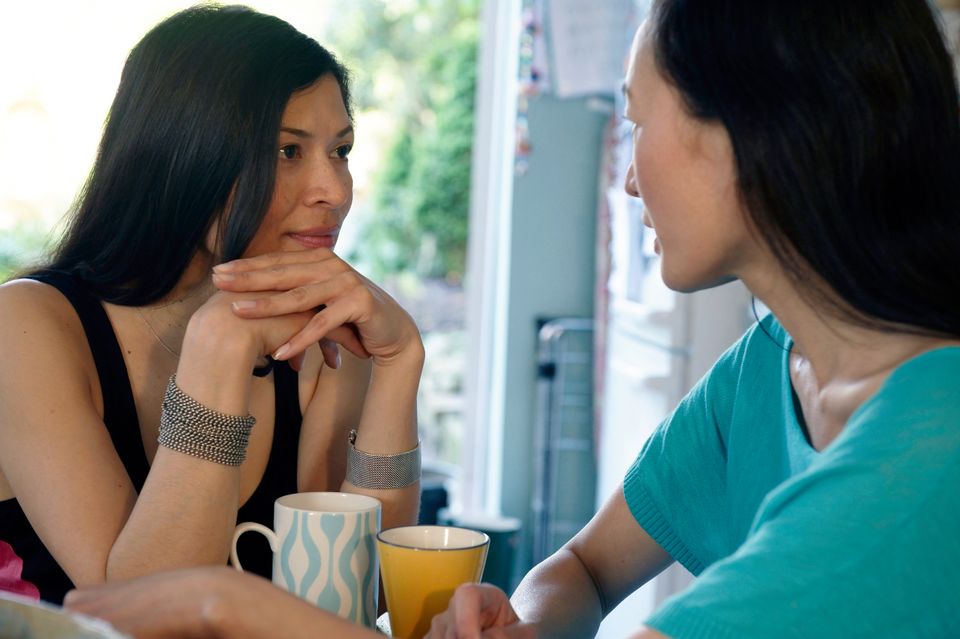 1 / 7
The In-The-Trenches War Buddy
She (or he) gets everything that makes your workplace more dysfunctional than an <i>Arrested Development</i>-meets-<i>The Office</i> crossover show. Finally, someone else understands how redundant it is to schedule a meeting to discuss yet another meeting, and why microwaving fish is never okay, ever! Yet, somewhere along the 21st or 22nd vent session, you realize the two of you are just rehashing the same old things. She isn't interested in improving things, it turns out; she just really likes complaining. The more you get stuck in that cycle, the more trapped you can feel at work, because all of your energy is devoted to feeling frustrated by the situation, not changing it.
Thinkstock