When I was in high school, I was obsessed with the musical, Hair. I had the original cast album, and it's surprising that I didn't wear it out. In 1970, I could usually be found dancing barefoot around the living room in a peasant blouse and a long woven belt that hung down to the frayed hems of my bell-bottoms. I'd be whipping my long, straight hair around and vocalizing into the hairbrush that subbed for a microphone. If I was in a good mood, I would be performing "Donna" or "I Got Life." If there had been what passed for drama in my nascent love life, I would be on my knees, wailing "Easy to be Hard." From my 2016 vantage point, I admire my mother's tolerance and endurance.

When I learned that Matt Hawkins, a director whose work I admire, was mounting a new production of Hair at Northwestern University, I knew I had to get up to Evanston and see it. En route, I reflected that the show was sure to be dated. It was so quintessentially of its era - hard to imagine that hippies and "make love, not war" and "hell, no, we won't go" could possibly translate in the 21st century. How could adults who have absorbed anti-drug messages since the cradle possibly understand "turn on, tune in, and drop out"? How could people accustomed to this era's freedoms possibly understand the context for - or the radicalism of -- a "love-in" that made sense, to the extent it ever did, forty-five years ago? 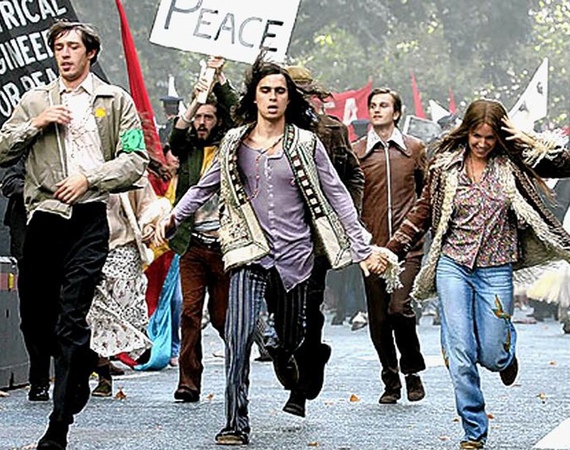 I was overcome by Hawkins' production. The first act could have been a time machine, so effectively did it transport me to the days when we thought nothing of running around town in filthy bare feet. The overalls, the matted hair, the tattered shawls, the exuberance of defying 1950's mores, even the smell of the actors' sweat reminded me of the days when I would see Haight-Ashbury on TV and think it must be amazingly vital to be there and fully caught up in the revolution. I was, of course, a little too young to have been an actual hippie. I was, instead, a conventional kid and a good student, a virtual, long-distance, wannabe flower child.

I did, however, grow up in Madison, Wisconsin, where the university was a nucleus of antiwar activity. I remember when we got the news that, only a mile or two from my home, Sterling Hall was bombed by activists, killing a physics professor. I was there when the National Guard was camped out on the library mall to quell student uprising. My eyes burned from tear gas as I made my way home from the UW Humanities Building, where I studied piano. I saw the guardsmen with their nightsticks and riot gear, and felt afraid.

As the second half of Hair began, I realized that the real challenge in bringing the 1968 show to 2016 was manifesting the angst and fear that underlay all that rebellion. I remember the anxiety with which my friends and I waited to learn what our brothers' draft lottery numbers would be. How could people who had never lived with a draft possibly relate to the foreboding of someone you loved being called up and sent to the other side of the world? With today's luxury of war being mostly foreign and abstract and something that happens to other people, how can we relate to the horror of seeing body bags unloaded from planes, of wondering whether one of ours would be next?

To my amazement, Hawkins' production managed to cut through the decades of life (and death) altering change between 1968 and today. The show revived the disquiet, fueled by terror and shock, that was the timbre of those years. The final scene brought me to tears.

And then I thought of Donald Trump, who advocates military force as the solution to all international complexities. Who, despite having graduated college at the height of the Vietnam War, managed to avoid military service. 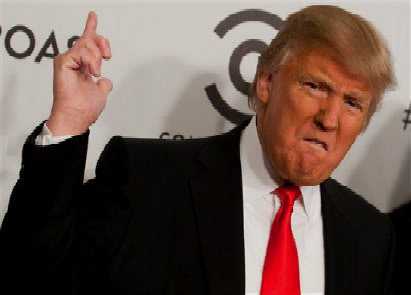 Donald Trump, who says he would force the military to commit war crimes. Donald Trump, who advocates waterboarding because "if it doesn't work, they deserve it anyway." Who advocates plundering oil from oil-rich countries, in violation of the Geneva Conventions. Who disparaged John McCain's war service because he was captured by the North Vietnamese. Who rallies his supporters with name-calling and chest-beating about vanquishing all foes and being bigger and tougher and more ruthless and never apologizing or backing down. Who promises to bring those same traits to his foreign policy.

I wish all the people out there who are getting high on Trump's cocktail of testosterone, thuggishness and obfuscation could see Matt Hawkins' Hair. We need to be reminded that, in global geopolitics, the cost of having only force as our approach to the most complex situations is paid in the blood of our sons and daughters, and in their desperately destroyed serenity.

It may feel good to strut your stuff as the toughest guy in the schoolyard. Most of us, though, grew up to understand that force should be the last resort, not the first. As Hair reminds us, it wasn't so long ago that the prospect of being blown to bits in the service of an incomprehensible war, initiated by distant old men, made a whole generation go a little bit crazy.