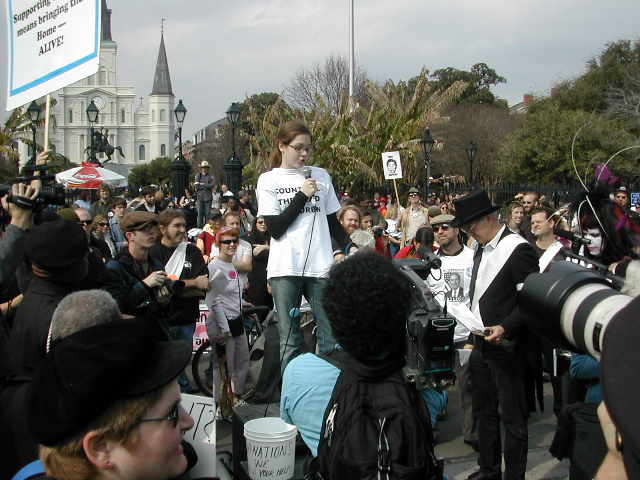 In wrapping one's head around the Louisiana primaries, here are a few disclaimers: I am not the California fires. I am not the Minnesota Bridge. But I am an infrastructure-displaced New Orleans resident almost three years down the road.

Louisiana is so politically unique, being displaced from there should require a passport. The state just outsourced its governor - Puyush "Bobby" Jindal, elected with a home-schooled high school graduate as his campaign manager.

Puyush is his legal name, but conservatives in the blogosphere call anyone who mentions it racist. If Hillary Clinton needs another example of our electorate, Louisiana's governor during '05's massive levee failure was soon nicknamed Mee Maw by the state's electorate. Maybe she cried too much. As Barack Obama's Reagan references mount, it seems Margaret Thatcher is the state's conservative go-to icon.

This is a tough beat. At any moment a displaced Louisiana writer can garner the abuse author Harry Shearer regularly deflects by talking about what we lost and who doesn't live there anymore. My non-profit named its download ReDefine 8/29 thinking numbers would be gentler than Katrina fatigue, but nothing gets around it. It's become apparent that we are a little Atlantis in this country to serve as an example of infrastructure gone wild. It's not what the average American expects to process every day.

Before the levees breached, New Orleans pacifists mounted one of the biggest protests in the country on George Bush's second inauguration. Miles of residents paraded, and a copy of the constitution was dumped into the Mississippi River because they figured no one would be needing it anytime soon.

Later that year, watching CNN from four states away as my neighborhood was swallowed, I wondered if that was why residents were left in the city for five days without food or water. Federal disaster response managers said they eventually knew people were dying because they saw it on cable television. Two New Orleans musicians my husband was in bands with passed away - one drowned in the Mississippi River and the other was shot on the Danziger Bridge.

Louisiana has lost a level of brilliance I hope most of the country eventually finds a way to know. Just after this year's 8/29 commemoration, a reviewer wrote that there were no good Katrina songs because there are no good 9/11 songs. With all due respect, jazz was not born in the Twin Towers.

It's a tough beat. Almost half of New Orleans' electorate departed the city more than two years ago. Not by choice, but because what can one person do?