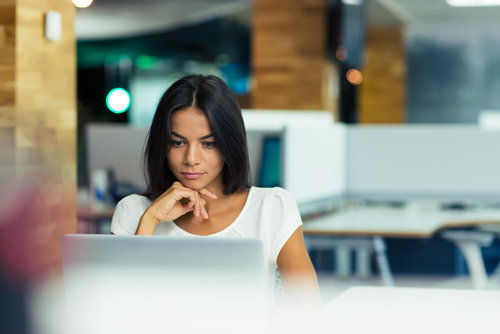 Okay, ladies, prepare to be infuriated. A recent study shows that as women enter male-dominated fields, the pay for those positions takes a serious hit. As unfair and irritating as it might be, I think it may just be our own fault.

Let me explain. Have you ever known a woman who could lead a conference call while icing two dozen cupcakes and simultaneously text her partner directions to their child's softball game? I have. While it's an awesome sight to behold, perhaps our amazing multitasking abilities are working against us?

Hear me out. Because we can run in heels (sometimes while wearing ridiculously uncomfortable undergarments) and organize a baby shower en route to a client meeting, we make it all seem effortless. So my question is: Are we just too damn capable that when we enter a field we make it look so easy that the pay drops -- across the board?!

More from The Stir: 5 Ways to Get Work-Life Balance Even When It Seems Impossible

Seriously, men have been making things look so damn difficult for so long. Is the issue that we are just too qualified, quick, and nimble and that when we take on the same tasks, they seem less challenging?

Remember that Seinfeld episode in which George Costanza tries to convince his colleagues that he's hard at work by espousing his philosophy, "When you look annoyed all the time, people think that you're busy"?

Maybe Georgie Boy was onto something! As women, we're groomed to be ready-and-willing people-pleasers who "never let 'em see you sweat." Are we doing ourselves a disservice by being so efficient? Just because we do more things and do them faster, that doesn't mean we work any less.

I'm joking, obviously. It's beyond ridiculous that women who are every bit as capable and competent as their male counterparts aren't being compensated in the same manner. And when we enter male-dominated fields, the median pay for the field drops -- rendering it a lose-lose for all.

People should be paid according to their capabilities and expertise; gender should never even enter the equation. Let's hope that as women continue to break barriers and move into any field that interests them, they find themselves in positions where they're able to right this pay scale injustice.