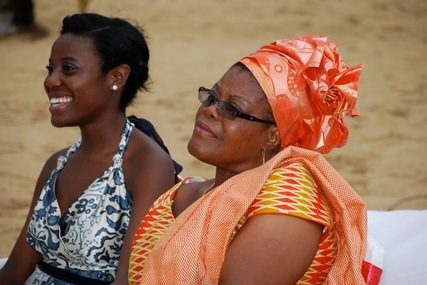 Like many women, each aspect of my life is defined by perspective. Growing up in an immigrant family, my parents saved every penny to send me to the best schools -- which left few pennies available for Christmas. I carry two passports, which means I sometimes feel I don't "belong" to any one country. I'm lucky enough to have those passports stamped often, visiting with family strewn around the globe (including a mother in Ghana), which means I don't see nearly enough of the people I love.

Education and heritage were instilled in my siblings and me as the pathways to success. That success, however, was commonly defined as moving to New York and working on Wall Street. I spent much of high school worrying and even wrote an essay acknowledging the conflict inherent in a vision of success that was so diametrically opposed to the things I had come to cherish in myself: my frank sense of humor and genuine interest in the wellbeing of those around me (my binary teenage mind apparently determined that no one on Wall Street is funny or caring). How could I be true to those aspects of my personality in a traditionally corporate job and if that's not possible, how do you live happily when the majority of your life occurs in a world where you're not living your true self? Yeah, I was a pretty deep adolescent.

In 2000, at the same time that I was wrestling with these questions, my mother was battling with her own insecurities around identity and happiness: stay in the Land of Opportunity with me, or return to Ghana to care for my grandmother and therefore start over. If she chose to leave, can a mother who volunteers to be 5,000 miles away from her daughter still count herself a good mother? If she decided to stay with me while Grandma needed her, what sense of familial love or responsibility would she implicitly be teaching me? And how do you start anew in a country you fled three decades earlier? 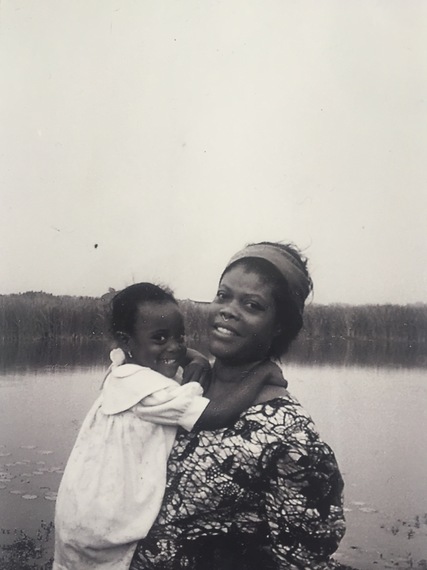 Her answer was to commit herself to empowering others by partnering with hundreds of sustainably paid female shea pickers and making her work her identity. She couldn't support me directly, but she found fulfillment in helping other mothers support their young (perpetuating the narrative of sustainably paid workers that we're happy to say is gaining prominence in today's world). She founded a bulk shea manufacturing company (Naasakle Ltd) naming it after me, somewhat of a consolation to the daughter she left behind. For the next 15 years, she grew in vision and prominence, becoming President of the Global Shea Alliance (the organization that advises governments and NGOs about best shea practices).

Fast forward to last year, and I am achieving my parents' dream -- the last of three children to graduate from an Ivy league school and on my way to a (relatively) high paying job at a global financial powerhouse. I wasn't suppressing my happiness nor my generosity of spirit. I was professional but largely myself. After attending an empowering all female college (big up to Wellesley!), and years of confidence boosts from friends and family, I've grown more comfortable with who that is. I have shifted from my prior stance of, "I have done not-nothing with my life and maybe kind of deserve XXX" to "this is what I want and now is the time for it."

Unfortunately, it took a bit of a jolt to my system to know what the "this" was. Mom was diagnosed with stage IV colon cancer, a disease with a roughly 10 percent five-year rate (meaning roughly 10 percent of people who are diagnosed live longer than an additional five years). The first time I heard about it, it was just a "growth", then a "tumor," then "malignant tumor."

For a fairly well-educated adult with a doctor as a brother, I'm embarrassed to say just how long it took me to translate malignant tumor to cancer. And I'm grateful that the person I was with at the time, a wonderfully nice (if unwitting) observer to the beginning of a remarkably stoic breakdown, did not let me feel embarrassed. Cancer has already robbed Mom of years of her life, threatening to steal that time indefinitely or at least redefine her identity, so I'll leave the story there and say, she's better now (and my heart is with anyone dealing with this disease). 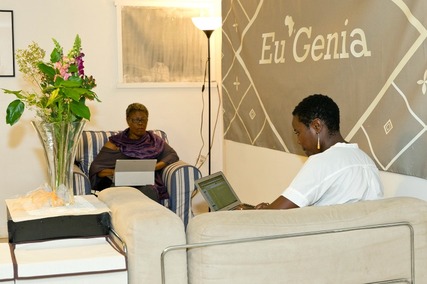 This time also redefined how I thought about our relationship, though not in the usual, "I almost lost you" way. Her treatment required her to return to the US which meant that I was suddenly spending more time with her than I have since I was 12. When she recovered, she returned to Ghana, leaving me less whole than when she left the first time. When people used to ask me about my mom, they would inevitably follow with "oh that must be so hard for you to live so far away", but frankly, it didn't feel that hard at the time -- I have a wonderful relationship with my brothers and father, and I knew that her being gone didn't mean she loved me any less. I was fine, and I felt immensely guilty about that.

For a brief time though, for better or for worse (for example, learning how to "twit at Oprah" is not an emergency, Mom) I had her back in my life. Now, she was gone again, except now I knew what it was like to stir shea and watch Oprah's Super Soul Sunday (can you guess the other thing Mom is passionate about) or playfully dance the Azonto (a dance craze that swept Ghana with such force that it somehow managed to hit me in New England). In short, I was a grown, newly married woman, whining to my husband that I missed my mommy!

So when she suggested we work together full-time, using her shea butter from Ghana as the primary ingredient in a new company's products, I gave a wholehearted "yes, please!" Now our company, Eu'Genia (see what I did there? the student becomes the teacher) partners with Mom's friends in Ghana to sell individual tins of shea directly to U.S. consumers. Now my destiny is controlled by me and my biggest fan.

Is success Wall Street and money? Not for me. Success is waking up every morning fulfilled by my work and confident that I'm forging a new American Dream. Looking back at the teenager who silently rebelled against the adulthood as defined by work, I want to share a lesson my mom taught me when she first returned to Ghana: It's not bad to be defined by what you do, so long as you can be proud and happy in that work. I am proud to be defined by Eu'Genia.

Like me, Ghana is at the bottom of Eu'Genia (literally -- flip the tin over, that's the Ghanian crest!), but also like me, Eu'Genia was really born and raised in the U.S. Not part of one world, but both: a mini melting tin of shea, essential oils and love.