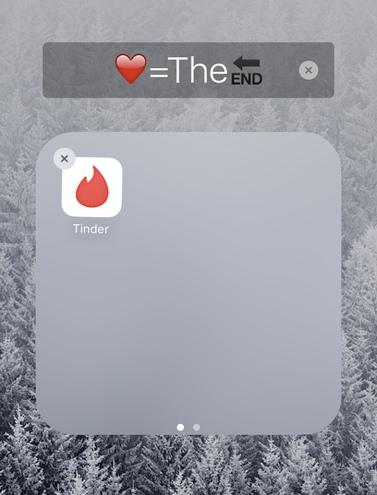 It is well intentioned but perhaps it is also a curse -- I fall too easily as I hope to share myself with somebody. I have always questioned if I was desperate or unwilling to play the game. I'm not sure honestly.

Just a couple Wednesdays ago I met Julia. We vibed. She's an American who lived in France, and I'm an American who lived Austria; the whole ex-pat thing brings people together -- trust me. She's into art and I'm into writing (artisans attract). Oh, I forgot to mention, she's -- um -- well, beautiful. Her light brown hair and earthy brown eyes sit atop a long and lean frame that protrudes aptly. She may be the best looking girl I've kissed. But I digress.

Mutual friends and proximity brought us together the following night. It was good to see her. The second night was pretty much identical to the one prior: debauchery was the nature. I fell deeply into my drunken stupor. We shared a cigarette outside of some bougie establishment known as Happy Endings at one point. The cigarette retreat was like a confession. My jealousy, a sad euphemism for insecurity, made me feel as if she was slipping away. I responded the only way I knew how.

Enter the unadulterated truth: "I deleted Tinder for you." I needed her to know how important I thought our connection was since we've known each other for a whole twenty-four hours.

She replied with silence.

I proceeded with more swings and more misses. "I don't just want to be your friend" was game, set, and match.

The romantic cords and intimate strings are no longer in sight but I have seen her a couple times since the colossal blunder.

Perhaps it is my fate -- to live and die alone. It is morbid, surely, but it may be the case.

Long before Julia -- more like a year and a half ago -- I was caught in a tenuous friendship with a girl named Saskia. We were close friends but I wanted more and well, she wanted less. Friendship-halting sparks did flare but we're cool now and quite frankly I thank her for highlighting my true romantic colors.

"It wasn't a date" she kindly let me know.

Her neck softened and her head gently fell, lightly landing below my shoulder. It was a familiar fall into the comforting crevice between my right bicep and pectoral muscle.

I paid her no mind.

The clear night sky made it easy to fight the temptation to reply. Perfectly placed silhouettes, bought my attention as the highest bidder. Orion's Belt and The Big Dipper (the only ones I knew by name) were more than constellations, a mere collection of stars -- I thought.

Unsatisfied with my silence, she draped her far leg over mine and nuzzled closer to me -- her ploy to pull me back into her reality. It worked (talk about the pitfalls of intimacy).

My eyes were still locked on the sky. "How so" -- I quietly intoned; it was a surgical reply that bought us a few moments to recap the night.

"Yoyo, what yu doing tonight", read an iMessage from Saskia.

I had just got off the treadmill. It was raining outside.

"I'm not sure yet is there anything going on?"

"Not rlly, Eli and Megan are being couply and everyone else doesn't want to go out b/c of the rain."

"Ok, are you tryn to do something?"

"Idk, I could see Hunger games 2. I'm not tryn to do anything too crazy but I don't really want to stay in."

"I could be down I guess. I saw the first one. Have you eaten?"

"Alright well check the times, I'm gonna shower, come to Gage around 7. How do you feel about Burgoo?"

"Sounds good see you then."

I had been in Vancouver for almost four months and started to fare well in the rain but I was drenched from the gym so I ran to Gage, my residence hall.

My suite mate Andy was on the balcony, I said hello, hopped in the shower, dried off, and there she was -- early for a change.

"Give me sec, and you're like 15 minutes early so chill out."

To keep it simple, the night went as follows: I slowly got dressed, slowing down when she would nag me to hurry up. We went to Burgoo, we both had wine (red of course); I had a Cuban Sandwich, she had a salad of sorts, not quite sure to be honest; she's Dutch so we handled the check accordingly. We left, got lost, but in the end I -- not Apple -- navigated our way out of the trenches and to the bus stop; we rode to the City of Glass, leaving UBC suburbia. The previews sucked and so did the movie but we held hands; the popcorn was dry and without salt, I didn't make a fuss; she lifted the armrest and filled the space with her body, I threw my arm around her while she got all snuggly. The movie ended. We hopped on the bus and thankfully didn't get lost; she came over, we said hello to Andy and most likely kicked it with him, I don't remember; it got late, she decided to sleep over, she didn't want to walk all the way back to Hamber.

"Yah, well, I guess it was kind of a date" she observed. As quick as she let that thought into the world she caught herself and took it back. "But don't go and tell everyone."

My gaze remained stuck on the night sky as my mind wandered into another galaxy. I thought of the millions of stars lying above me, the sources of life for worlds so far gone from mine.

"Goodnight" she mumbled. I turned over and caught a glimpse of the steel blue eyes I wanted to share my world with.

I said "goodnight" as an implacable pull led me to follow up with a kiss. It was damaging because she kissed me back. I tried to kiss her goodbye in the morning; it wasn't well received. We spiraled out from there. I continued to cling to hopes that our few romantic moments could be reality and rendered myself incapable of looking past them in the process. It deteriorated our friendship.

Still left questioning if I am desperate or just unwilling to play the game, I am back on Tinder -- in case you were wondering -- but it's not the same. Each swipe to the right comes with disenchantment, like getting into your top choice but realizing after the fact that you can't afford it. Tinder gets in the way of a genuine connection spurring from natural origins. It cuts through the pages of a true love story.

Like one of those stories when she looks into your eyes and you return the same fallen stare; when she was your classmate and volunteered to help you with your papers because she thought you were smart but knew you were struggling; when the passage of time led to emoji's 😊 appearing in her comments; when you responded with distance and decreased the space between you when you studied; when he 😝started to appear on the page and eventually - unwilling to temper her interest in you -- this guy 😘 too, along with her number; when you overthought it but called her the following night and asked if she wanted to go to a trendy wine bar; when you both acted like you knew something about wine and made light of the fact that you didn't after a glass or two; when you walked her home and glanced at each other once your hands found their chemistry, giving her a kiss on the cheek at her door while following it up with a pleasant "goodnight"; when you texted her later in the evening knowing that you shouldn't since social norms told you to hide your attraction instead of express it - but did it anyway: I had a great time with you tonight, we should go out again sometime; when she texted you back (almost instantly) saying something of the same; when you started to rinse and repeat -- cycling in museums, movies, and meals; when you gave her a hug and took the risk to give her a kiss, when you made love more often than you had sex; when farting was comfortable -- for her and for you; and of course, when you deleted Tinder for her.

And although Tinder may be unable to deliver this so called true love story, I continue to swipe to the right with the hopes that it does.