This piece was originally published by Thought Catalog at www.thoughtcatalog.com. 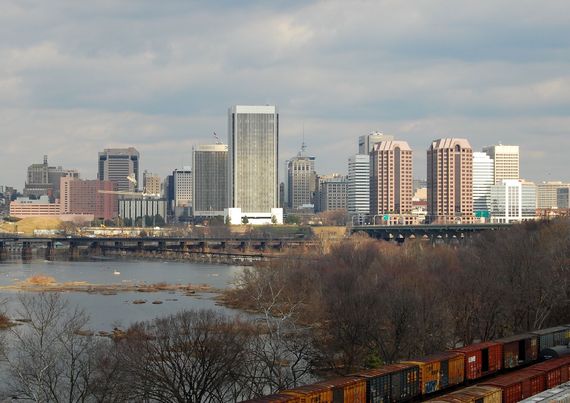 This is the city where you became yourself. But once you became yourself, you left. Your youth had ended and, at first, you did not regret it, but the more time passed since that realization, the more your discomfort grew into disdain. What you wanted more than anything was to realize your dreams in this city, but the problem was, and always will be, that the kind of dreams you have, don't come true there.

Thus, you convinced yourself that this was the city of your past, not your future. It was time to uproot yourself and shake off all the clumps of dirt and mites and worms. Find yourself another pot, you said. Grow new roots. Let your dreams flourish into big, verdant leaves.

Your body betrays your past. It was destined that, after living in your old city so long, or at least so intensely, your body would take on a new shape. You earned freckles and scars, maybe even your first wrinkle or bald spot, there, and recall the exact spot where it happened or when you first noticed. Your palm lines read like the city's street maps. You can still draw the city's skyline in the air with your eyes closed because it's etched on the inside of your eyelids. Or at least the streets and skyline from your youthful days of yore. Maybe they're different now. Chances are, the folks walk the same and talk the same, though, and you still walk and talk just like them, new city be damned.

When you first moved away, you went through a spell of visiting often enough that some people hadn't realized you ever left. You might've packed up and escaped in such a rush that you never bothered with a farewell party or, if you did, you hadn't invited them or they couldn't come. It doesn't matter. When you were in town, you hung out like old times, except that it wasn't old times. Your old haunts had begun to disappear--close, get boarded up or replaced. More and more friends had moved away and, strangely, you found yourself resenting them for it because you knew fewer and fewer people. You had to remind yourself that you had moved away, too.

Gradually, jumping into a car or on a train or on a plane became a less regular occurrence. You had to develop a routine in your new city, you told yourself. You had grown weary of this city changing or not changing as you hoped. That's why you had chosen your new city. Maybe, in time, you could love it like you loved the old one, you told yourself.

Maybe the new love came--or maybe it didn't--but how could you ever expect it to be quite the same? You experienced and felt and thought so many firsts there. First love only comes once. Youth only comes once. That was your city, but it is not your city now and it will never be your city again. It is the city you outgrew. The city you think you miss doesn't exist anymore.