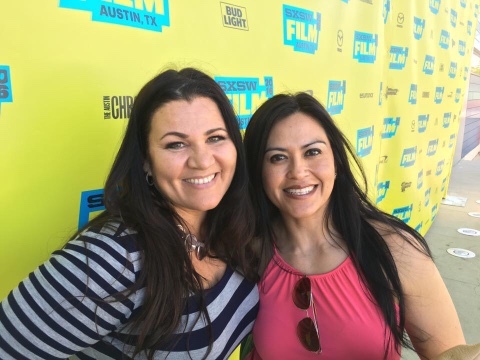 I recently attended one of the most popular film festivals in the country. I had never attended and was looking forward to experiencing firsthand the energy, creativity and inspiration it was known for in the industry. The festival did not disappoint, but after the second day, I couldn't help but wonder "Where are all the Latinos?"

I'm the first to say that it's impossible to identify us all by sight since we all come in different shades and styles, but that Latino vibe was missing - especially considering it was hosted in a city that has a vibrant Latino population, accounting for nearly 40 percent.

As I sat at a table people watching, I remembered Irene Arguelles' interview when she said she was a "brown face in a sea of white faces" as she recounted her experience going to college in Colorado. I was now experiencing what she was sharing in that interview.

Now mind you, on many occasions I have been mistaken for a "white girl" because on a good day, I'm probably only a tad darker than many of my non-Latino counterparts. Growing up, I was accustomed to hearing racist remarks that if I were darker skinned, I'm sure would have never been said in front of me - or so I hope.

So many times in my life, I wished I were darker and while I'm at it, that my name was Rodriguez like my cousins. I thought that if people didn't have to wonder what I was, that I might not feel uncomfortable and at the very least I would not have to hear all the racist remarks.

As a light-skinned Latina it often feels like I'm hiding in plain sight.

For decades, I chose to keep my mouth shut for fear of rocking the boat and possibly losing friends. But I realized not too long ago that it takes more out of me when I don't right the wrongs. Even if that means calling someone or something out. I now consider it my personal responsibility to speak up for all of us. I made a decision to be the jerk in the room - no matter what.

On our last night, I attended the Voto Latino social event with the Project Enye (ñ) team to support the organization's mission to inspire and activate Latino voters. From the moment we got in line to the moment we walked into the event, I felt my shoulders relax. Por fin, I was with my people and it felt great.

That evening, I noticed the difference, strength and connection one feels when they're surrounded by those that look, act and think like they do. We listened to Latina and Latino influencers like María Teresa Kumar, America Ferrera, Beatriz Acevedo and Cónsul General Carlos González Gutiérrez. The live band played melodic Latino music that pierced the thick humid night air. People were singing the lyrics and there was a palpable feeling of pride and joy. Over the music, I could hear Spanish, English and a little bit of both mixed together. Delicious gourmet appetizers were passed, margaritas and sangria flowed freely. I had finally found one place in this gigantic festival where I felt like I belonged; where I felt at home.