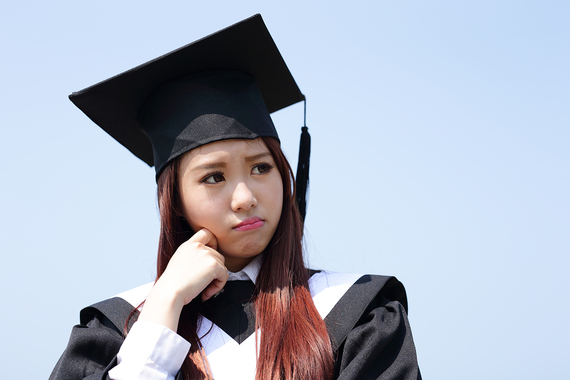 Alert: Women Business Leaders Missing in the Pipeline to the C-Suite
I was recently asked to keynote a Women's Leadership event for the Georgia Tech MBA Women's Alumnae Network. Georgia Tech is an amazing institute, and from a full disclosure standpoint, I am the proud father of a graduate.

In my work on advancing women and engaging men I wanted to take this time to examine the critical role of an MBA in closing the leadership gap in this country for women. Women still only represent about 14% of the seats in the C-Suite. This number has been lamented as being unchanged for a long time and, quite frankly, may not change significantly in the near future.

What's the role of an MBA in closing the leadership gap in this country for women?

Why? Simply because it takes a very long time to move through the pipeline and garner the skills and experiences necessary to make it to the top. Additionally, not all C-Suite jobs are created equally. Women who do make it to this rare air are typically in Staff roles. This is not to say that Staff functions don't have big responsibilities; but POWER, real POWER in organizations comes from Operations: functional front-line roles with P&L responsibilities such as Sales, Supply Chain and Operations.

If we examine current female CEO's in the Fortune 500, literally every one of them came from two areas: Operations and Finance.

Elissa Ellis Sangster, executive director of the Forté Foundation, notes that over 50% of the female CEOs have MBAs. Sangster surmises, "Clearly the pipeline of women MBAs is a critical part of getting women into the C-suite."

The fact that there is a huge gender imbalance in the ranks of corporate America is not news. A recent Catalyst study found that while almost 37% of mid-level managers in S&P 500 companies were women, that number substantially thins out at the top - with just 22 women (less than 4.5%) CEOs across the S&P 500.

A similar lack of women is found in the graduate school level, especially in MBA programs where women constitute less than one-third of the total programs, according to U.S. News and World Report. Wharton also reported a slight fall in the percentage of women enrolled in its full time MBA class of 2016 - down from 42% last year to 40% this year.

So, where are all the female MBAs?

Over the past few months, I have been talking to Millennial women about their career expectations and how they see themselves fitting into the American workplace. I had the opportunity to sit down with one such Millennial, Smriti Rao, who embodies diversity, global opportunities and the drive for women's empowerment.

A primetime news anchor in India, Smriti (pronounced SMREE-THEE) worked in broadcast journalism for more than a decade before getting her Master's in Journalism from Columbia University. The former Bloomberg TV (India) anchor is now part of a handful of female MBAs at Georgia Tech in Atlanta.

I asked her why she thought there were so few female MBA candidates and how women can thrive in a typically male-dominated business program. Here's what Smriti had to offer.

JTH: How did you feel when you found out how few female MBAs are out there?

SR: The numbers are definitely disappointing. It's sad to see how few women are in the actual MBA candidate pool. They represent less than 40% of the 2014-2015 applicant pool for full-time two-year programs, according to data from the Graduate Management Admission Council. And you see that reflected in classrooms across MBA programs in America. Unless you are in a program such as University of North Carolina, Greensboro or even at UC Berkeley which has a large female class population, chances are you'll be in a male-dominated business program.

JTH: Why do you think that's the case?

SR: I think there are several factors that play into making the decision of when and where to get an MBA. First off, it's not cheap. An MBA from a top-rung school could easily set you back between $100,000- $200,000, excluding books and other costs. Then, there is the decision to take time off the workforce and take yourself out of the running, perhaps, for some projects you have been vying for a long time. Women, of course, have harder choices to make, because for many, a 2-year commitment to an MBA means putting off starting a family or finding reliable (yet affordable) childcare for the kids they already have. It's a decision that hinges on so many economic and social factors and that could be precluding women from enrolling. Even in situations where your company is willing to pay the expense, it is a huge commitment.

JTH: What can business schools do to change the narrative and bring more female students into the fold?

SR: The conversation around women in business is already changing and I'm excited to see business schools take the lead on this in conjunction with the White House. Just last year, top ranked business schools including Harvard, Yale and my own school--Georgia Tech--met with White House officials to discuss what they can do to expand opportunities for women given the changing nature of the workforce. As millennials, we value diversity, choice and flexibility and it's good to see schools recognize that.

Business schools are recognizing the unique lifecycle challenges female students face in trying to pursue an MBA, juggling work and a family, by being more flexible in their enrollment, offering different types of programs, making students more aware of gender differences in communicating, negotiation strategy and helping female students find mentors and sponsors. Business schools can play such an integral part in creating the next generation of female business leaders and I'm excited to be part of this wave.

While I realize Smriti represents a sample size of one person, I think the comments are representative of other young women I have spoken with. In Part 2, I will provide some further insights into what a broader segment of millennial women are talking about regarding an MBA.

Jeffery Tobias Halter is the country's leading male expert on advancing women and engaging men. He is the President of YWomen, a strategic consulting company focused on engaging men in women's leadership issues. Jeffery is a TEDx speaker, Huffington Post Blogger and the author of two books.

WomenMBAMillennialswomen in business
Go To Homepage