A popular photoshop job from Elle UK removing the men from images of global politics as part of their #morewomen campaign is making headlines this week.

The images depict German Chancellor Angela Merkel standing alone in a room after her male colleagues have been removed, while Hilary Clinton sits by herself in a boardroom that was once filled with men. Although women are not entirely missing from the scene, these images are a clear and stark reminder of a huge gender disparity in world affairs. So, why so few women? 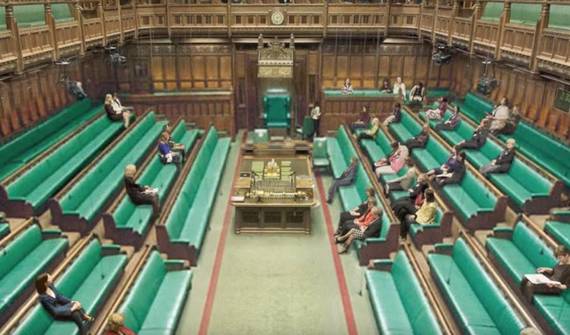 There have always been female leaders. Egyptian Queens are thought to have ruled from around 3000 BC. Still, it wasn't until the 20th century that women took visible leadership in modern governments -- a number of women began to hold positions in revolutionary governments in places like Ukraine, Hungary and Ireland after WWI. In 1960, Sirivamo Bandaranaike became the world's first female elected Prime Minister when she was elected in Sri Lanka while Isabel Perón of Argentina became the first woman President in 1974.

Fortunately, today there exists a record-high number of world leaders: with a total of 27 female world leaders serving at some point in 2015, to be precise. These include Chancellor Angela Merkel of Germany, President Ellen Sirleaf Johnson of Liberia, Brazil's President Dilma Rouseff, President Cristina Fernandez de Kircher of Argentina, President Dalia Grybauskaite of Lithuania, President Michele Bachelet of Chile, and so on. 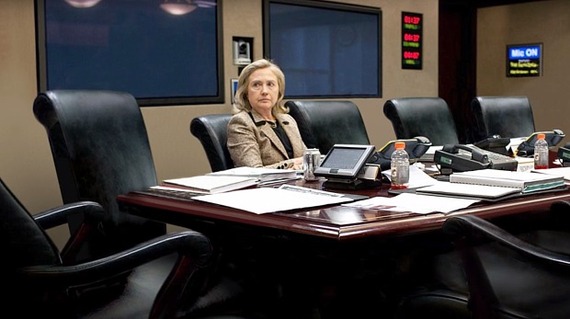 Still, it's not enough. With roughly 10 percent of countries of the world run by women, it is mainly male voices making policies affecting global populations across issue areas -- from issues of war and peace to labor and health, women are simply underrepresented in the head positions deciding the policies that affect them.

The reasons why women appear to be struggling to rise to the highest positions in global leadership are, of course, difficult to measure, and varied across political contexts. Some claim the particularly travel-heavy schedules of political leaders are hard to balance with family, while others insist there are significant roadblocks based on gender bias in the field.

Studies tend to cite a variety of roadblocks to women's leadership, from the traits of masculinity being tied to excellence standards in the national security field to the very real difficulties women face in the "work-life-balance." But, no matter the cause, the low figures in gender representation are surprising given the nature of the industry, and merit serious consideration.

These figures are, of course, in line with some of the figures in other sectors. In 2013, women held only 14.6 percent of executive officer positions at Fortune 500 companies (a quarter of which had no women in these roles at all). 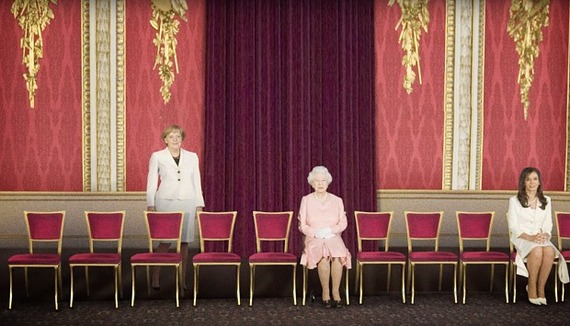 Still, the impact of including more women in policymaking could be groundbreaking. Some argue that including more women at the helm of global politics could lead to a reduction in violence and warfare. International development experts are growing increasingly focused on women's issues, as women's empowerment is increasingly viewed as integral for social and economic development and prosperity.

The World Bank, for example, has worked tirelessly on promoting its "gender equality for development" initiatives. Foreign Policy Magazine has consistently reported on a proven link between women's empowerment, poverty reduction and economic progress. Most of the major international NGOs, such as Oxfam, MercyCorps, and Care, have incorporated women's empowerment programs as a key element of their missions, despite being led by men. The gender issue, it seems clear, deserves continued consideration in the organizations' work around the world, but also inside their boardrooms and policy tables.

In so many ways, the world will simply benefit from including more women in positions of political leadership. Initiatives such as Womeninforeignpolicy.org and the Council on Foreign Relations Women in Foreign Policy Program are beginning to make progress on promoting this cause. We must look forward to the day when such photoshopped images removing men from political leadership do not reveal empty rooms, but instead depict engaging and inclusive spaces where policy affecting women and men alike can be proposed, debated and progressed.