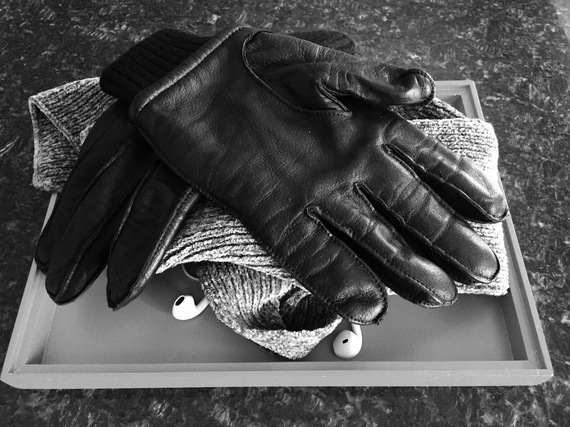 Someone is always taking my headphones. No matter where I leave them, they disappear. Headphones can't leave on their own. They have to be either lost or taken, right?

But no one takes them. Ever. I lose them. I don't learn. The moment I realize they are missing, I think of the last place I left them, check that place, and determine they aren't there. Logical conclusion? Somebody took them. Later, when my lazy ass is over my anger and frustration at having to reach my hand all the way up to my ear to talk on the phone, I buy another pair. Each time I fork over another $30 for these wax cleaners, I vow I will pay more attention, and each time I set them down I will make a mental note. "This is where you are. I am paying attention to where you are so that I can come back to you."

My wife and I are going through a divorce. It will be final in a month. At least that's what the state of Illinois tells us. It is bitter. I filed a year and a half ago, after having an affair. She wanted to work it out, despite my straying, but I was already gone. She is angry and frustrated, and has a right to be. Nothing justifies the way in which I ended our marriage. Nothing could have made me stay either.

That's where she is. Some other lady took her headphones. She knows where she left them, and they aren't there anymore. She says taken, I say lost. I played a major part in the losing. I avoided conflict and let it fester and create resentment to the point there was no turning back. Did she play a part? Sure. But that part is hers to determine and own.

Harsh sounding, but I got tired of not having my headphones and got another pair. It doesn't mean I didn't love the old pair. It just means that they weren't there when I needed them. Did I give up looking for them too soon? Probably. But again, that is on me, and it's an issue I have to figure out.

What is the lesson, the moral, the takeaway, the upshot, whatever you want to call it? Shit, I'm trying to figure it out myself as I type this (you do know that this is just my personal journal, out for the world to see, don't you?). I do know it has to do with blame. When we don't get a promotion, it's because the person who did get it sucked up, or chose work over family, which you would never do. When we don't talk to a friend or a loved one for months or years, it's because of something they did wrong, not what we did wrong. When a partner cheats, it's his or her fault for stepping out.

Now, instead of first asking, "Who did this to me?" or "Why did this person do this to me?" or "How could she?", instead of that being the default question, I try to ask, "What did I do to bring this upon myself?" One thing I neglected to mention is that this will be Divorce Number Two for me (don't question my capitalization - divorces are significant enough events to warrant initial caps, maybe even all caps). My first wife had at least one affair, and for ten years I blamed her. Only recently - and I'm sure because of my current situation - have I seen what a huge role I played in it, from being emotionally unavailable to controlling to almost totally neglecting our sex life.

"What did I do?" It's often hard to ask, and even harder to answer. The answer can be extremely painful and bring up all kinds of guilt, shame, and regret that are going to require even more questions and more painful answers, and on and on and on.

And if we ask, maybe we can stop losing so many goddamn headphones.

Let me know of a situation where you blamed someone, then on reflection found your part in it. I may publish your story but promise to keep your name and email address confidential. Email me at craigcpace@gmail.com

More:
lostresponsibilitydivorceblameLove
Newsletter Sign Up
An essential daily guide to achieving the good life
Subscribe to our lifestyle email.
Successfully Subscribed!
Realness delivered to your inbox

Father to the most amazing daughter, investor in distressed companies, writer