On any given day, there are Batmans, Supermans, Spider-Mans and several other comic book action figures in the boys aisle of the toy section. Do you know how many female action figures I found a few weeks ago at Wal-Mart? None.

I looked in every toy aisle. Even the baby section had a fair amount of male superheroes and villains. I did not find one female action figure -- hero or villain.

My kids, who happen to be girls, love superheroes and villains from comic books. They love to go see movies like Thor and Captain America. When the Suicide Squad comes out next year, I'm going to have a struggle to keep my youngest one from seeing it until she's older.

It seems like this would be an excellent time to have figures of Wonder Woman, Black Widow or Harley Quinn in the store. These toys would be a hot commodity. I'm hoping that toy manufacturers will be fixing this situation soon.

Do you know who is really easy to find at Wal-Mart? Elsa -- that chick is dominating the toy aisle. Kudos to the Disney promotion department. They have put the characters from Frozen on just about everything. My personal favorite is the Elsa cape. It's very superhero-like.

One of my kids has a small obsession with Batman, while the middle daughter loves Thor. Picking out birthday and Christmas presents for them is very easy. Every time I turn around, I see another Batman object that my kid wants. Always Batman. Everything Batman. She might actually be Batman. She does tell me quite often, "I'm Batman."

On the other hand, my youngest daughter is fascinated by Poison Ivy and Harley Quinn. She has also been trying to "borrow" my Wonder Woman print to put on her wall. She would like to trade Elsa for Wonder Woman. I didn't even have to pay her to choose Wonder Woman over Elsa. It just happened. 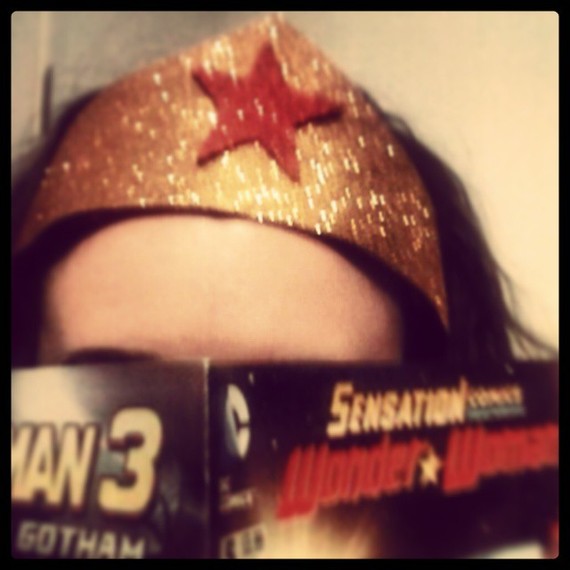 More:
female superheroesParentswonder womandaughtersToys
Newsletter Sign Up
Raise the kind of person you'd like to know
Subscribe to our parenting newsletter.
Successfully Subscribed!
Realness delivered to your inbox