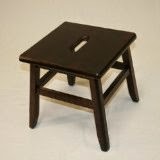 You can talk nostalgically about a child's first words, whether it's "mama" or "cookie," but BM is one of the first acronyms many people will ever remember hearing. BMs are a source of curiosity and pride and undoubtedly some of the interest may derive from the way in which they mimic the birthing process. Many children might even regard a BM as a form of reincarnation or wish in which a hated or feared older sibling comes back to life in another form. But there's another life passage and that's the change that comes when we start to call bowel movements, stools. Stool is the way that BM's are referred to on TV ads for laxatives and it's the word that you use when you discuss your digestive system with a gastroenterologist or proctologist, depending on your symptoms. Few adults would report having trouble eliminating a BM to their GI person. Stool is the euphemism. Stool is even a word that can be used at a dinner party since it may be mistaken for a piece of furniture by the person sitting next to you who can't believe that you're talking about BMs at dinner. But where does stool come from? Merriam-Webster simply defines it as "a discharge of fecal matter," "or a piece of solid waster that is released from the body," but unlike the other definitions of stool offered, it is strangely withheld when it comes to amplifying a potentially colorful word; the dictionary is queasy when it comes doody. But there's one clue. One definition of stool is "a seat used while defecating or urinating." And it's probably safe to assume that stool comes from the place that stools were taken back when people spoke Middle English. A toilet is after all a stool with a hole and those people who like to read on the loo are obviously using a toilet as a piece of furniture. If we were a more liberated society there would be whole rooms in libraries filled with toilets where people could read and defecate at the same time, but alas that's not the way of the world. There are few people who feel liberated enough to take their bowel movements in public even if given the chance to get ahead on their reading while they're ridding themselves of other forms of matter. But the next time someone looks cross-eyed at you when you attempt to talk publically about your stool, you can remind them that everyone is eventually going to meet their maker and sometimes you have to shit or get off the pot.