In a recent article, the Village Voice stated that uptown money was to blame for the death of downtown art ("How Uptown Money Kills Downtown Art").

Of course, denouncing "uptown" for the latest ar(t)mageddon is a favorite, recurring "downtown" theme that I have observed countless times in the 25 years I have lived in New York -- the only difference are the players involved. I find it quite astounding that the negative effect that big money can have on the art world is still considered news in this town. Marcel Duchamp understood this a long time ago, when he declared in 1961 that "the great artist of the future will go underground."

There once was a time when "downtown" stood for the underground and when the Village Voice spoke for that underground. But that was a long time ago. By citing The Bruce High Quality Foundation, a snazzy collective backed by Creative Time, Julian Schnabel's son, Vito, and Galerie Bruno Bischofberger, as an alternative to the established art scene, the above-mentioned article only confirms that 1) downtown as a culturally distinct entity has ceased to exist and 2) the Village Voice is no longer in touch with the underground. Let's face it: Anyone involved in the contemporary art world is as guilty as the next person for propagating the reigning atmosphere of commerce-as-usual. As Lawrence Weiner quipped in the early 1990s, "There is nobody walking away clean in this world any longer."

The contemporary art world is like a Titanic that will never sink -- like the corporate world that is "too big to fail." And it doesn't matter whether you are Larry Gagosian traveling in a first class cabin or William Powhida bunking in the art world's bowels: everyone is happily joining the glamorous cruise on the road to nowhere. To blame money for "killing" art is as ridiculous as blaming the ocean for destroying the Titanic. It is a huge waste of time and energy. Better go pearl diving, solo, and, go underground -- literally. 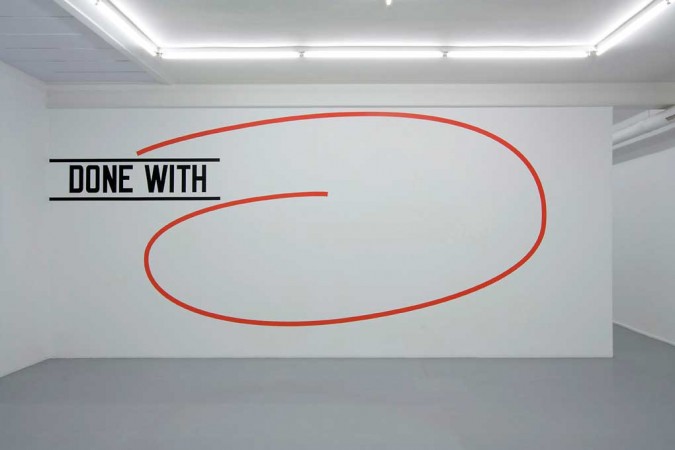 Andy Warhol's dictum of "the art of business and the business of art" may have completely taken over the art world but there will always be artists who follow a different path, keeping their focus on the work itself and avoiding the machinery and distractions that swirl around it. The work of one such artist can currently be viewed at the very uptown Guggenheim Museum. Her name is Zarina and this is her first major museum exhibit since she began making art 50 years ago. To encounter her "Pin Drawings" of 1977 is to come face to face with the true currency of art: love. Created as an act of mourning after the passing of her husband when she found herself alone and isolated in a foreign city, these highly delicate works on paper are as fragile as life itself.

Meanwhile, downtown, performance artist Penny Arcade and videographer Steve Zehentner's joint initiative, the Lower East Side Biography Project, a living archive of video portraits of artists and personalities associated with the Lower East Side, serves as a reminder that artists with integrity don't need to change the art world: sometimes it is enough to prevent the art world from changing you.