If "eating local" in your region means guaranteed year-'round access to a rainbow of uber-fresh ingredients -- well, check your privilege. Because you're probably in California. Or Croatia. Or some other temperate breadbasket. You're lucky. You're spoiled. And you're not in South Dakota. 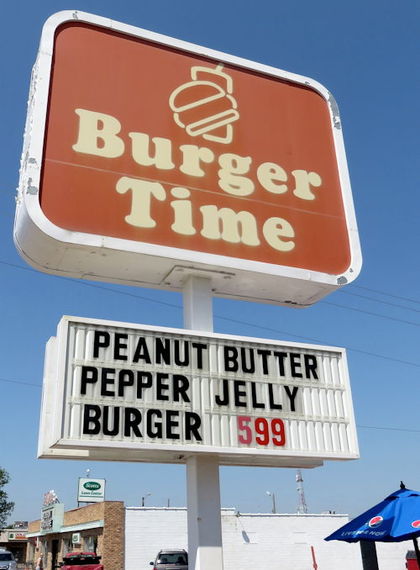 On a recent trip to Sioux Falls, SD, I examined what eating local means in an oceanless flatland whose winter windchills reach 40 below zero, where tornadoes uproot orchards and where freezing temperatures can last from mid-September until mid-May. 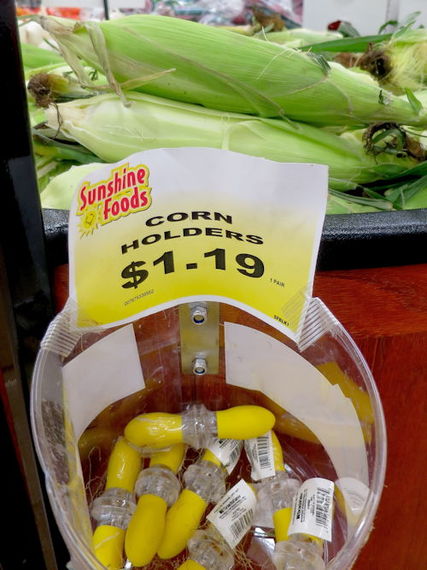 Agriculture is ubiquitous in the Great Plains, but it's mainly on an industrial scale: This landscape isn't quaintly dotted with charming little biodynamic vineyards and organic heirloom-lettuce fields. 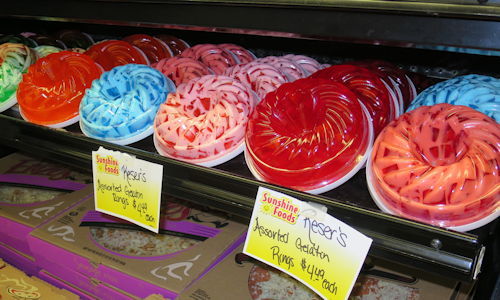 Outsiders are quick to dis this vastness they call flyover country as an artisanal-foodless wasteland largely constructed of Jell-O salad. Traditions and reputations die hard, but things are changing here.

Thanks in part to a rapidly growing population and business-friendly policies, Sioux Falls has foody startups. Sioux Falls has a champion chocolatier, a nanobrewery and a sumptuous vegan buffet. Sioux Falls has farmers' markets -- which, granted, are tinier than their temperate-climate cousins. 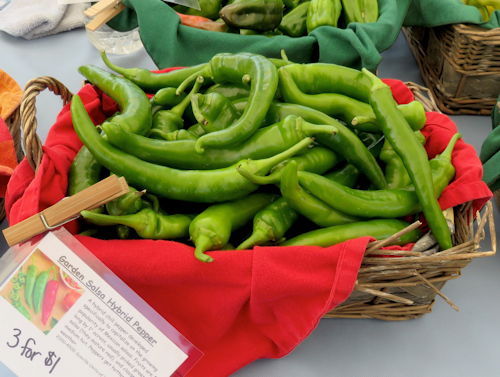 Sioux Falls has food trucks. Some of these sell pickle fries, aka fried pickles, a local snack whose golden-battered main ingredient harks back to the plains' fermentation-fond Scandinavian pioneers. 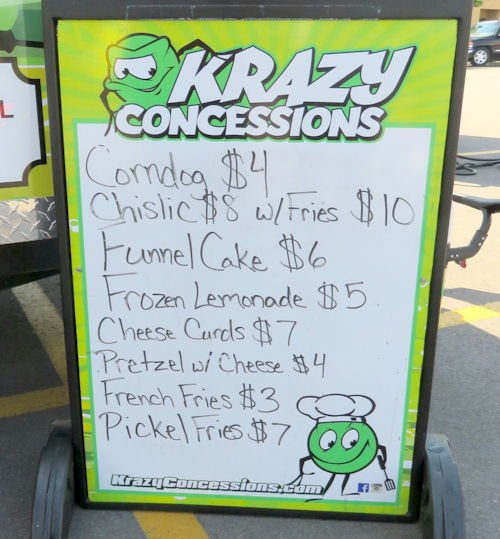 Sioux Falls has locally roasted coffee and world-class cafés. But when that mercury plummets, nothing gets taken for granted.

"I grew up here. I know this climate. I'd been watching Sioux Falls develop, and I'd always wanted to open my own restaurant," Michael Haskett told me at M.B. Haskett, the downtown deli he launched in 2012 and whose trendy/trad menu rivals those of its coastal hipster-magnet counterparts. 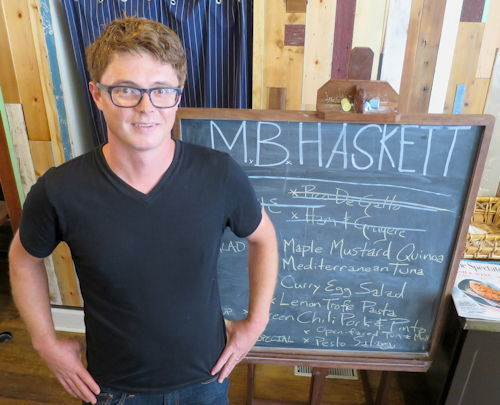 "I wanted to make my own stock, my own pastas -- everything from scratch," explained Haskett, who attended the Culinary Institute of America in New York. "I knew local farmers and wanted to start my own little farm, to become a spokesperson for farm-to-table cuisine."

So what does that spokesperson say?

"Eating seasonally is really the thing." 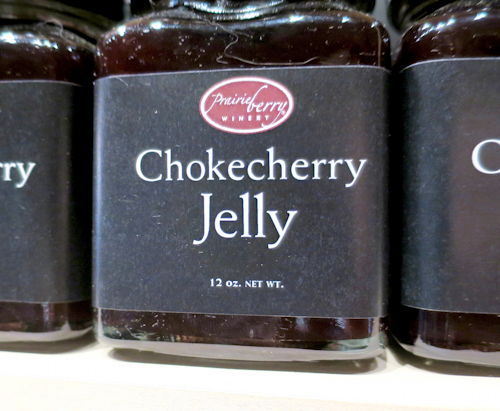 In winter, in Sioux Falls, that means parsnips, potatoes, squash, turnips and rutabagas. In summer it means apples, corn, beans, chokecherries, ramps and freshly caught walleye. Fall and spring bring their own bounties. 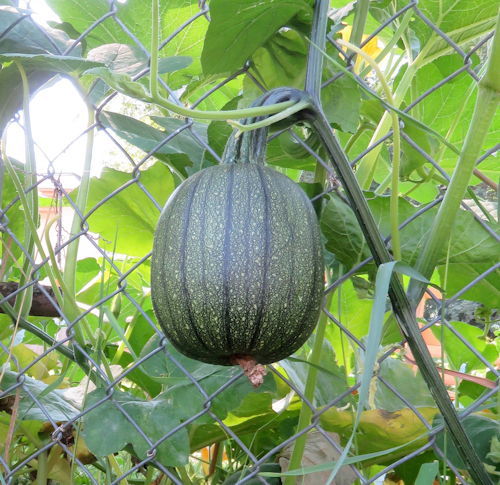 Beef and pork predominate in these parts -- but Haskett praises their indigenous predecessor. 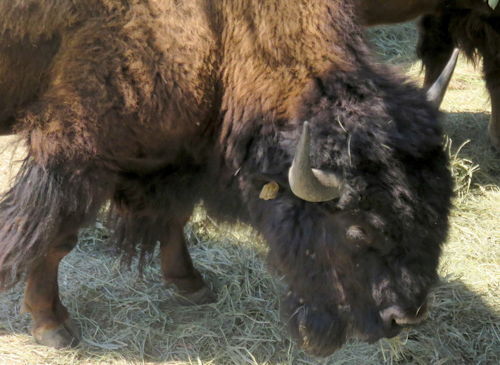 "Bison is an opportunity that could really be maximized here, because bison are perfectly adapted to this climate and landscape. They instinctively know how to survive here. On the open prairie, when the windchill reaches 60 below, bison put their heads to the wind. Cows put their butts to the wind. Cattle have a lot of miscarriage problems. Bison don't."

On ranches, some of them inside the Sioux reservation, "a bison is standing there one moment in his natural environment, eating grass. He's taken down with a gun and the next moment, he's hanging upside down," ready for butchering.

"There's no long-term stress on the animal. You can't get more farm-to-table than that. This is clean food. We should jump on this: Bring the bison herds back. Raise the population."

The one and only South Dakota-based member of the Specialty Food Association is Native American Natural Foods, LLC, whose Tanka Bars and other products are made with buffalo meat and dried fruit: a formula based on wasna, the traditional Sioux pemmican.

"Buffalo meat is very lean, because it's grass-fed," Haskett says. "It tastes like beef, only better: very hearty, but with no gaminess."

Speaking of wild local (but in this case not indigenous) animals, South Dakota is the only state that hunts and eats its own state bird. Hunters from all over the world arrive in the Sioux Falls area every fall, when ring-necked pheasant-hunting season begins.

"Yes, this is meat-and-potatoes country. Growing up here, I kind of hated how quiet and Midwestern we all were. That's why I was so excited to attend school in New York, assuming that everyone I met there would be worldly and open-minded. As it turned out, I was amazed to see how closed-minded and ignorant supposedly educated people can be."

The prejudices of those foodier-than-thou urbanites "inspired me to think I could make a change in the world by bringing some big-city ideas about food to my hometown." 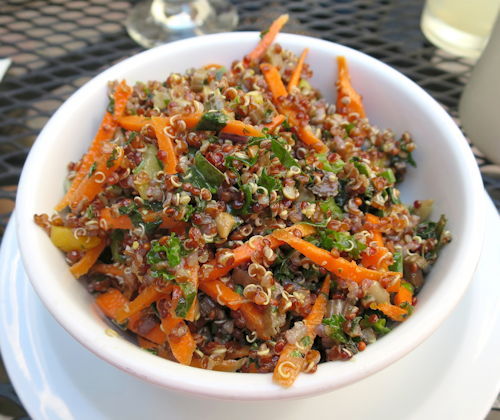 Sioux Falls -- "in which hash-browns, bacon and eggs over easy are king" and where standard restaurant procedure long entailed "buying food from Sam's Club and microwaving it " -- now boasts "some of the best food-minded, sustainability-minded and locally minded people I've ever met," Haskett beams. "This place is becoming a culinary hub of creativity."

Granted, it's a long road. For instance, "South Dakotans could start putting up a lot more greenhouses.

"The West hasn't totally been won yet. In many ways, we're still pioneers.

"But instead of sitting back and letting Californians brag -- lucky for them, they've got olive trees and can press their own oil -- why not create a local food scene of our own?"

All images are by Kristan Lawson, used with permission.