The global nonprofit sector has played a crucial role in identifying solutions for the needs of the world's most marginalized populations. As the severity and scale of the problems escalate, however, it has become clear that the 20th century paradigm of maximizing profits in the capitalist realm of the economy then donating a percentage of the proceeds to charity in the other isn't cutting it. The separation of purpose and profit is working against us.

But profit isn't the culprit -- in fact, harnessing the power of profit is the key.

If we want to effect social change at scale, investors need to enlist the capital markets by injecting intention and purpose into every financial decision. Known as Investing for Shared Value, this holistic 21st century approach is driven by the convergence of capitalist profit-maximizing tendencies and the core values of social and environmental sustainability.

Contrary to conventional wisdom, investing for shared value isn't a watered down form of capitalism. As Michael Porter puts it, "It's a higher kind of capitalism, where investors create social and economic value simultaneously instead of wasting their time investing in companies that are incrementally competing for trivial differences in product attributes and market share."

The reality, however, is that the surging cost of raw materials and energy means that reducing pollution and emissions reduces costs, and the explosion of social media means that having safe and ethical working environments prevents bad press, maintains goodwill among stakeholders and enhances brand reputation.

This synergy between social and environmental progress and economic profit in the business world translates directly to the investing world. Domini Social Investments, founders of the MSCI KLD 400 Social Index (NYSE: DSI), have proven that analyzing a company's sustainability factors can help investors capture sources of risk and opportunity often overlooked by conventional financial analysis. In its 25-year history, the index has outperformed the S&P 500 approximately 50 percent of the time, whether on a monthly, quarterly, or annual basis.

Many assume that investing responsibly means screening your portfolio to avoid companies with poor corporate values, but positive screening, actively selecting companies that have a commitment to responsible business practices, can be even more effective from both a financial and social impact perspective. Gender-Lens Investing -- a form of positive screening that calls for investors to use gender as a category of analysis in company diligence -- is incredibly successful. Companies whose Board of Directors include three or more women had a 53 percent higher average return on equity than companies without any women on their Board.

That being said, investing for shared value doesn't only mean investing in publicly traded companies. Small changes are equally powerful. Moving your money out of one of the nation's biggest banks and into a credit union or community development bank will ensure that your money is being recycled in your community. Although small and mid-sized banks control less than 25 percent of all bank assets in the United States, they account for more than 50 percent of all small business lending. Big banks allocate few resources to small businesses - the largest 20 players control 57 percent of all bank assets but only devote 18 percent of their commercial loan portfolios to small businesses. 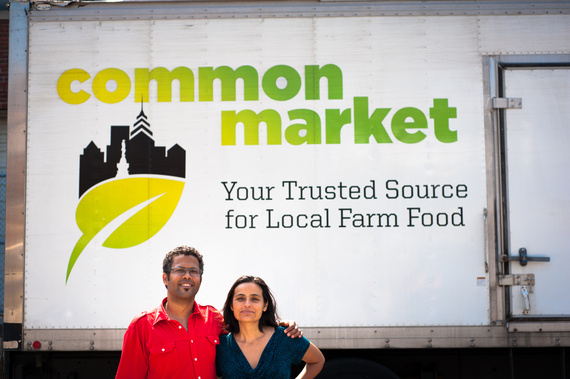 Individuals and institutions who invest in shared value also have the option of opening an account with one of nearly 1,000 Community Development Financial Institutions (CDFI) around the country or with organizations like RSF Social Finance, Shared Interest or Calvert Foundation which offer social investment accounts that are devoted to solely investing in mission-driven small businesses and non-profits. Returns are below what one would get from investing in the stock market, but they are typically higher than what can be expected from a bank CD or money market account. CDFIs and social investment accounts are secure, easy ways to ensure that your money is working for you and your community by creating jobs, building affordable housing, promoting education, and protecting the environment, while at the same time, producing a profit.

Until we realize that we don't have to rely on philanthropy to fix the problems magnified by the companies (and banks) in our portfolios, we won't be able to move the needle towards a cleaner, safer, and more equitable world.