We all crave that sweet serendipity of being in the right place at the right time: When the Northern Lights are most likely to dance; when that sleepy scruff-bucket town transforms for its once-a-year fabulous fiesta; or, when a mass mob of whales gathers at the nearby reef. That's why our book, The Best Place to Be Today, exists -- to help zoom in on precise dates or periods to ensure the very best experiences, be they wildlife migrations, active escapades, raucous festivals or cultural showstoppers. Each month we'll pick two of these timely experiences right from the book and share them here.

If you want to find out the best place to be on any day of the year -- today, tomorrow, your birthday or wedding anniversary -- check out our interactive calendar. Here's what we recommend for November: 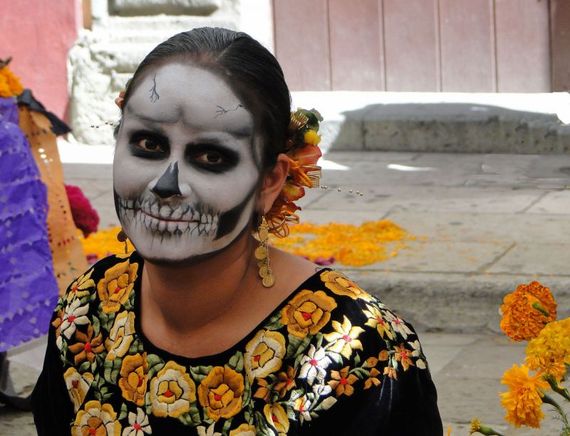 Mexico's remembrance of departed souls is an upbeat treatment of immortality. In a belief system inherited from the Aztecs, Mexicans believe their dead are lurking in Mictlan, a kind of spiritual waiting room, and they can return to their homes at this time.

Families begin preparations to help spirits find their way home, starting with an arch made of bright-yellow marigolds. An altar is piled high with offerings: flowers, candles, tamales (cornmeal dough). People also leave out pan de muertos (bread of the dead), made with egg yolks, fruits and tequila, and adorned with a symbol of death.

The event climaxes at the cemetery. Families devote a day to cleaning the graves, decorating them with candles and flowers, having picnics and dancing to mariachi bands. By now, the streets are full of papier-mâché skeletons in dresses and hats.

Celebrations take place countrywide, but their heartland is southern Mexico, where indigenous culture is strongest. Mixquic is known as 'City of the Dead' for its procession that calls at shrines to the deceased. In Oaxaca there are graveyard tours. --www.visitmexico.com 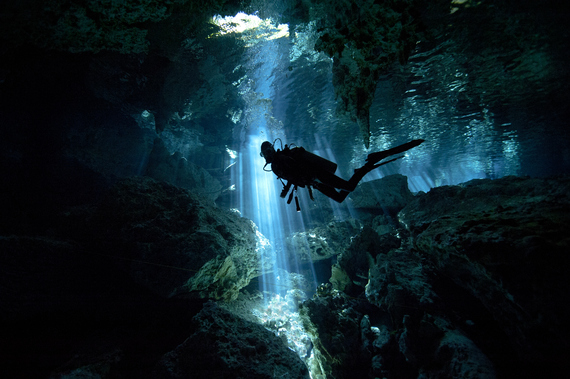 Why now
The waters of these natural pools are at their clearest, plus the weather's divine

In a cataclysmic collision 65 million years ago, a huge meteor struck the area that's now Mexico's Yucatán Peninsula, leaving a vast crater. Millions of years later cracks formed below the crater's limestone surface and rainwater began filling the cavities these fissures created. Eventually the surface layer around the underground chambers began to erode, revealing the intricate system of underground rivers and cenotes (sinkholes) that lay beneath.

The Yucatán is now pitted with around 3000 cenotes, including the Sacred Cenote at the Mayan site of Chichén Itzá. This awesome natural well is 60m in diameter and 35m deep, but sadly you cannot dive into it.

However, there are many cenotes that can be dived. In most accessible caverns, fixed lines guide divers through. Popular dives include Ponderosa, near Puerto Aventuras, and Cenote Azul, a 90m-deep natural pool on the shore of Laguna Bacalar. Cenote Dos Ojos is one of the most impressive, with stalactites and stalagmites in an eerie wonderland. You can swim 500m without leaving sunlight. --www.visitmexico.com

Excerpted from The Best Place to be Today, 365 things to do and the perfect day to do them.