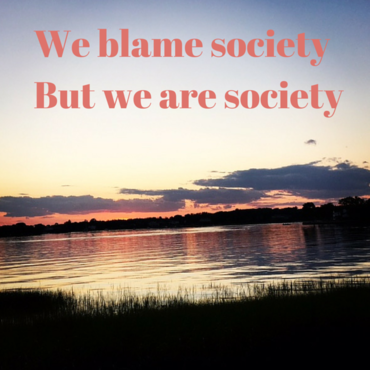 Since that horrific summer night in Colorado, I have been very vocal with my thoughts about the case of James Holmes. I recognized him publicly as a young man who had a documented history of treated and untreated schizophrenia and several doctors confirmed that diagnosis in his trial. While the nation was putting a young man battling severe mental health challenges on trial, I called for love and compassion in recognizing his illness. As the trial progressed, I wrote to his parents to offer some solace as talk of the death penalty quickly loomed large over us all.

One would think that James Holmes' recent sentence of life in prison without the possibility of parole- as opposed to the death penalty- would be a relief to me. But for the first time in this case I stayed still and quiet because I remain shocked at just how unconscious we still are in our awareness of brain disorders. I simply had no words to explain my concern and outrage and only speak now because I cannot ignore the public outpouring of hatred in response to the verdict.

My e-mail inbox has been full with messages about the trial, and yet I can only think to myself: How can I celebrate this verdict when a man who had a promising future as a doctoral student in neuroscience is being sentenced to life in prison for actions stemming from his brain disorder that our system completely failed to address?

My mind remains riddled with questions that I would like to openly ask in diagnosing where we stand as a nation on the perspective of brain disorders. This dialogue is essential if we are ever going to progress to the day when we can understand that mental illnesses are physical illnesses and require the same consideration, empathy and treatment standards.

Where were we when we missed the signs of distress when James Holmes was failing out of his PhD program and was considered a threat to others by his psychiatrist which was reported to the authorities and his parents?

Where were we when conventional wisdom had us wishing for James Holmes' death as the only solace and revenge for the pain of the traumatic loss of so many innocent lives?

Where are we now when hatred and more death wishes are being expressed after the jury carefully deliberated and decided against the death penalty?

Where have we gone astray with our connection to our humanity?

Where are we as we ignore red flags of mental health and don't take action which could result in more understanding and funding for brain research?

Where are we that we let this inertia continue to fuel these tragedies, one after another?

Where are we that we can support language that is completely filled with hate and disdain? Do we believe that it's okay for a juror to walk into a courtroom with a Metallica t- shirt on to represent the electric chair?

These questions remain for me because even if James Holmes will not be put to death, we failed to give him the chance to live a healthy life. And as a result, so many others tragically lost theirs.

No wonder that the end of his trial leaves me asking, "Why?"

In my opinion, the real verdict is that we are guilty of failing to address mental illness before the shots are fired. Let's do something about that!