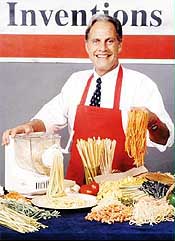 In an appearance last week on Fox Business News I opined that one of the problems with the discussion of the bailout is that the government has done a poor job explaining the issues.

I believe that the American public is plenty able to understand the plusses and minuses of bailout action versus inaction if someone would just give us an unencumbered explanation of mortgage securities, tranches and derivatives. I suggested on air that Chairman Bernanke, an economics professor, give us a 30 minute tutorial and then let the populace make a decision as to whether it wants a bailout or not.

It is clear that the bailout decision has become highly political, in large part because there is a perception that the bailout bill is helping the fat cat Wall Streeter at the expense of the average Joe taxpayer. Maybe that is true, maybe not. Maybe even if it is true, the arguments for lubricating the credit markets outweigh the arguments against helping the Wall Streeter.

I have read all the articles, listened to all the commentators and have a twenty-five year history in real estate law and investing. And, I still think that there are good arguments for and against the bailout.

I say let the people who are potentially on the hook for $700 billion (or more) get a clear-headed explanation of the events leading up to the problem, the problem itself and the potential solutions. Then let them "decide" with their collective voice to Congress.

What amazes me above all else is that a government with the brightest of minds - people like Paulson and Bernanke and tons of others - have no skill set at all explaining or marketing their position to the public. Is there not one person in all of the Administration or Congress who can explain the benefits (or not) of the bailout?

I propose Ron Popeil, who convinced millions to buy Veg-o-matics back when real men hated vegetables.

That guy could sell. He could explain the benefits of chopped up vegetables and then take orders. This is a guy who could easily explain toxic mortgage securities. Is there not somebody like Ron Popeil in our government who could help us through this crisis?

Jim Randel is the author of the recently released book, The Skinny on the Housing Crisis (Clover Leaf, 2008).

Founder of The Skinny On book series