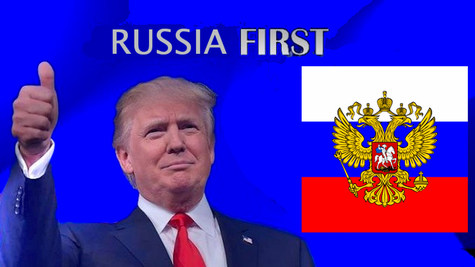 What in the hell is wrong with the people in the media? They readily work up a high level of outrage about "unprecedented" Russian state-sponsored doping of athletes, but don't seem to be able to muster much passion or indignation about Russian state-sponsored doping of American voters, which is more unprecedented and far more harmful than their doping of athletes. There is substantial evidence that Russia stole the election for Donald Trump and he keeps putting in top national security positions people who are close allies of Russia's authoritarian ruler, Vladimir Putin (Lt. Gen. Michael Flynn as National Security Advisor and, apparently, Rex Tillerson as Secretary of State) and has had Putin ally Paul Manafort back advising him. Yet all we hear in the mainstream media is that all of this will need to be investigated and there may be problems for Trump getting Tillerson confirmed by the Senate in January.

We are talking about a hostile foreign power manipulating an American election to make their boy President of the United States. for God's sake! Why isn't there supreme outrage and discussion, not of how this may affect Tillerson's confirmation hearings in January, but how it should--how it must--affect the Electoral College vote on December 19?

Of course Trump Wouldn't Have Won without Russian Help

"Nobody's saying he [Trump] wouldn't have won it anyway."

It is sickening to hear a distinguished historian and commentator make such an absurd Trump-serving and Russia-serving statement. The combined total reported margin of victory for Donald Trump in the three states (Pennsylvania, Wisconsin, and Michigan) that have given him an Electoral College lead is 77,188 votes, which is an infinitesimal 0.0006% of the national vote. How can any sentient being conclude that the various Russian interventions on his behalf--the hacking of Democratic servers and publication through Wikileaks of the Democrats' emails and the spreading of fake news stories are among the ways in which the Russians definitely damaged Hillary Clinton and helped Trump--would not have been far more than sufficient to give him victories in those three states by the tiniest of margins?

Almost everyone in the media is going along their merry way calling Donald Trump the "President-elect" (he isn't until and unless a majority of the Electors vote for him) and making it seem that nothing can be done to stop a man beholden to the authoritarian leader of a hostile foreign power from taking control of our nation and implementing his "Russia First" policy. 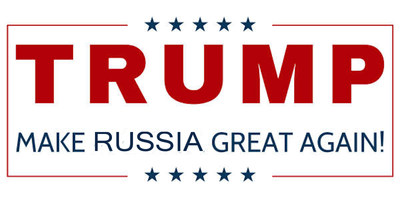 The media went wild (rightly so) over Watergate, which was a huge scandal that threatened American institutions and values. There was constant coverage of the Monica Lewinsky situation. And for many months leading up to this year's election, Hillary Clinton's emails were endlessly discussed. What will inevitably be called "Putingate" is vastly worse than any of those matters, yet most people in the media have very little to say about it. What gives?

The survival of the American Republic is at stake and the people who are supposed to check such things in the public interest are instead whistling past the graveyard in which America as we know it will soon be interred if Trump is not blocked. Most of them don't even challenge Trump's blatant lies about it, such as: "I think the Democrats are putting it [the information about Russian intervention on his behalf] out because they suffered one of the greatest defeats in the history of politics in this country." It should come as no surprise to anyone that Trump's level of lying would put a rug to shame, but calling an election in which the Democratic candidate received 2.8 million votes more than he did the Democrats suffering "one of worst defeats" in our history reaches an extraordinary level of ludicrousness even for him. It is, however, rare for anyone on a news broadcast even to point out that he is lying.

Instead of recognizing that Trump represents the gravest danger to the American Republic since the Civil War, informing the American people about the extent of the danger, and trying to do something to stop Trump, most people in the media, along with most political "leaders," seek the smallest indication of a softening of Trump's extreme positions and welcome it in much the way that a battered woman grasps at any sign that, just possibly, her abusive partner is turning over a new leaf.

The clear truth must be faced: Unless we can get the Electors to save us, we are all about to become family members of an abusive man who wed and seeks to subordinate Lady Liberty.

We have only seven days to save the Republic from a hostile takeover by billionaire American oligarchs and their Russian backers. Are there no courageous patriots in the top ranks of the news media? How about political leaders from both parties who could come forward and work out a compromise Government of National Unity not including Trump, such as the one suggested here, that could be presented to the Electors. Are there not at least 38 Republican Electors who would be willing to put their nation above their party and do what the Framers of the Constitution intended Electors to do in a crisis such as this: prevent the election of a dangerous demagogue and a foreign power gaining, as Alexander Hamilton put it in The Federalist No. 68, "an improper ascendant in our councils ... by raising a creature of their own to the chief magistracy of the Union?"