When my daughter was born, I was determined not to Princessify her. I returned gifted onesies that read "Diva" and "Daddy's Little Princess." Gifts of high heels and purses were hidden on the top shelf in the toy room. No princess books. No princess movies or TV shows. For two years I dressed her in blues and purples, only slipping into pink when it couldn't be avoided. For two years, my plan to side-step the tricky world of princesses worked.

You know where I am going with this.

Shortly before her second birthday, my daughter came out of her playroom, festooned with the scarves we use for music time and declared, "I pincess! I so wovely!" And as she gets older, the more princessy she becomes. Recently, as we were leaving a friend's house, Ellis started crying because she didn't want to go. "It's okay," my friend told her. "You are okay."

It's full on Princessanity over here.

Maybe it was Mickey Mouse Clubhouse. Or maybe Curious George worked in a princess storyline when I wasn't looking. Maybe it was a babysitter, the devil or maybe it is genetic. But from the days she came down the stairs festooned with scarves, my daughter has been a princess, everyday all day. Maybe she is a fairy princess or a ballerina princess. For a while she was an Elmo princess. Once, as a punishment, I took away her princess dresses and accessories and then she ran around in her underwear declaring herself to be a naked princess. Make no mistake, she is a princess.

Countless parents have the same story. They have rules: No guns allowed. Yet, after years of careful policing, their kids go and chew guns out of peanut butter sandwiches. My mom had the no gun rule and we just used sticks and turned our backyard into a war zone. She eventually let me and my brother sign up for an NRA-sponsored gun class at the age of 10. There we learned firearm safety and how to make our own musketballs. I shot two musketballs through the center of a target with a french-dueling pistol. I also won an NRA membership in a marksmanship contest. Somehow, I still vote Democrat. The point being: we don't pick who our children become.

You don't choose to have a princess, princesses choose you. You can shape, you can direct. But ultimately, your child is a person. Their own person.

And even though the sparkle kitsch makes me cringe, I don't keep my daughter away from the things she loves. Mostly because I can use it for leverage: "If you poop on the potty, I'll buy you a fancy princess dress and new fairy wand." That sort of thing. I also don't keep her away because even if I hid her beads, she'd string together noodles. We told her she couldn't have earrings and she cut circles out of paper and shoved them in her ears. "I wook wike a queen!" she said.

As I watch my daughter play-stomping around in high heels, twirling in her fancy dress, demanding that I make her crowns, I think about Benjamin West. West was a painter, who grew up the son of an innkeeper in Pennsylvania. He had little formal education and learned to paint from Native Americans who showed him how to mix clay and bear grease. From there, he taught himself. West went on to become a world-famous artist and president of the Royal Academy.

My daughter is an autodidact. A self-taught princess. Her love of beauty comes from within. I'd be a hypocrite to squash it just because princesses aren't my thing. Just because I don't like their smug grins, gaudy fashion and sense of entitlement. I don't like their co-dependency, their need to be saved. I don't like how their stories revolve around romantic relationships. And I worry about what my daughter is learning from this. What she will think and expect based on these images and projections.

But princesses aren't really the problem. They are just an easy scapegoat. It's not Cinderella's fault that women still earn less than men for the same work. Rapunzel isn't responsible for rape culture. Princesses are a symptom, not the disease. And like guns, princesses are very dangerous when used improperly. But great sport when used correctly.

As the mom, I'm the NRA of princesses. I don't think princesses themselves are bad; it's what people do with them that matters. And that doesn't mean I'm planning to lobby Congress pro-Princess. I completely understand if you insist on your zero tolerance towards princesses stance. What I mean is I have a princess -- a little magical ballerina-butterfly-tutu-fairy-princess. It's not what I chose, it's what she chose. And when faced with this responsibility, I believe it's not my job to teach princess abstinence; rather it's my job to teach my daughter how to use princesses wisely. To help her be the best possible version of who she wants to be, even if that version isn't what I dreamed or intended. So, Snow White, I'm leaning in.

It's not the job of fairy tales to prepare my daughter for a happily ever after. That is my job. So if you see me out there, addressing HRH in the grocery store or readjusting twirly skirts, it's because I'm a royal advisor in this little kingdom, preparing this princess for her throne. 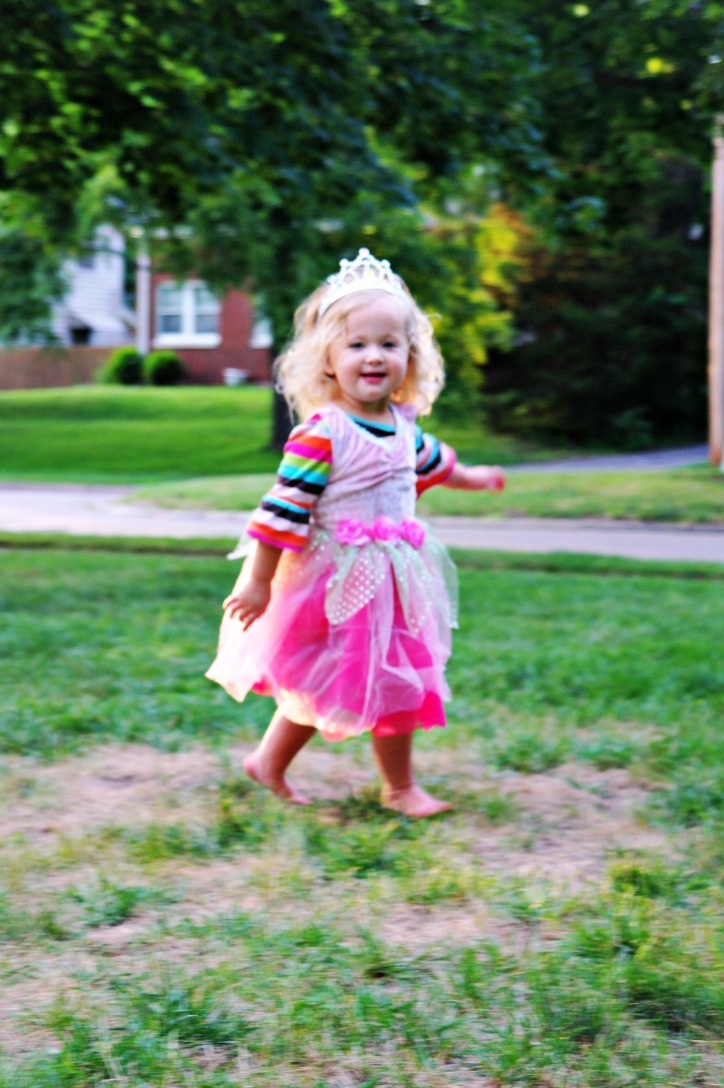 More:
disney princessesparents-toddlersprincesses girlsParents
Newsletter Sign Up
Raise the kind of person you'd like to know
Subscribe to our parenting newsletter.
Successfully Subscribed!
Realness delivered to your inbox