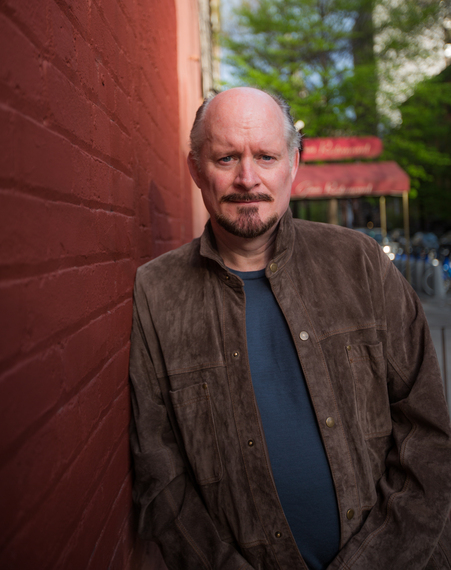 T.J. English is a noted journalist, screenwriter, and author of the New York Times bestsellers Havana Nocturne and Paddy Whacked, as well as The Westies, a national bestseller. His true-crime book, Born to Kill, was nominated for an Edgar Award. His screenwriting credits include episodes for the television crime dramas NYPD Blue and Homicide. He has written about the New England Irish mob, and covered the July 2013 trial of Whitey Bulger, Boston's most notorious native son and iconic Irish American gangster.

Where the Bodies Were Buried details the career of James "Whitey" Bulger, who in his day, was one of the most vicious and feared killers in America. Ironically, while he was the de facto Irish mob boss of New England, Bulger was also a Top Echelon (TE) informant for the FBI. He covertly fed local prosecutors information about rival mob figures, using the agency to eliminate them and reinforce his own power. He was protected by people in the Department of Justice who also told him where to find people he planned to murder.

When the wheels of justice wound too close, Bulger disappeared and remained among America's most-wanted criminals for 16 years. He was finally arrested in Santa Monica, California and returned to Boston, where he was tried under the RICO statutes; convicted of racketeering; and of 11 of the 19 murders with which he was charged.

Is it accurate to say your intention was not only to cover the Whitey Bulger trial, but also to reveal the close relationship between the FBI and the Department of Justice and this career criminal?
Absolutely. Eventually, that became the focus of the book. While attending the Bulger trial, it became apparent there was a historical context to the Bulger story that deliberately was being kept out of the courtroom. I began to wonder how it got to the point where Bulger wielded the kind of power he did. It led back to the historical context of corruption, the collusion between the so-called good guys and the bad guys. It had been going on in Boston for half a century.

Give us some details about the corruption and collusion.
It began in the mid-sixties, with the creation of J. Edgar Hoover's and the FBI's Top Echelon Informant Program. Hoover was embarrassed by the Joe Valachi Hearings, which were on national television. Hoover had been proclaiming there was no such thing as a mafia in the United States. After the Valachi Hearings, he created the program to use criminals to become informants on other criminals. Boston was where the "TEI" Program found its greatest success, when a couple of FBI agents recruited a gangster named Joe Barboza, a notorious New England thug. They used him as a witness in some high profile trials. In one trial, Barbosa framed some innocent people for a murder they didn't commit. Decades later, it was learned Barbosa had done that with the acquiescence of his FBI handlers, and others within the criminal justice system. To preserve him as a federal witness for other cases, it became an operating principle in the criminal justice system of that jurisdiction.

From that point forward, the entire system was greatly compromised. It became the dirty secret shared between law enforcement officials and mobsters.

Your descriptions of these events are filled with fantastic details. Aside from the courtroom, how did you get to mob associates, lawyers, federal agents and even members of the jury at Bulger's trial?
The Bulger reign went on for twenty years, from 1975 to 1995. For the sixteen years he was on the run, there was a lot to write about. While he was in hiding, much of the truth about Bulger's relationship to the FBI began to emerge. I was on the Bulger beat for a long time. I was in Boston, getting to know some key players for the two other books I wrote about Irish-American gangsters. I met many people who were part of the Bulger story. So, when it came time to write this book, I already had a reservoir of sources and contacts before wading into this complex story involving Bulger, the mob, and law enforcement.

Did you attempt to interview Whitey Bulger?
Yes, I did. I wrote to him twice, but never heard from him. He's never done an interview with anyone. But, since he was apprehended, he's strategically written letters, knowing they'll wind up in the media. He uses this correspondence to put forth his story the way he wants it told. I don't think he would sit down with me or any other serious journalist because he's still in denial about things, and not in a position to be honest about his past.

He's sometimes portrayed as having been something of a Robin Hood figure. Is that a myth?
That's a myth. One of the things I hope to do with this book is move the discussion beyond Whitey Bulger to the world that helped create him. By that I mean, the criminal world in which he operated, which includes the connections to and corruption within the criminal justice system.

We often hear that the Irish and Italian mobs are no longer what they once were. Is that true?
Now, they're pretty much watered down. The Irish never really had an organized criminal structure. To take down the Irish mob, all law enforcement had to do was take down individual players. It's taken longer with the Italians because the mafia has a circumscribed organization structure. But cultural assimilation in this country has made it largely disappear. That, of course, has been coupled with the RICO statutes. With the Jews and the Irish, organized crime was seen as a way out of poverty. It was a means to an end. It wasn't something passed onto the children. The mafia came from the old country, from Sicily. It was a cultural tradition passed down within families, so it stayed on quite a bit longer.

I have a feeling Black Mass will be very different. It's based on the first non-fiction book written about this saga. It proclaims itself to be based on a true story, so I'm sure a lot more research has gone into making it as accurate as possible. I get the impression Johnny Depp has given a performance closer in spirit to the real life Whitey Bulger.

What makes people so interested in true-life criminals like Al Capone, Bugsy Siegel, and Whitey Bulger?
In the case of Whitely Bulger, I think part of it is because he's a very real, down-to-earth guy from the neighborhood. He's a working class guy. So, there's a point of identification with Bulger that might not have been present with Al Capone or Bugsy Siegel. Beyond that, there's the larger question you asked about why American culture is so fascinated by these architype of gangsters. I think it has a lot to do with American capitalism. Gangsters are basically people operating in the American marketplace. Granted, it's a black market--in the underworld--but it's a parallel universe to the upper world. They make it work on their own terms. They take matters into their own hands. There's a vicarious pleasure viewers and readers derive from these stories. Anyone who's run a business, who's grappled with bureaucracy, and tried to bend the world to their needs, can find a certain amount of pleasure watching a gangster film.

Where the Bodies Were Buried exposes profound flaws in our criminal justice system. Will you talk about them?
In this story, it involves a symbiotic relationship between the gangsters and the lawmen. It's almost as if the cops and the criminals operate within the same universe. It's not good guys and bad guys. It's just different people playing the system in their own ways. Both try to use it to their advantage. You have a tremendous amount of human error in play. You have agents who are noted for their ability to recruit informants within the system, and they are often "played" by criminals who have more street smarts and are skilled manipulators. These relationships frequently go wrong and wind up being enabling alliances for criminality. When there's a danger of this being revealed to the public, the system engages in cover-ups for self-preservation. So, very little is known about the Top Echelon Informant Program. It's not well supervised and there's very little institutional accountability. It operates within a dark, gray area. Ideally, there should be strong oversight and accountability of this program, if it is going to be used. Otherwise, you end up with situations like the Bulger story, where he was protected and kept on the street and went on to kill people, while functioning as a top echelon informant.

I interviewed John Connolly, the former FBI man and Whitey's handler, now serving time in prison for his role in the Bulger affair. I asked him if the public cared about the problems with the informant program. He said, 'The public doesn't care about how the sausage is made. The system wants prosecutions.'

Among other things, your book shows that indeed, truth can indeed be stranger than fiction.

Congratulations on writing Where the Bodies Were Buried, a searing narrative of the criminal underworld that reads like fiction, but unflinchingly exposes the truth about Whitey Bulger, his world, and the system that allowed him to flourish for years.