The Olympics are the words on everyone's lips right now. Browse just about anywhere online and prepare yourself to be hit with a dose of Team GB fever. And how can you not get excited? It's the Olympics -- one of the biggest celebrations of sporting talent on earth AND it's in Rio!

So no doubt, as you watch the British success unfold, you will find yourself wondering just where did this talent come from? I mean, I don't know about you, but I can't remember any Olympic level athletes in my class at school!?

If you have been wondering, like myself, then you will be delighted to hear that the data experts have been working through the data to find out. Producing these beautiful pie charts and datasets, you can now take a look at the breakdown of Team GB's birthplaces across history. 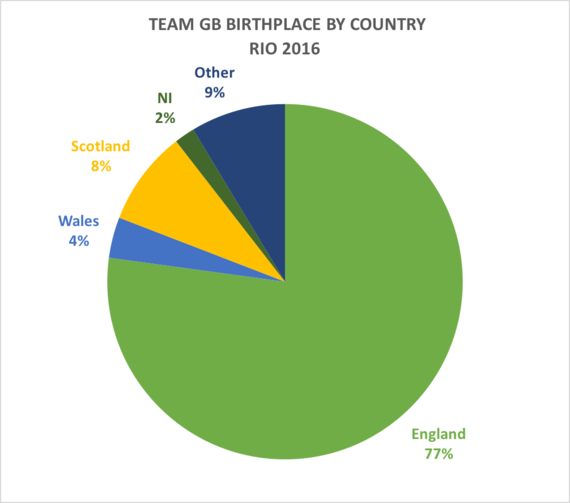 Absolutely no surprise that England, with 84 percent of the population of the UK, make up the majority of the athletes birthplaces. What is interesting though is that Scotland, Wales and Northern Ireland put athletes forward in numbers directly in correlation with their population percentage. 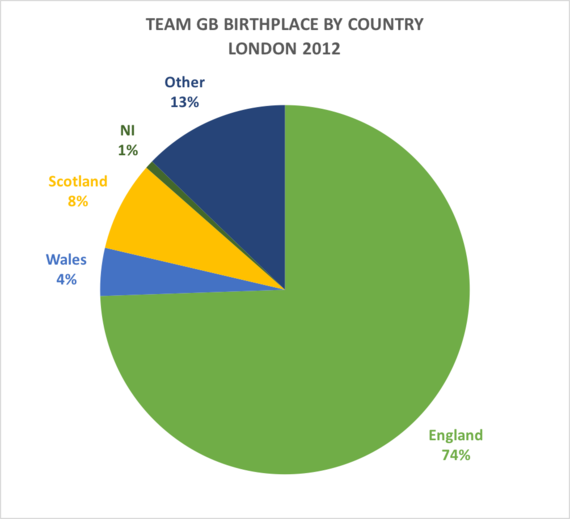 London 2012 was one of the biggest in terms of British Olympians put forward. And rightly so, it was on our doorstep! So who put the numbers forward? Well, again, England had the biggest percentage with 74 percent, but it's the 13 percent of Team GB born outside of the UK that's quite interesting. 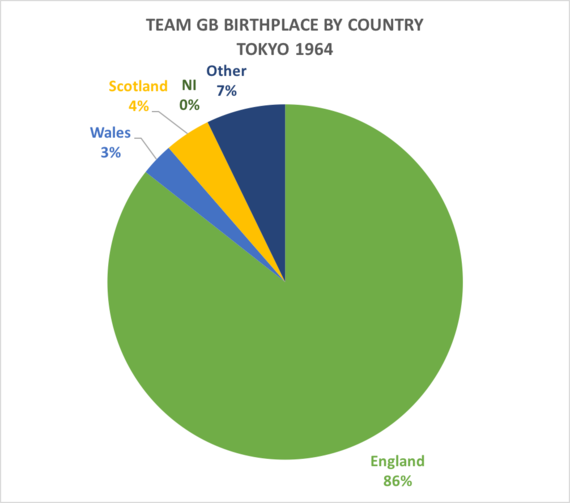 Looking back nearly 60 years, in the 1964 games of Tokyo we see a slight drop in the percentage of athletes contributed by Scotland and Wales. While Northern Ireland didn't provide any athletes towards Team GB in 1964, England managed to produce over 86 percent of the athletes who attended the games. 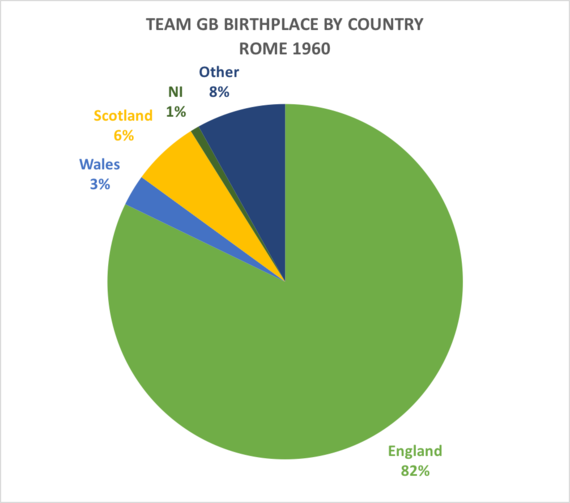 In the Rome games of 1960 again we see numbers put forward in correlation with their population by England, Scotland and Wales, while Northern Ireland also manage to put forward a significant selection of their own for this Olympic games. 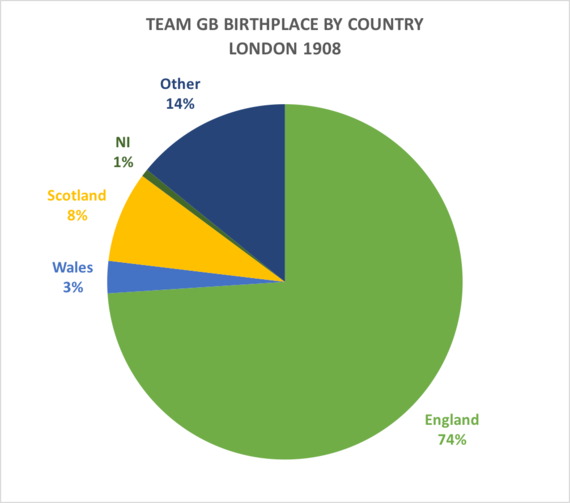 Being the first of three Olympics games held in the UK, the 1908 games of London is still our best performance at an Olympic tournament. Winning a total of 146 of the medals on offer, the success seen in London really was a performance won by all corners of the UK. With all four of the home nations contributing numbers, we also see athletes born as far away as Australia and France performing for Team GB. 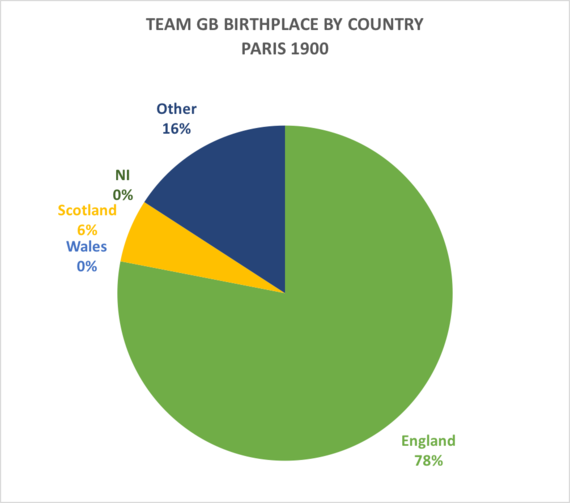 Where the London games (eight years later) would be a huge success generated by every home nation, the 1900 games in Paris was the opposite. Still struggling to find its way after launching only four years earlier in Athens, the Olympics of Paris was still relatively unheard of outside of London and would need several French born athletes to make up the numbers for Team GB.