Robert Hawkins, a fourth-generation Montanan and lifelong fly fisherman, had always wanted to float the entire length of the longest undammed river in the contiguous United States: the Yellowstone. 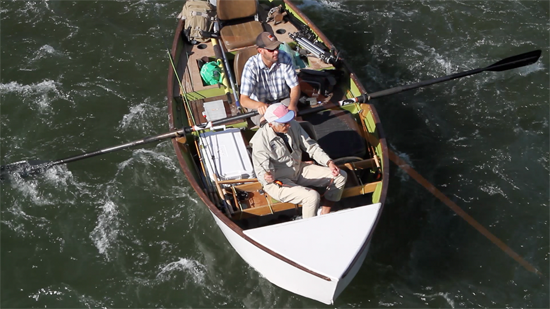 Filmmaker Hunter Weeks, in Montana having just wrapped up his latest directorial release, Ride the Divide, was contemplating his next project. When the two met on a backcountry excursion, they struck up a friendship. Upon hearing of Hawkins' desire to float the Yellowstone, Weeks said, "You know, that would make a really great film." And a plan was born.

The film, Where the Yellowstone Goes, documents a 550-mile journey from Gardiner, Montana, just outside Yellowstone National Park (boats are prohibited inside the park) to the confluence of the Missouri River at Fort Buford, North Dakota. The trip would require intensive planning, two boats plus a road crew, and 30 days on the water. 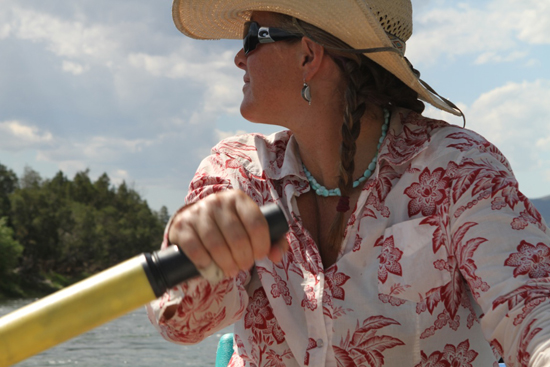 Hawkins took the drift boat he built himself. Shannon Ongaro manned a 14-foot raft carrying supplies and passengers as needed. Weeks filmed from the boats and his father-in-law, John Hall, rounded out the team as camp cook. The road crew, led by Mike Dion, scouted locations and stories and documented the trip from the road. Joining Dion in the second unit was producer Sarah Hall and film student Justin Haight.

Before the crew set off on their Yellowstone adventure, they spoke with Michael Leach of Yellowstone Country Guardians. His passion for the outdoors and for the Yellowstone River shines through in his enthusiastic sendoff. "It's absolutely critical to have journeys like the one you are about to embark upon, and for people to get out there and touch it and feel it and experience it," Leach said. "You're only going to fight to save what you love." 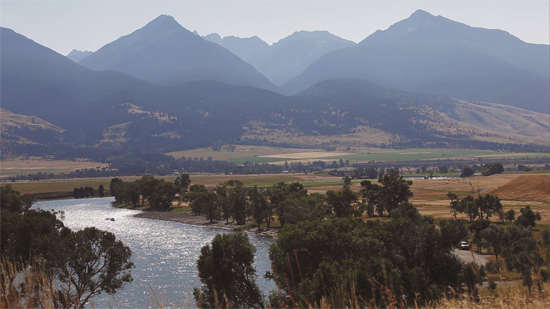 The film was always going to be a portrait of Yellowstone, and a beautiful portrait it is. The scenery alone, particularly in the first third of the journey is breathtaking. Drifting downstream, fly fishing along the way in one of the most beautiful places in the country makes for compelling viewing. And woven through the indelible images in the film -- from joyous to funny to heartbreaking -- is a pitch perfect original musical score by composer Steve Bayley, and fantastic additional music from some of the filmmakers' favorite singer/songwriters.

But the film grew to be about much more than the river. And as the filmmakers talked to residents, ranchers and sportsmen along the way, it became clear that even a wide, powerful river that meanders through some of the most rugged and remote terrain in the United States can be a far more fragile thing than one might expect. Despite having somehow avoided falling victim to one of the more than 60,000 dams on American rivers, the Yellowstone is subject to numerous other threats.

Two months before the float, 63,000 gallons of crude oil spilled into the Yellowstone from a pipe beneath the river, which burst due to record high water flows. The film shows some of the lingering damage and spotlights some of the residents and business owners impacted by the spill and the cleanup (limited as it has been). 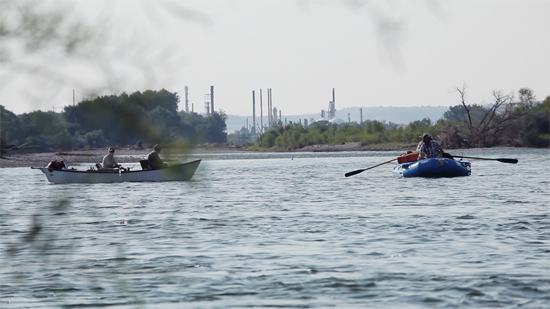 Elsewhere along the river, ranchers and other residents have installed 'rip rap' along the shoreline. Rip rap, large, angular rock that helps stem erosion of the banks, apart from being generally unsightly, can cause problems downstream. Interviews with workers from Trout Headwaters taking inventory of rip rap along the river, and with frustrated ranchers desperate to stop the erosion of their property, reveal some of the challenges of striking a balance on the Yellowstone -- the health of the river and its immediate surroundings on one hand, and the interests of those whose livelihood depends on that river on the other.

Furthermore, much of the banks of the Yellowstone along some stretches have been leased for natural gas drilling. And as enterprises along the river change the landscape, fewer and fewer of the natural cottonwood, alder and willow trees along the river remain. This vegetation is crucial to the natural health of the river and its banks, and does not grow back easily once it is gone.

Where the Yellowstone Goes does an admirable job of pointing to these threats and to the importance of a responsible stewardship of the river without being heavy handed. But the message is there, and the more you watch the film, the more attached you get to the river and the colorful characters and places encountered along the way, the more personal your involvement becomes. You care more about the oil because you met the sheep farmer whose farm was covered in it. You wish for the success of the fishery because you watched the retired schoolteacher whose husband died a few years ago catch her first trout since the last one she caught with her husband. These personal stories breathe life into the film and into the river itself. 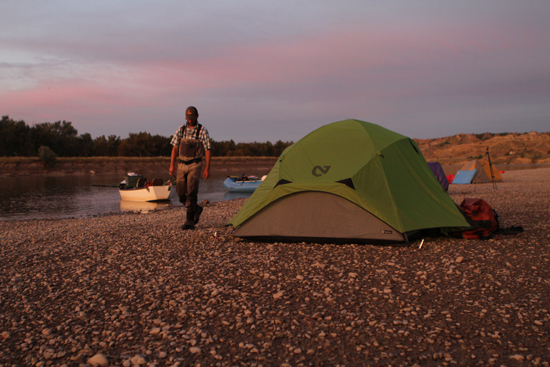 The film introduces, among others, a saddle-maker, a shepherd, a pilot and the 'cake ladies' (who almost stole the show). And all have fascinating accounts of the history and importance of the river to their lives. The film becomes, as the river has become, not just the water and its banks. Not just the cottonwoods and rip rap, or the towns along its shores. But where the Yellowstone goes, it turns out, is to and through the lives -- past, present and future -- of those who live and work here.

Where the Yellowstone Goes, as it is shown to audiences across the country, will no doubt add to the ranks of those who fall in love with the Yellowstone River and the people, mindset and lifestyle surrounding it. And once they love it, there's hope they will fight to save it.

To see a schedule of screenings of Where the Yellowstone Goes, get information about hosting a screening at a theater near you, or to purchase the DVD or soundtrack, visit www.wheretheyellowstonegoes.com.

All photos courtesy of Where the Yellowstone Goes.