The recent debut of the Expo Line, the first of many public transportation initiatives to come in Los Angeles, spurs one question: Where will it take me to eat?

The line spans from downtown to the Santa Monica Pier, and since I hail from the Westside, we'll start at the ocean and head east roughly halfway, to Culver City. Here are three great dining destinations on the journey.

The Lobster
Expo Line's downtown Santa Monica stop is within sight of the pier and seafood restaurant, The Lobster. The name says it all because this spot overlooking the Pacific serves up the crustaceans any way you like them: steamed, grilled, butter poached or paired with filet Mignon. 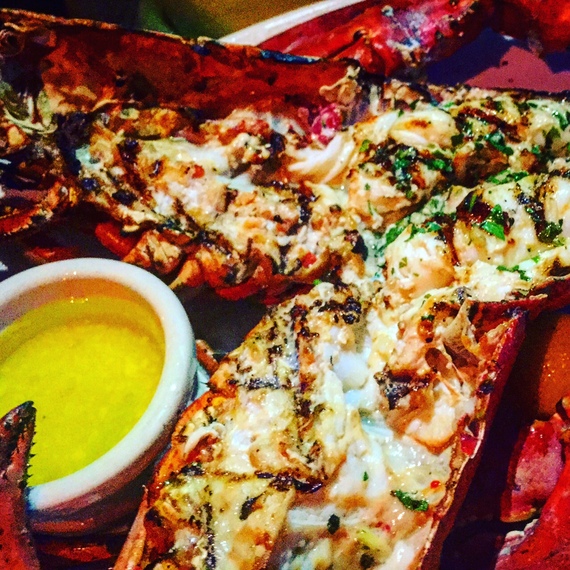 There's a reason it's called The Lobster - Photo by Gina Hall

Despite proximity to the pier, there's a distinct local vibe to the spot. It's not the tourist scene happening just outside its doors. The restaurant, which was established back in 1923 as a seafood shack, was remodeled in the late 90s to provide huge windows overlooking the ocean. I timed my visit with the sunset and caught a spectacular show.

Consider starting with some fresh oysters from the raw bar and pairing with a cocktail they call Eastside of the Pier: Barr Hill honey-infused gin, muddled cucumbers, mint and lime. What's especially surprising about this spot is Executive Chef Collin Crannell's focus on small plates. I highly recommend the tender pan-seared Spanish octopus and the Hawaiian prawns, which are soaked in a zesty sauce of brandy, garlic, shallots and shrimp butter, and served over Ciabatta. 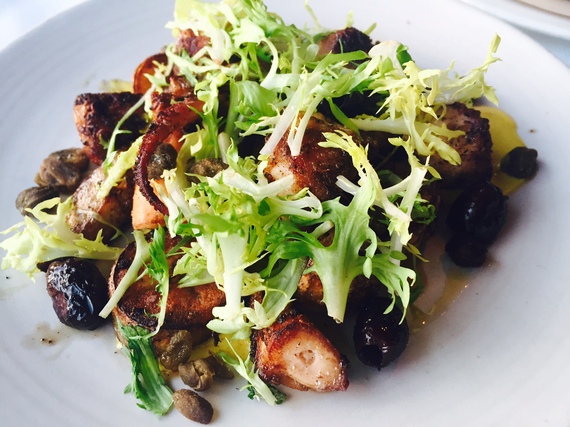 If you don't get the lobster as an entree, then go for the sweet and flaky Alaskan Golden King Crab. Finish off the evening with the decadent pineapple upside-down cake and your favorite scotch or tawny port.

Freddy Smalls
If a gastropub is what you're craving, then make a stop at Freddy Smalls. Nestled between stops, I'd recommend getting off at the Expo/Bundy stop -- don't worry, the short walk will help work up the necessary appetite to tackle this place.

All of the small plates are amazing here, but we really need to talk about the fried Brussels sprouts served in a cider glaze with smoked goat cheese. I know, why go to a pub to eat veggies? As someone whose mom served these boiled (yeah, gross), I never thought I'd eat Brussels sprouts as an adult. Freddy's version is the one that changed my mind and is an absolute must-order on the menu.

Every sandwich on this menu is a winner, but I'm partial to Freddy's French dip, served with horseradish cream on a toasted onion roll. Wrap up the meal with one of the housemade ice creams. The best part of using public transportation is not having to worry about getting tipsy. If you imbibe -- and the libations here are very well curated -- plan on taking advantage of the darker spirits on the menu. There are dozens of varieties of bourbon, rye, Irish whisky, single-malt and blended Scotch, including some interesting Japanese labels.

Akasha
If exotic fare is what you crave, then hop off at the Culver City stop and head to Akasha. The open and airy dining space is a great atmosphere for a casual lunch or romantic dinner.

I send people to Akasha specifically to get the Lavender Drop, made with Rain organic vodka, lavender-infused lemonade, agave and a lavender-sugar rim. It's completely worth the trip if you just order this drink. Hungry? Then a must-have is the Tandoori spiced chicken wings. Chef Akasha Richmond's are served with mint relish and tamarind-date chutney.

I do realize this is a Westsider-centric look at the Expo Line -- my apologies to those of you east of La Cienega -- I hope to eat my way downtown in the very near future. Give me some time, the line's only been open a month. 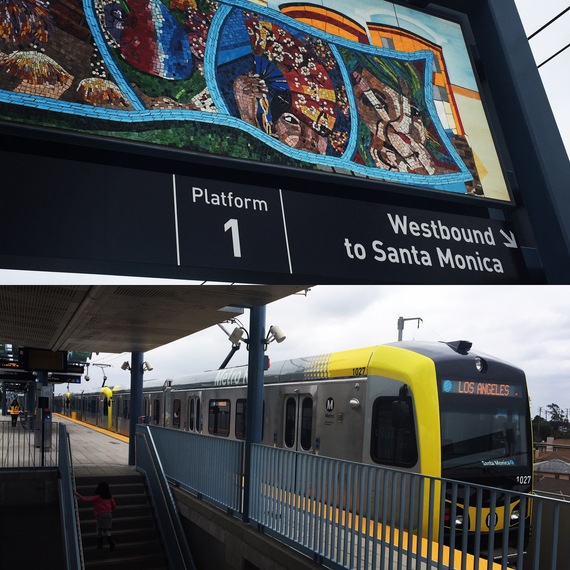