During my assistant years in Los Angeles, I always stressed about where to send my boss to dine. You don't get to try out a lot of hot spots on assistant wages and, let's be honest, you're not really allowed to leave your desk to eat anyway.

But scheduling business meals is part of the job, so I"ll let you in on where you should be sending your boss to eat and maybe he'll give you a raise, or at least bring you back some leftovers.

Downtown: Preux & Proper
One of the hottest new restaurants of 2015 is Preux & Proper. Occupying the flatiron building former home to The Parish, this New Orleans-inspired small-plates joint in the Art District has quietly opened last December and has since been gaining traction as a go-to spot for high-end Po'Boys and French Quarter-style cocktails. 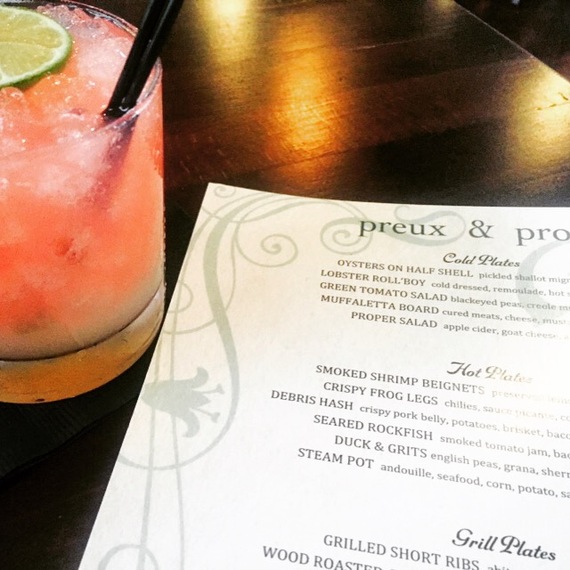 Nothing makes an afternoon go smoother than a mellowed-out boss, so get her started with a Drunken Watermelon, featuring Stillhouse Moonshine. A Southern Peach will also do the trick, or for something more traditional, there's the Vieux Carre or the classic New Orleans drink, the Sazerac. 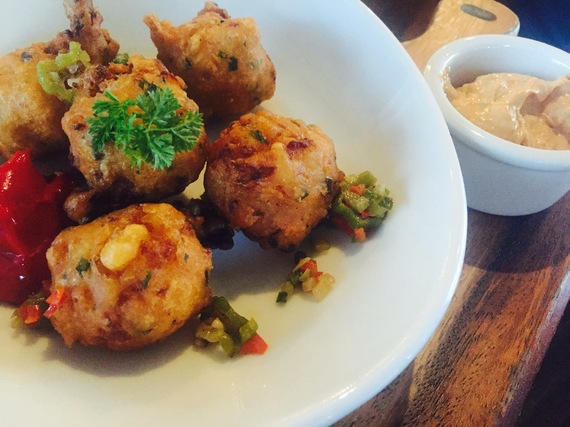 Exec Chef Michael Ruiz, formerly of The Morrison, developed the menu, which features daily lunch specials, such as Wednesday's Shrimp 'n' Grits or Friday's Jambalaya. Any day is a good day for an Oyster Po'Boy, of course. Personally, I think the Brisket Dip -- with hot mustard, bacon jam and delicious house-made pickles, is one of the best I've ever had. Heading there for dinner? Can't miss the smoked shrimp beignets, they're small bursts of flavor like none you've ever tasted. 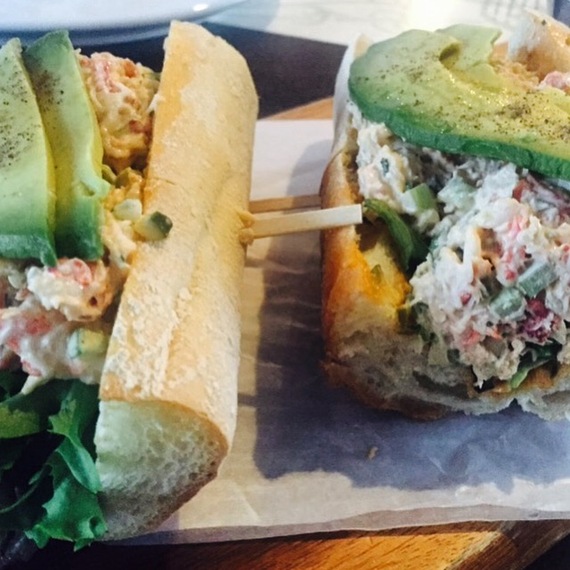 Culver City: Akasha
If your boss does business with Sony or any of the digital networks around Culver City, you can't do much better than one of the area's mainstays, Akasha. The open and airy dining space creates a perfect see-and-be-seen atmosphere that isn't too loud when the boss needs to talk business. 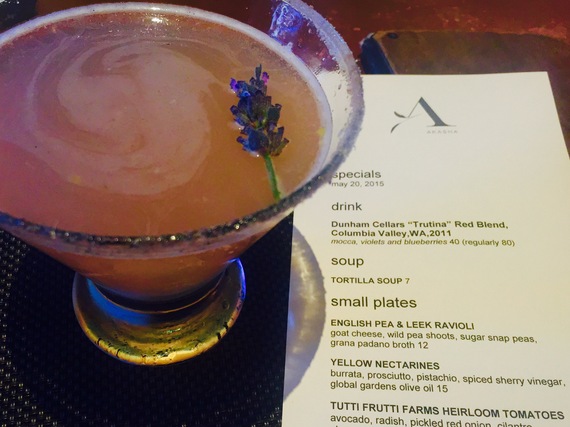 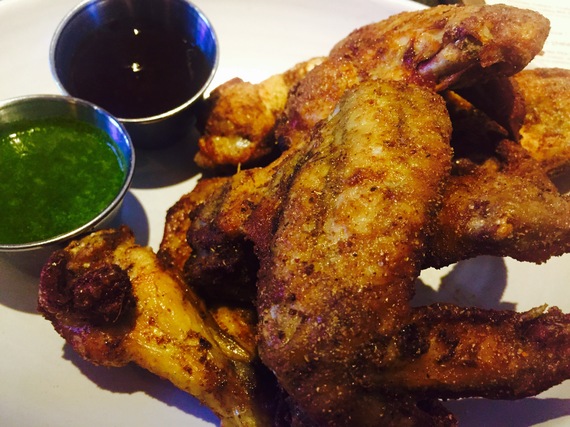 Boss at a loss on what to eat? Four words: Tandoori spiced chicken wings. Chef Akasha Richmond's are served with mint relish and tamarind-date chutney. The boss is sure to impress any client with that pick. 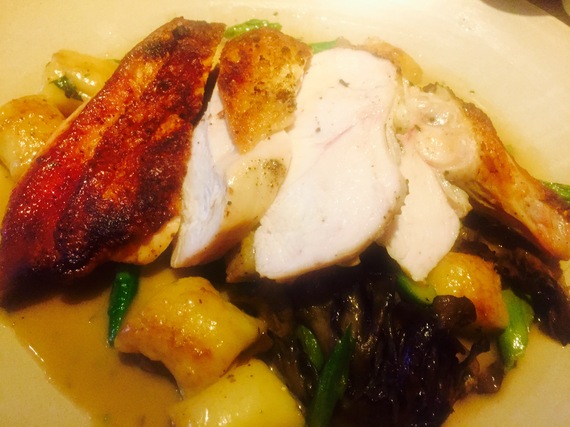 And since all bosses seem to be on some low-carb diet of sorts, you can't go wrong with recommending the Austrailian sea bass or the very tender pan-roasted Mary's chicken, served with heirloom carrots, braised greens, carrot puree, whole grain mustard jus and pickled mustard seeds. Of course if there's room for a small indulgence, the creamed corn and housemade onion ring sides shouldn't be skipped.

Santa Monica: Estate
The restaurant of the moment is Estate, featuring a gorgeous dining room in the former Parlor space along a nondescript area of Wilshire. For the boss who wants to be in the know about the latest dining trends (and don't they all?), a meal at Estate is essential. With a weekday happy hour from 5-7 p.m., why not get him out of the office a little early?

The watermelon cocktails -- a huge trend this summer -- continue at Estate, with it's own version featuring vodka and mint, as well, and garnished with a square chunk of melon. A fine selection of California craft beers are on tap, including an even better variety of cans, such as Ballast Point's Sculpin and Golden Road's Wolf in the Weeds IPA. The wine list, meanwhile, is as international as former Buddha Belly chef, Hisashi Yoshiara's menu. 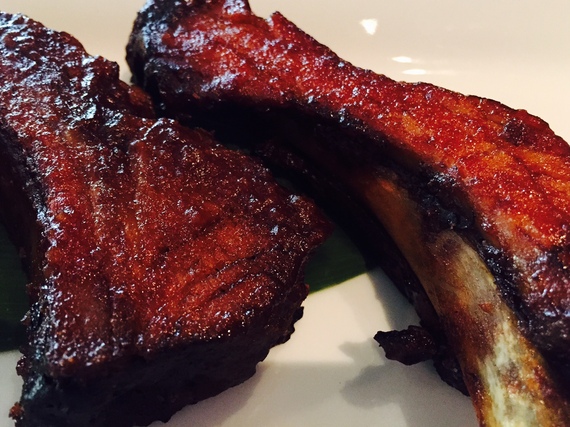 And while that menu may lack a cohesive narrative, it doesn't lack for flavorful dishes beginning with the Miso-Glazed Japanese Eggplant, which is unlike any aubergine you've ever had. Similarly, the potato-spun scallop with edamame in a green curry vinaigrette is equally stunning. Entrées are more traditional but no less delicious. What boss wouldn't love a Beeler Farms pork chop wrapped in cherry wood-smoked bacon in a balsamic-thyme sauce alongside caramelized Cippolini onions and mashed pumpkin? 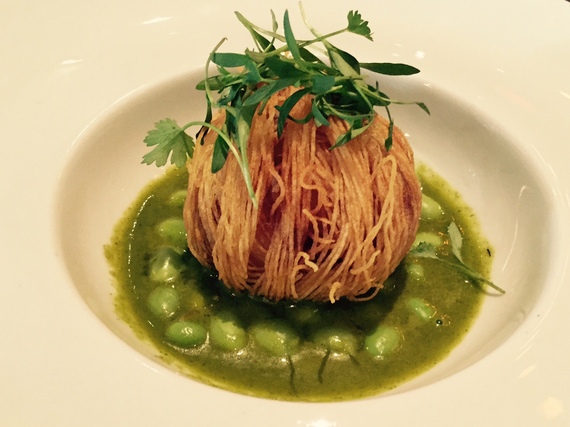 Mid-City: Ray's + Stark Bar
Among my favorite patio dining locations in town, Ray's + Stark, at the Los Angeles County Museum of Art, is as delicious as it is stylish. Plan for a long lunch because the boss will want to check out a couple of the latest exhibits or maybe stick around for some Friday evening jazz.

The umbrellas and the breezeway will help cool down the summer temps, but if she needs more cooling off, no worries, Stark Bar has one of the best mixology programs around, showcasing herbs straight out of the garden in back. To beat the heat, I'm going to prescribe the Rosé Wishes & Lavender Dreams: gin, French rosé, lavender syrup, a few squeezes of lemon and a sage garnish. 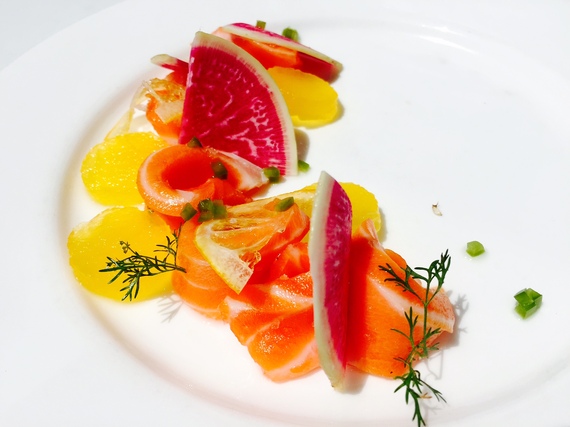 This summer, Ray's is celebrating rosé along with lobster. Lobster three ways, in fact: lobster roll, English pea Ravioli (with chunks of poached lobster) and lobster pot pie. The pie is a delicate pastry puff encasing a gooey broth of corn, bacon, leeks and carrots. If the boss has a crush on crustaceans, Executive Chef Viet Pham will fulfill those culinary desire. 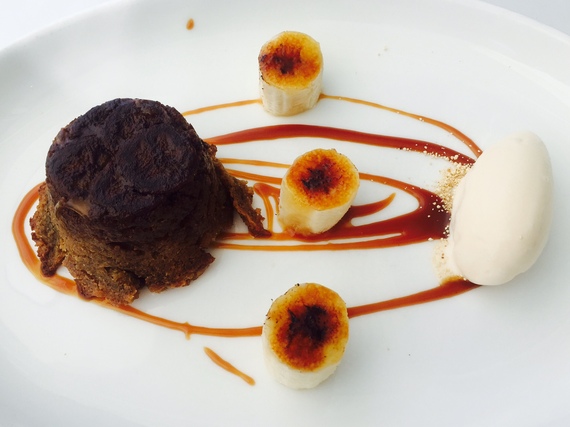