The best bar in America isn't a bar at all. It's the great outdoors: parks, sidewalks, beaches, porches.

As we explained in a long feature on public drinking laws published this weekend, most cities and states across the United States have banned street-drinking over the past 40 years, for a variety of historical factors. But our analysis uncovered 20 cities that either have no public drinking ban on the books or have specifically permitted public drinking in designated "Entertainment Districts." You can find them all on this map: 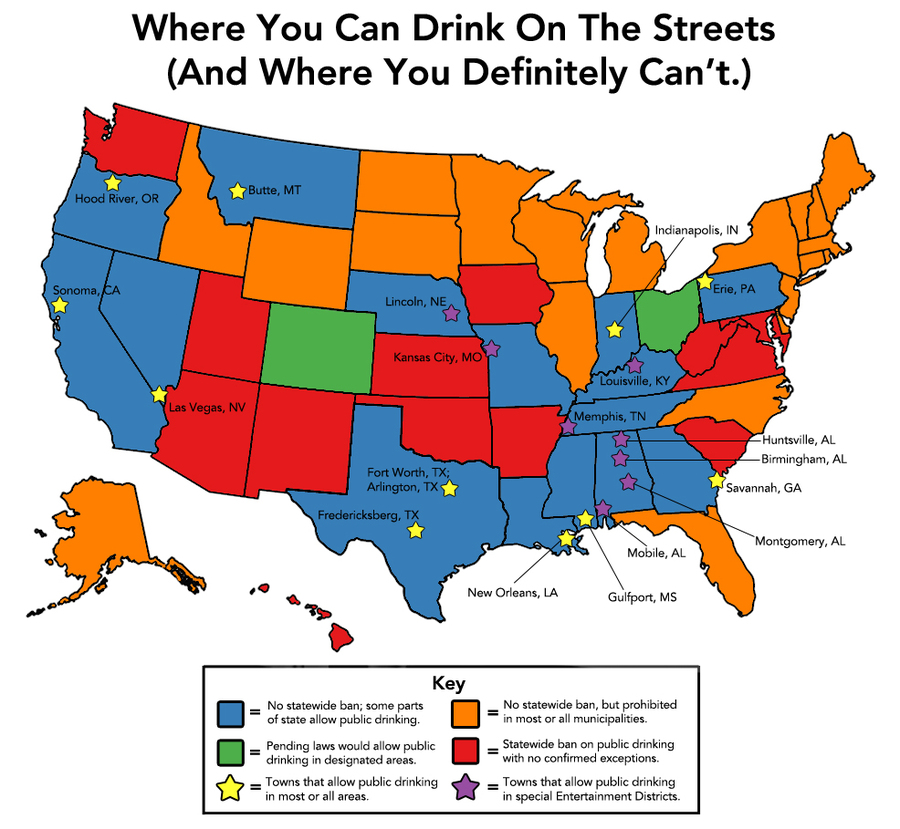 If you don't live in one of those starred cities or a foreign country that's more permissive than the U.S. (and don't plan to move there ASAP), you still have options. Even in America, most places let you drink at sidewalk cafes and on boats.

And there are tons of ways to skirt public drinking laws more directly by concealing your booze. The most classic is a brown paper bag around your drink, but that's kinda risky. (The NYPD uses a "sniff test" to determine whether the drink you're carrying is alcoholic, and the nose isn't fooled by a container.) So we'd emphatically endorse the Beer Belly and the Beer Rack.

Two last disclaimers: It's possible that there a couple other cities in various parts of the country that allow public drinking. And you can still be arrested or ticketed in many of the starred cities if you're causing a ruckus or, certainly, driving drunk, so don't go overboard.